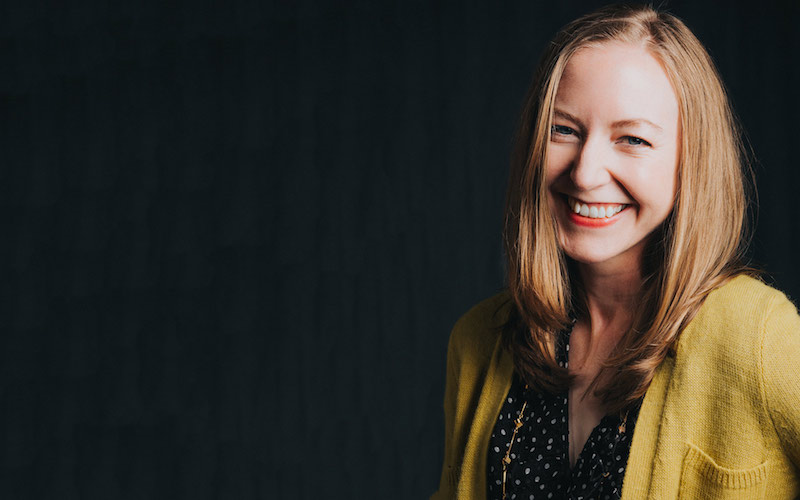 Elisa Gabbert is the guest on this week’s Otherppl. Her new essay collection, The Word Pretty, is available from Black Ocean Press. This is Elisa’s second time on the podcast. She first appeared in Episode 241 on January 8, 2014.

Gabbert is a poet and essayist whose other books include L’Heure Bleue, or the Judy Poems (Black Ocean, 2016), The Self Unstable (Black Ocean, 2013), and The French Exit (Birds LLC, 2010). The Word Pretty was a New York Times Editors’ Pick, and The Self Unstable was chosen by the New Yorker as one of the best books of 2013. Elisa’s work has appeared in the New Yorker, the New York Times Magazine, the New York Review of Books, the Guardian Long Read, Boston Review, the Paris Review Daily, Pacific Standard, Guernica, The Awl, Electric Literature, the Harvard Review, Threepenny Review, Real Life, Catapult, Jubilat, Diagram, and many other venues. Elisa is currently writing a book about disaster culture and human failure, The Unreality of Memory, forthcoming from FSG Originals. She lives in Denver.

Other adventures: Elisa writes an advice column for writers, The Blunt Instrument, at Electric Literature. Send her a question at blunt@electricliterature.com. She occasionally writes about perfume for Bois de Jasmin. She occasionally teaches at Lighthouse Writers Workshop. She has co-written several collaborative collections with Kathleen Rooney, including That Tiny Insane Voluptuousness. She holds degrees from Rice University and Emerson College.

“I don’t feel it’s good art ever. When people are like, ‘TV is good now,’ TV has always been entertaining. It’s not that it isn’t entertaining; the problem is that it’s too entertaining and super addictive.”

Elisa Gabbert: It’s not that we don’t have a TV; it’s that I don’t watch TV on my computer, my phone, or whatever. It’s not that I’ve never watched TV. [laughs]

Brad Listi: You didn’t grow up in a house without TV?

EG: No, no. I’ve watched plenty of TV in my life. I know what TV is like, but I don’t like it. I don’t feel it’s good art ever. When people are like, “TV is good now,” TV has always been entertaining. It’s not that it isn’t entertaining; the problem is that it’s too entertaining and super addictive.

BL: You’re not as enriched?

BL: What about cinema?

BL: They have the Criterion Channel now.

EG: Right, but I think most new movies are total garbage so I rarely see movies.

BL: Isn’t that weird how we used to go all the time? Maybe it’s a function of time and life and kids and schedule. I’m not sitting around thinking that I am missing out.

BL: They’re just churning out one comic book movie after another.

EG: That’s so boring to me. I would rather do anything else. I’d rather watch TV.

BL: Some of them can be good. It’s just too much for me.

EG: It’s so deeply not my thing. All those universes: I’m not into Star Wars.

BL: But so many people are.

EG: I don’t get it. It doesn’t do anything for me.

BL: So let’s go through a day in the life of Elisa Gabbert, since you work a day job too.

EG: I do. It’s part of the reason I felt like I had to change my life. My day job is pretty demanding. I work on East Coast Time, so I usually get up and I’m working by seven.

BL: What, you work in finance or a stockbroker?

EG: I’m a director of content and SEO for a software company. I do content strategy . . . I’d rather not talk about it, not because it’s confidential but it’s dull. Not to me, but it’d be dull to your listeners. I do that until 3:30/4 o’clock. I’m usually drained but if I can, I usually go to the gym or a run, which clears my head. Then, I’ll make dinner, and I’ll have the rest of the night to do what I want with, and I really just spend it reading or other literary pursuits because that’s the time that I can do it. If I want to write, I can really only do it on the weekends because I need that fresh morning brain.

BL: This makes sense to me, from an ecosystem perspective, that you would be feeding your head Monday through Friday in the evenings because it’s just so evident from reading you. Not only because you talk about it explicitly, but also it just comes through that you are reading in a serious way, widely and deeply. You have for a long time, and it always shows up in the work. Now it makes sense from the manufacturing standpoint: you read all week, pack your head full of interesting ideas, and I’m sure you’re chewing on it during the day . . . that makes sense to me how that would work, and it seems to be working for you.

EG: It’s become a process that works for me. If I travel a lot during the weekends, I get anxious about the fact that I haven’t had a chance to write for a while. I used to read more on the weekends because I didn’t have as much writing to do, so I’m at a place in my life now where my writing is taking away from my reading time. I resent that. I wish the balance were a little more reading, because I love waking up early on a Saturday and reading until noon. 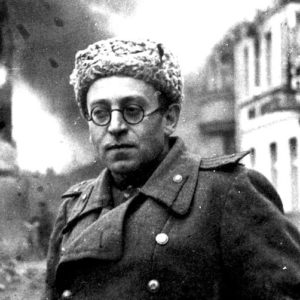 Victor Shtrum, the protagonist in Vasily Grossman’s novel Life and Fate, did not have to be invented. A Jewish nuclear...
© LitHub
Back to top