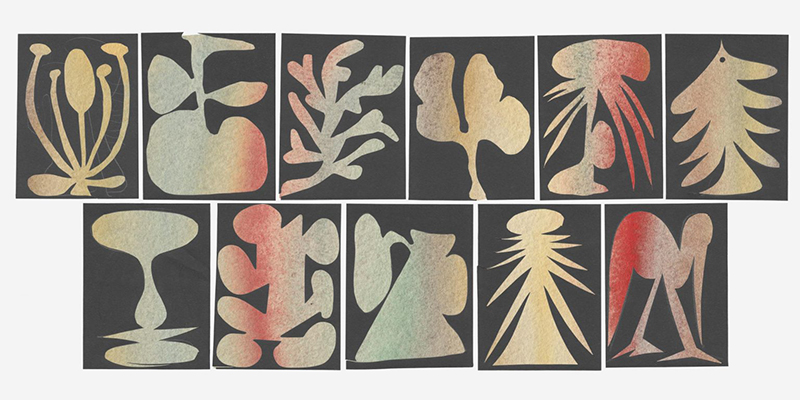 In this episode, David Haskell invites us into the unique, and sometimes surprising, aromas of eleven different species of trees.

We crack the windows on summer’s first warm days. I taste diesel smoke, acid and oily. The fumes rise from the bus stop directly under the fourth-floor apartment. The odor sinks to my gut, a thin sheen. The ice-cream truck across the street runs its generator all day, into the night. Its exhalations cling high in my nose, a bitter sinus-cloud. Then, one morning in June, honey and wild rose reach through the window. Combustion odors flee. A hint of lemon rind rolls close behind.

All week, the street air is drunk on basswood flowers. The knots inside us loosen.

The tree is a giant, rooted in a roadside park across four lanes of gunning engines from our window. From tens of thousands of tiny creamy mouths, the tree exhales its spell. Herbalists and biochemists agree: tinctures and teas made from the flowers or leaves of basswood and its sibling, linden, soothe our harried nerves. The tree lays a calming green hand on anxiety’s brow, tranquilizes the neural pathways of pain, and weaves its aromas into the fractures in our central nervous systems. We breathe the tree, no longer dis-eased.

The flowers fall later in June, and the city reasserts its grip on our senses, a tight haze. But, now we are joined to the tree by the lingering imprint of its aroma. Years later, I feel the tree’s touch resting inside me.

I kneel at the pile of fresh wood chips and scoop a double handful to my nose. A wet-green aroma: chopped lettuce and asparagus, backed by a whisper of tannin. Four hours ago, an ash tree stood here. Now, its trunk and limbs are gone, hauled off by the arborist’s crew. A stump grinder’s spinning maw turned the trunk’s base and the upper roots into a heap of pulverized sawdust. A circle of golden leaves on the ground marks the extent of the canopy, an imprint that will be raked away by evening.

I lower my head and inhale again. Chopped fennel, a hint of mushroomy soil. The odor is intense, like diving in, mouth open. All at once, years of slowly accumulated aromas in ash wood are liberated into the air.

Further down this street, three other ash trees came down today. Across North America, hundreds of millions of ash trees are gone, an erasure caused by one species of beetle, the emerald ash borer. This beetle somehow found its way from East Asia to southeastern Michigan, and, in a little over a decade, spread and expunged from city and forest alike one of America’s most common trees. The next morning, I return. The odor is already muted. I smell churned soil and a hint of yesterday’s green.

The gentle aroma of ash leaves, a complement to the sharpness of oak and the spice of pine, no longer threads through this neighborhood. These aromatic chemicals were phrases in the trees’ conversations with one another. The trees’ compatriots—native insects, fungi, and microbes—used the aromas to find their homes. In this loss of sensory experience, this impoverishment of ecological aesthetics, our bodies understand the extinction of biological connection, vitality, and possibility.

In your hand: a highball glass, beaded with cool moisture.

In your nose: the aromatic embodiment of globalized trade. The spikey, herbal odor of European juniper berries. A tang of lime juice from a tree descended from wild progenitors in the foothills of the Himalayas. Bitter quinine, from the bark of the South American cinchona tree, spritzed into your nostrils by the pop of sparkling tonic water.

Your drink was mixed by the hand of colonialism. For centuries, the astringent oils of juniper berries flavored and preserved the meats, beers, and spirits of Northern Europe. Gin, distilled from grain but flavored with juniper, is named for the tree—genevre, the Old French word for juniper. By the eighteenth century in Britain, gin was cheaper and flowed more abundantly than beer. Juniper seeped to other continents as colonists carried their tastes across the seas.

In the tropics, gin soon found a sylvan companion. An infusion made from the bark of cinchona trees eases malarial fevers. After Jesuit priests documented the bark’s effectiveness in the seventeenth century, likely inspired by the medicinal uses developed by Indigenous people, Spanish colonists in South America monopolized trade in the bark. Cascarilleros, “bark workers,” cut trees, then stripped and dried the bark. Demand for the bark surged in the following two centuries as colonial expansion continued, decimating wild cinchona populations. Spurred by scarcity, British, French, and Dutch botanists eventually sent cinchona seeds to Europe, then established plantations in their Asian colonies, especially in Java. Chemists isolated the active compound—quinine—and these plantations fed an industrialized supply chain. By the early twentieth century, 90 percent of global trade in quinine from cinchona came from Dutch colonial farms in Asia.

But quinine alone is a bitter draft. So, British colonists in India dissolved their medicine in tonic water and stirred in some gin. A dash of sugar and a wedge of lime added flavor and aroma, especially when the lime’s skin was slightly twisted to release its store of oils. A colonial troika of trees: juniper, cinchona, and lime.

Take a sip, feel the aroma and taste of three continents converge.

Gin and tonic manifest for our nose and palate the global tangle of trees in our lives. We sit on furniture assembled from unknown forests across the world, read paper sourced from plantations thousands of miles away, live in buildings made from dozens of trees reconfigured into plywood and lumber, and dine on fruits and oils brought to us by modern colonial trade networks.

The highball glass, beaded with cold sweat, is a mirror.

Julia Phillips on Why She Wrote Disappearing Earth 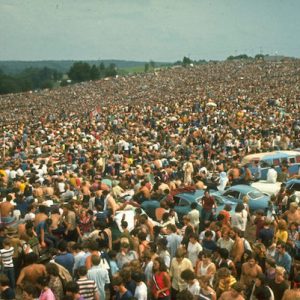 Abbie Hoffman had been hearing rumors about an upcoming rock concert on farmland a couple of hours north of New York City...
© LitHub
Back to top