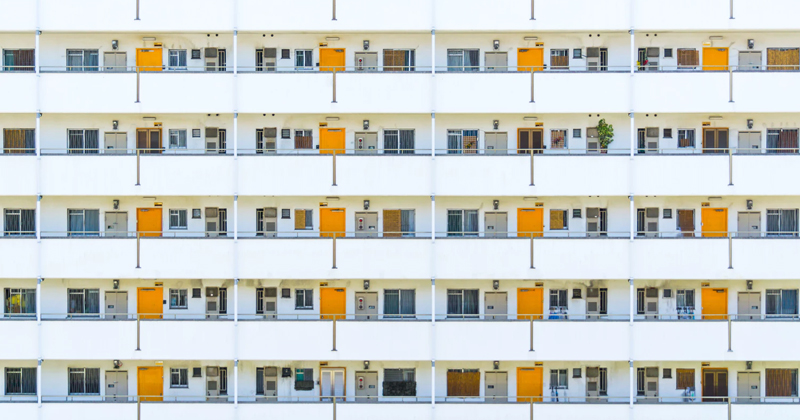 Elephants in the Garden By Meral Kureyshi

Meral Kureyshi will be appearing as a featured writer at The Festival Neue Literatur, March 23–25. The following is translated by Robert Cantrick.

Your coffin is in the ground. You wanted to be buried in Prizren. For a month I’ve covered my hair with a white headscarf every Friday morning and said the “Yasin,” the prayer for the dead, for you.

From the ninth-floor window I see Anne leaving the building. I know there’s a Marlboro stuck between her lips. In her purse, which must be older than I am, there’s definitely one of those red and white packs of cigarettes. She’s barely outside when she lights a cigarette with a lighter that she’s been warming in her hand. She takes a drag on it, narrowing her eyes as though it’s too bright. Her chest heaves. When she exhales, she disappears for a moment in a cloud of smoke. She doesn’t like smoking alone, she never did, and now she stands there looking like a heating stove that nobody needs because

Her purse is made of black pigskin. Pigskin is cheap. It’s big and has a long strap so that in winter it will fit over the padding on her shoulder. When I go to look for a pair of tweezers in it, I find a little inside pocket. The zipper looks like a wound from which the stitches were never removed. I open the zipper tooth by tooth and find a wooden comb that belonged to

Anne takes a collapsible cane from the purse. I watch as the cane sweeps wide from left to right. Today two new canes came in the mail; the tip of the old one wore out.

You would like our new apartment. The floors aren’t carpeted, and from the ninth-floor balcony you can look out over the rooftops and see into other apartments. You always did like Bümpliz. You used to come here for shopping, a lot of your friends lived here, and you went to mosque in the basement of a high-rise building for the Bajram prayer with a large group of Albanian men.

We looked for an apartment for five years. After you died we found one in a high-rise on the outskirts of Bern where twenty-seven foreign and three Swiss families live.

“My, but your German is good,” the landlady said to me, very loudly and distinctly.

“We’ve lived in Switzerland since I was ten,” I replied. Ever since we moved in, we’ve said we would put pictures on the walls. They’re still bare.

Anne goes to the school for the blind by herself. She goes shopping at Alima, the Turkish store, and takes the train to Biel to visit her friend Emine. Franz comes once a month to teach her new routes, which she then proudly shows off, leading the way while the rest of us

My brother is twenty-two now, two years younger than I am. He wants to be a graphic artist, sleeps half the day, and his room is always dark and dirty. My sister, to whom I’m more of a mother than her own mother—my mother, our mother—is ten years younger than I am. Anne protects her as though she were a delicate piece of jewelry. She never treated us that way. When my brother was little, she always used to beat his behind with stinging nettles when he wet the bed.

I look for more things in the wound and find a folded piece of paper. It’s the letter you sent us from Istanbul in the summer of 1991. That was fifteen years ago. It says you want to emigrate to Switzerland, and you ask us to come with you, to trust you. You write in capital letters.

The letter is folded into four rectangles, the paper is browning around the folds, the writing is neat. “A doctor’s handwriting,” I can hear you say. You didn’t become a doctor, you cleaned doctors’ offices, and when we came to visit, you put on the white lab coat that hung behind the door. We sat on the examination table, which you had covered with white paper, and took deep breaths and exhaled so that you could give us checkups.

When the letter arrived, Anne sat down on the sofa in our small apartment in the Kurila neighborhood in Prizren and cried. My brother was sleeping on his pillow under the table. I was standing beside the open door of the house. The wind blew yellow leaves into the room. It was a warm wind, it tickled under my arms. When Anne got up and went past me over the threshold, my head turned toward her and then away again. A brown eye peered from under the table. Anne’s voice sounded far away,

When I licked my lips, I tasted salt.

“People are salty,” Dede, my grandfather, once told me.

Anne put her head between her hands. Anne read the letter to us and wrote back to Baba. Today her words slip through our fingers, and her eyes see through our words.

Anne walks as though she can see. She stops suddenly, and I lean out the window,

“Is something wrong? Should I come down?”

She laughs, turns around, and disappears into the entry way. I’m worried, I hurry to the elevator.

“You forgot to put on my makeup.”

Anne “clapses” her cane, her word to describe that action. She doesn’t need it in the house. She goes into the bathroom, puts the toilet seat down, sits on it, and closes her eyes. I spread the powder on her face with my fingers, trying to cover the red patches on her cheeks. Her skin feels slightly

“How do I look? I haven’t seen myself in ten years.”

She pulls the white scarf over her black locks.

I was ashamed of it. No one in our family wore a headscarf, so why did she have to wear a headscarf now, here, in Switzerland, I thought, and I told her so. Anne told me I should think before I speak. That’s why I started writing. I could write what I thought and no one would tell me to think first.

I was already ashamed that we couldn’t buy new clothes, that we cut each other’s hair, that we were the only ones who didn’t have a car or a telephone. But then Anne had to

go and wear a headscarf, too. We had been different before; now we were “those others.”

In the kitchen Anne takes a bottle of Coke out of the refrigerator. She says she could gain weight without eating, that she could double the kilos on her hips just by looking at food.

I think about the photos she carries in her purse. I don’t have to conceal the fact that I’m going through her purse; I can do it right before her eyes, which can’t see me, as she sips her Coke and laughs. I’m ashamed of myself.

The photos show you and Anne dancing, holding each other tight. There are lots of wine bottles on the table, and the mascara under Anne’s eyes is smeared. Her lips are red. Her nails are red. In one photo you’re kissing. In another one

she’s sitting on your lap and laughing with her head thrown back, one arm around your neck. Anne’s cheeks swell. Her lips part slightly, she lets out a burp.

“That’s gross, don’t ever do that again.”

I go to my room and slam the door behind me. I can hear her laughing.

The apartment door clicks shut. I get up right away and go back to the window. Winter is in its annual war with autumn and will soon win the battle. I wait till she comes out of the entrance, lights her cigarette, and rummages in her purse for her cane. Left, right, left, right. Just before the last bend she turns and smiles broadly. She knows I’m waving to her. 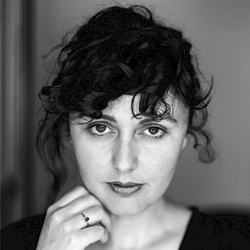 Meral Kureyshi was born in 1983 in Prizren in what was then Yugoslavia. Her parents, of Turkish origin, brought her and her two younger siblings to Switzerland in 1992 when she was ten years old. She has lived there since.

Meral completed her studies at the Schweizerische Literaturinstitut (Swiss Literary Insitute) in Biel and founded the Lyrikatelier (Lyric Studio) in Bern. Elefanten im Garten is her debut novel.

In 2015, she was nominated for the Swiss Book Prize; in 2016 she received the Canton of Bern Prize for Literature; and in 2016, she was chosen for the “Frauenfeld liest ein Buch” Festival. 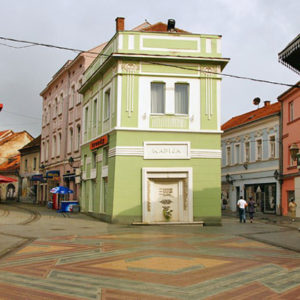 Robert Prosser will be appearing as a featured writer at The Festival Neue Literatur, March 23–25. The following is translated...
© LitHub
Back to top
Loading Comments...