Eileen Myles on the “Astonishingly Vivid” Photos of Justin Kimball

Via Radius Books
By Eileen Myles

I’ve been thinking about these tree stumps well more than that, the remaining flag of a tree, however much is left in the path of destruction. I just read a truism from the lumber industry and it’s “you cut the best, so the best is always left.” I don’t know what that means but I’m sure that it is a lie. I love trees, I am a tree and scrolling through Justin Kimball’s photos without knowing who he is, what age, what color, what part of the earth he comes from and how much money the people who raised him had and what he has now I do note his work holds a couple of trees so I’ll start there. One tree is burning. That’s very upsetting but a huge number of trees are cut down every winter so people can string their holiday lights on them so fire is already just one step removed, or one step prior. People used to put candles on their Christmas trees and eventually, however, those trees were destroyed if they didn’t take the house down with them so there is something glorious and deliberate about this burning. When do you take a photograph. Is there a returning, or is the more obvious, an excited grab, the flush of happening. And buildings of course unlike flaming trees sit for a while. So I’m thinking right away about things vanishing and things durational. There’s a relentlessly graphic thing to Justin Kimball’s pictures. He (and I’m guessing he’s a man) makes a beeline to stuff that’s drawn on or oddly decorated. The boy in the colorful shorts, who stands shirtless next to his friend with duller clothes, is, to my mind, kind of drawn-on or colored-in somehow. And the kid’s own desire to be pretty in his pants is honorable in a tough guy way like going out to “get” a fight or exist in the exact celebration or flowering that makes a kid feel he’s not receding, he’s some kind of loud and yet it’s not spoke. And boundaries are ever getting broached. I see ledges here. Water pouring over, a ledge of dirt like a big meaty slice of land and a camera is a cutting device too. You keep wandering around putting the world in a box. I think that a lot. How do you defeat it. It seems that the square of the frame is avid, taking on all shapes, fluidly or aggressively, plunging forward to see what’s out there anyhow. Is there a community to these? And there’s another tree on a winter corner. All of its branches gone, it’s a prickly spoke surrounded by a phrase of fence. Is photography the inverse of coloring book. You don’t choose these portions of white stuff to paint on the world but snow’s ragged partitioning of day, of year and impoverished corner pulls this book and time and the snow forward and it is indeed a very specific gathering, each pic lifted from one of a million iterations and in trying to hear the music of all that I crop from what I guess he’s cropping from—a world in tatters, making it neat (I don’t mean morally) there there he’s fixing his book. Close it—done. And then opening again. Humans exposed but human privacy is absolute. There’s a constant finality. It’s particular here. What is it. Every day is photo day in snow. Or every day is on the front porch. But snow particularly in the city yields these long standing giant urban wings reminding us of a place it still is. A still permanence is returned to a place by snow. It ages the place. Or drop sit out. It’s just this single brick wall one day in the snow. I picture you, Justin Kimball, passing that wall every day or a lot plaster smeared on brick or is it a poster or a painting of fossilized trees. They seem preserved. A tiny figure passes on the left deep in thought. Though possibly on the phone. The dead deer held in a black light portrait of its own true self forever gazing. Here’s the man I guess who owns the truck who killed the deer one day. Why not. This is religious art. The man obviously believes in an afterlife which is day after day and trucks. 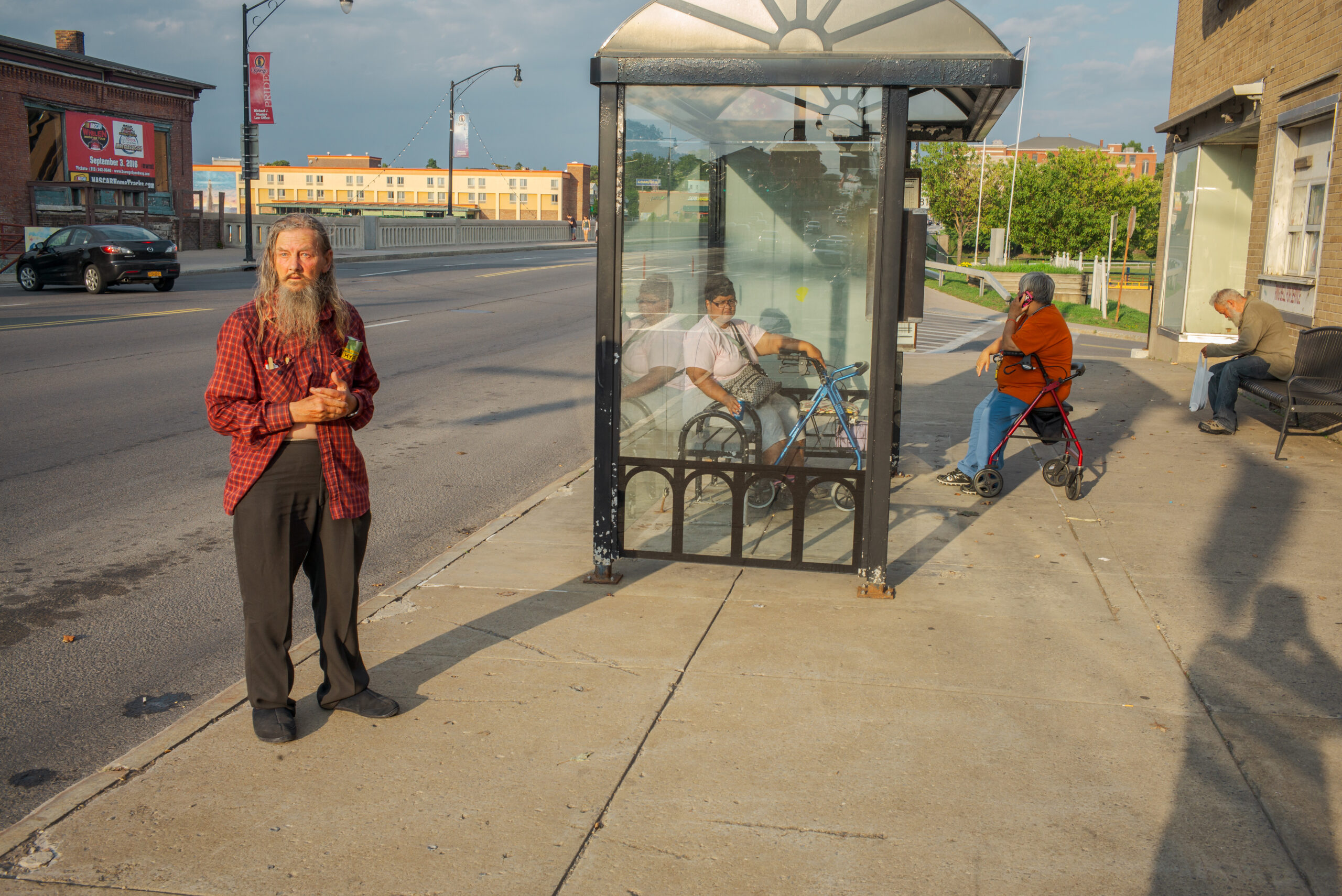 Now there’s three people in this picture. And possibly eight wheels. I stop here wondering if the sole reason for this photograph is all those wheels. I’m considering whether there’s an inherent OCD-flavored tendency like a seeing zoo that puts animals together and winged things and walking things and bearded things, all together in one shot. Cause it seems it would be nice to organize the world that way. There’s also something astonishingly vivid in this one picture, an ecstatically perverse quality. After snow there’s light. It’s time. The exact way the light of day falls on her jeans in two separate times, while heat blazes through the glassy walls of the bus partition. And the bearded guy looking off into the distance is beautiful in some way. Or say, he’s no less beautiful than Leonardo DiCaprio is with his neatly cut hair, his expensive suit and his girth. This blue-eyed man is struck. If not by god then the wonders of this world. Now I’m thinking it signifies. This whole wide opportunity exposed in these photographs. It signifies chance. In its complex rhythms. Like if you keep tossing the die living with your eyes open in a procession of any old days (your life) you will start to wonder about the ways buildings part and people gather and a traffic light goes yellow all at once and the street is open for living of an apparitional sort. I’m willing to argue that this version is saintly. I do feel this is a collection of a religious sort. And now I see the title. Slap head. Who by fire. Yup. And morning is captured framed frozen via the randomness of their condition, the second man a shadow the gas in the sky: cloud, not that way but only this. It’s balletic, the man sits on his stoop. The world indeed is ending verily as that one wall remains. Let’s face it the poor are more exposed. They are living always in judgement day. We know the rich through family footage we see at the opening of successful teevee shows and then one after another the other shows all get in line but the poor are living right on the sidewalk and probably for a couple of bucks they will let you snap away. For the glory. He is a class. And there’s his son. Lineage. The painted lines on the sidewalk lead us askew as his head tips in his oddball glasses and a little white girl in a mediated state of wildness stands on her stoop but the lolly in her mouth and her attention is on the photographer. Was there a fire? It seems there’s always one but time is burning too. There’s dark shadows everywhere and the dark pile of trash in the foreground of another shot advances the likelihood that the couple in the blown up poster-sized snapshot stuck to the door under the archway they must be dead. Cause all around it feels like anyone at any time could die. The dead are the famous is all. But these people (the living) are expressive in their unposed faces and therefore and anyhow they feel vulnerable. I remember when I was getting a photo booth portrait once for a job and I was pretty young and in the first take I just relaxed and all the feelings and fears I held at the moment were too right there so I posed and then I looked smart and handsome and hopeful. These humans filling Justin Kimball’s pictures are not only not giving us their best, they probably don’t believe in it either. They kind of glare not unlike how rock bands used to look on album covers. And similarly that’s why the blaring aesthetic of shorts or shirt or the wild floral blanket you’re sprawled on, or graffiti or spattered paint on the wall, all the kitsch stands in for an other kind of presence or speech. This face is not at work. Fuck you. It is out of work in its particular way. Pictorial, geometric, pagan. The people are in pain alive and thriving in the same old five: sense smell sight hearing and touch across the babbling panorama of these pictures. In a chair, eyes closed, she’s clutching her dog. A tower over a trailer park is a big cigarette. The tower of a factory or some public works they got to install right here. Or they dropped their trailer down. Said: !ne. Even, nice. This is a picturesque form of assault. It’s a bucolic wasteland, a high heel strewn on a lawn with five or six other conditions, vistas, elaborate takes on the wonders of the world! Justin Kimball’s vision seems rich in its passion and oddity and not pitying. In the best sense it’s pathetic. It’s apparitional, it’s occurred, it’s post understandable. Apocalypse medium? Ongoing? America? It’s feline. It’s doggy. It’s iconic, it’s reductive, it’s silly, it’s all food, it’s the special, it’s reflective and farcical, devastated, art and situationist. What did that mean ever after all. It’s the living constant. 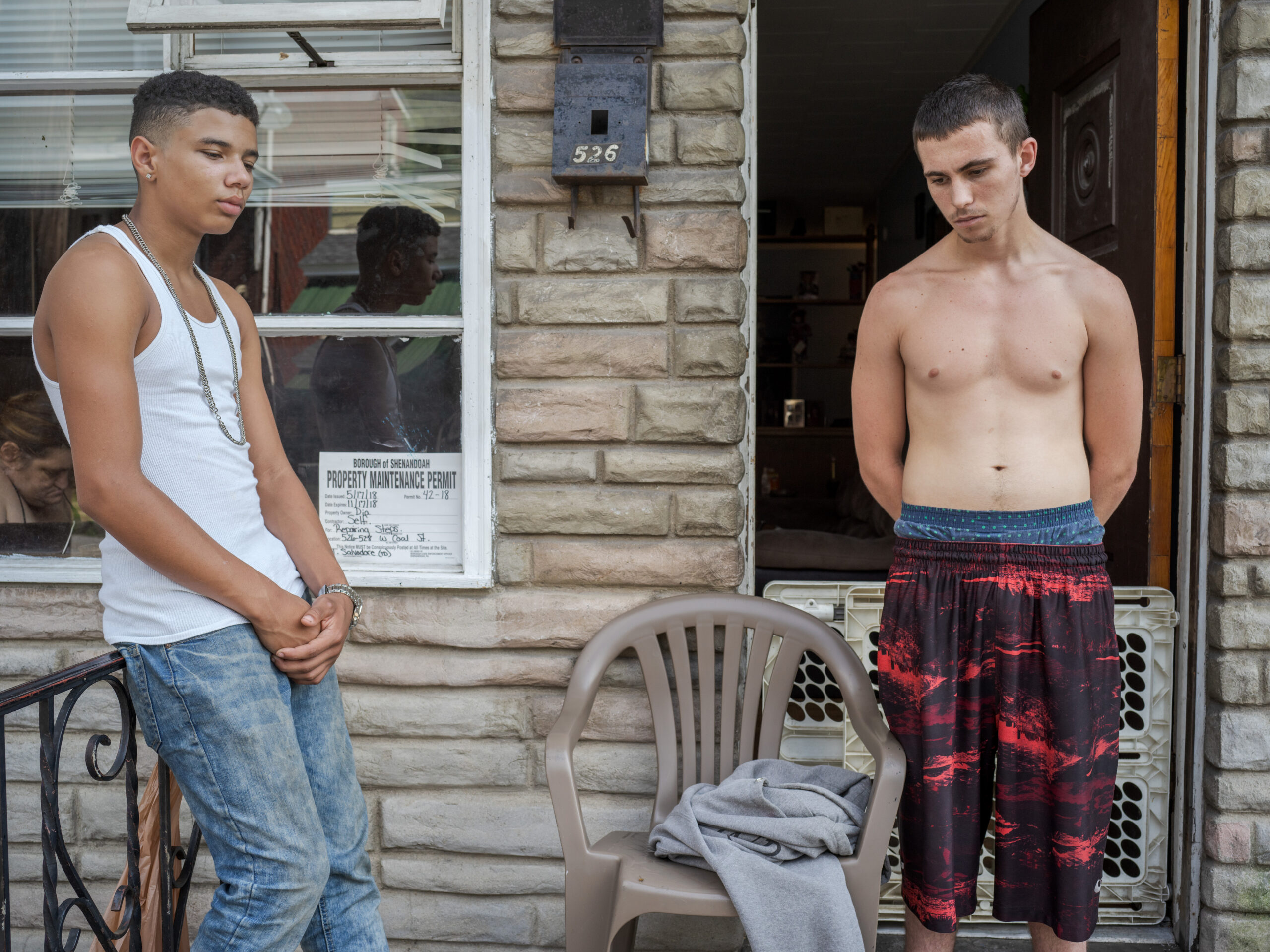 I throw my head back and finish my bottle of diet coke. I think I got it. I hope I don’t have covid & throw it in the trash and this too is quite a picture.

22 Novels You Need to Read This Fall 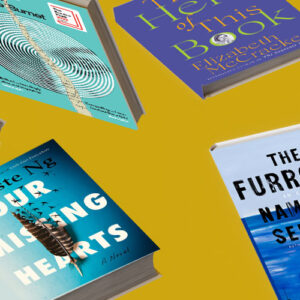 22 Novels You Need to Read This Fall Somehow, it's fall again: cue mugs of tea, the return of socks, and all the biggest books of the year. As always, if you're...
© LitHub
Back to top
Loading Comments...