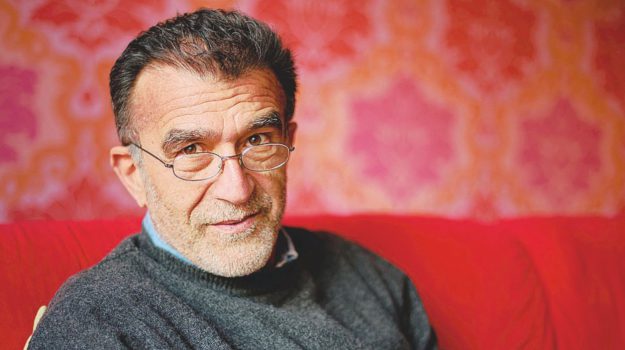 In 2000 shortly after my first novel was published in the UK, it was bought in Italy by one of the most charismatic and passionate of publishers, Elisabetta Sgarbi, who was then at Bompiani. Elisabetta selected a certain Sergio Claudio Perroni to translate the book. Perroni was a famous translator in Italy—he translated David Foster Wallace, Steinbeck, and Hemingway, among many others—and a celebrated writer in his own right. He was known for turning down books he wasn’t interested in. I was lucky enough to have him translate six of my books.

With Perroni I knew it was in exceptionally good hands. For a quick example of his wit and sharpness, the last volume of a trilogy I wrote—set in Victorian London—was called Lungdon, which is how the central unpleasant family referred to it; Perroni scratched his head about this and quickly came up with the result. Londra is the Italian word for London and he titled the book Lombra which, while nodding to the city perfectly, is also the Italian word for shadow. That is pure Perroni, confident, dark and pitch perfect. Changing a word but illuminating it, making an exact connection between my English and his Italian.

I only met him once, in Rome. I had observed this strange man before I knew it was Perroni, riding a moped with an arm in an old-fashioned sling, the sort a World War I soldier might use, tied from a length of fabric. Then he showed up at an event for one of my books. Later we had coffee at a café. A translator’s job might be to disappear in some way into somebody else’s work but as a human being Perroni was incapable of invisibility. He was magnetic. I may have only met him once but we communicated often and an email from him was always filled with his humor and determination and freely stated opinions.

If I took too long between books he would berate me for it and call me lazy—he was never afraid to call people out. I lost my way as a writer, and grappled with the same novel for 15 years before finally finishing the book, Little, which Perroni translated. In Italian it is called Piccola. I sent him drawings of my characters and they are on the wall of his house in Taormina, Sicily.

Though I now live in Austin, Texas, I was born and grew up in England. I spent many of my school holidays in France. I have lived in Italy, France, Germany, Denmark, Ireland, Lithuania and Romania. I am a European. No matter what the gathering cretins in Parliament do, I will still be European. Sitting in Texas, where I remain European, I am devastated at all the talk of “sovereignty” and the cry for countries to keep their identities and close their borders. Perroni made me Italian while keeping me English and, beyond all else, European.

Perroni’s own last novel was presented at the Turin Book Fair earlier this year. But he was suffering from an illness and on Saturday he went out to his usual café only this time he was not wearing his glasses. Just afterwards he walked onto the Via Roma, faced the Ionian Sea, and shot himself.

With that shot a brilliant communicator died, between nations, languages, people.

Little will be published in Italy in September, in Perroni’s translation. I know I’ll never sound the same again.