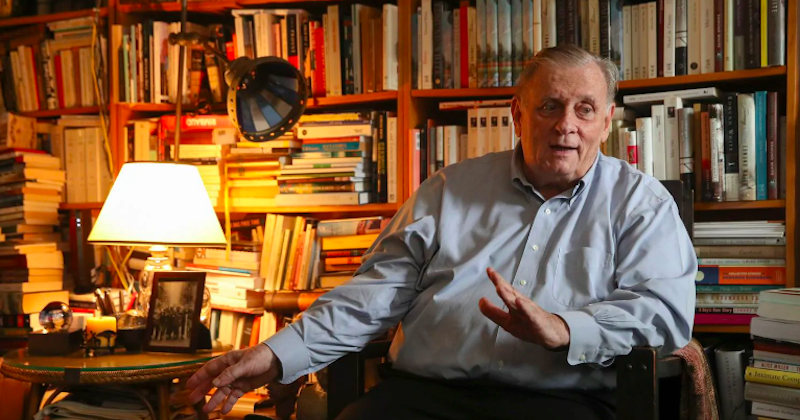 Edmund White will receive a lifetime achievement award from the National Book Foundation.

The National Book Foundation announced today that it will award its 2019 Medal for Distinguished Contribution to American Letters to Edmund White.

“A master of narrative and craft across fiction, journalism, memoir, and more, White has built a career defined by its indelible impact on many literary forms,” said David Steinberger, Chairman of the Board of Directors of the National Book Foundation, in a press release. “Whether it’s evocative depiction of gay life during the tumultuous 1980s, painstakingly researched biography, or elegant memoir, White’s work stands out across decades as singular in its resonance and significance for a multitude of devoted readers.”

The Medal for Distinguished Contribution to American Letters has previously been awarded to writers such as Toni Morrison and Philip Roth. Its latest recipient, Edmund White, 79 years old and Professor Emeritus at Princeton University, is the author of A Boy’s Own Story (1982), The Beautiful Room is Empty (1988), and biographies of figures like Jean Genet, Marcel Proust, and Arthur Rimbaud. Counted as one of the most influential gay writers, White’s openly gay nonfiction helped create a market for gay writing at a time when publishers still discouraged it and far before gay marriage was legalized. Aside from his writing career, White was also a notable gay rights activist taking part in the monumental Stonewall riots of 1969.

The medal will be formally presented to White by writer and cultural icon John Waters during the awards ceremony on November 20.