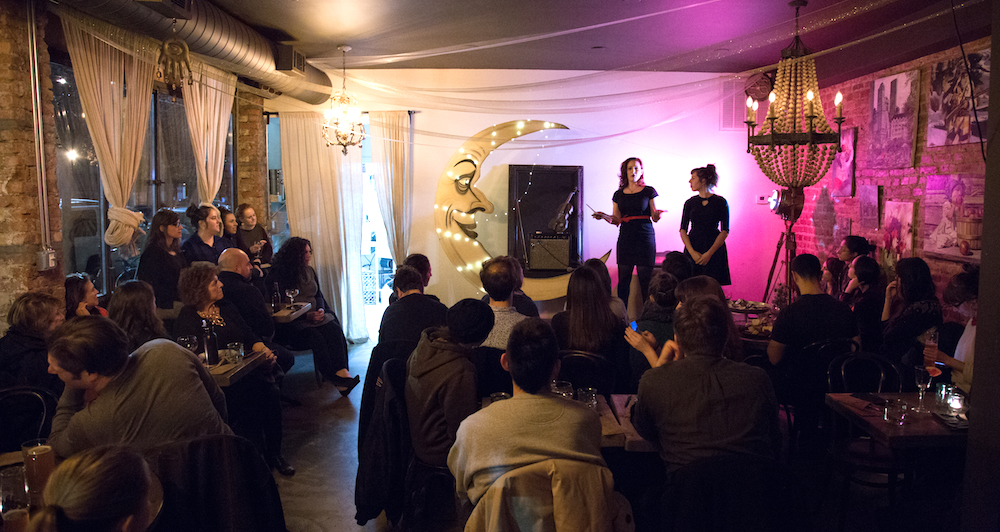 On the Many Lives of a Literary Event

Sometimes, like planets and stars, things just align. One night in 2016, my friend and Eclipsed Reading Series co-founder, Chelsea Fonden, visited a bar in South Williamsburg and had a vision. The bar, Naive, had a spacious back room with a stage and a prop crescent moon. Chelsea called me and asked if I wanted to co-host a reading there. I agreed, and Chelsea asked the bar owner if she could accommodate us. The owner responded enthusiastically and suggested we hold readings on Thursday nights on a quarterly basis.

Chelsea and I had both been writing since we were kids, and running a reading series seemed like a natural fit. The crescent moon sparked an idea—we would call the series “Eclipsed.” It would be a home for writers who were tired of having their creative pursuits eclipsed by other things in their lives and an evening for them to step out of the shadows. New or underrepresented voices could be spotlighted—there would be no publishing or other requirements to read, just a passion and commitment to one’s work. And it would be a warm and welcoming place where audience members could feel comfortable approaching and connecting with the readers—we would form a community.

The seeds of our collaboration may have been sown in 2012, when we met as co-workers at a nonprofit that operates shelters and provides workforce development services to homeless and formerly incarcerated men. Chelsea and I were trainers, and our job was to facilitate conversations and classes to assist shelter residents in obtaining and maintaining employment. We bonded over our love for this work and our love of writing and reading. We even developed a weekend book club for the clients at one shelter, where we discussed short stories and novel excerpts by authors like James Baldwin, Sandra Cisneros, and Breece D’J Pancake and led the participants in freewriting. Book club members enjoyed having the time and space to reflect on literature and ideas, along with the chance to share their work.

After Chelsea and I left the nonprofit for other jobs, we remained close friends. As writers who had attended a number of literary events, and as facilitators who knew the importance of creating an engaging group dynamic, we had specific ideas for how Eclipsed would function. We’d experienced stuffiness and exclusivity at some readings and wanted to ensure that anyone, including those not involved in the literary scene, would feel welcome.

We decided to rely on writers we knew closely and whose work we admired for the first reading, which took place in December 2016. Since it’s difficult to ask others to be vulnerable with their writing and not be vulnerable yourself, we decided, as co-hosts, to read our own work as well. Chelsea always opens as the first reader and I close, with our featured readers making up the middle. It can be challenging to balance personal writing with curating, but being forced to prepare our own pieces for the readings helps—it’s built-in accountability to create new work.

To promote our first event, we made a flyer using a free online flyer and image creation website, and shared the event via Facebook and word of mouth. Then we nervously waited to see if people would show.

People (30 of them!) not only came to our first Eclipsed reading, but they loved it. They loved our intros and segues, our interaction with the audience, our venue’s ambience, and the highly skilled readers who varied in personality, voice, and genre. And our writers felt valued, getting a moment to share a piece of themselves and be heard. Over the next several readings, we tinkered with different features, like offering an open mic at the end or accepting submissions, but we kept returning to our original format.

It would be a warm and welcoming place where audience members could feel comfortable approaching and connecting with the readers—we would form a community.

Eventually, we landed on themed readings: “Ex-Files” and “Strange Love” Anti-Valentine’s Day readings; a celebration of first times; a focus on spring and awakening; and, most recently, “Hot Flash,” a sexy challenge to generate as much heat as possible in just a few lines. We’ve found that these themes, often generated by Chelsea, provide readers with a framework and attract attendees. Readers can stick to the theme as loosely as they want, and we remain flexible with genres and subject matter.

We had a flow and a concept that worked, and it felt as fulfilling as the work we’d been doing at the shelter. But just as we began to find our groove, Naïve’s owner informed us that she’d be selling the bar and that the new owners wouldn’t be hosting events. It was time to find a new home.

Finding venues has probably been our biggest challenge. With the bustle of life and more job and personal changes, we went on hiatus for half of 2018, intending to resume the series once we had more stability. That time came in early 2019, when we found a new venue, Pelican Bar, in Bed-Stuy.

We now had a pool of writers to invite as readers—we’d been meeting them online, through workshops, and at other readings. Some I discovered in my role as assistant fiction editor at No Tokens Journal, as I helped select pieces for publication. We chose writers with work that caught us the way something shining out of the corner of your eye makes you stop and take a second glance.

Our Facebook page and Instagram account with steadfast followers increased interest in the series, and we advertised in all the free event listings we could find. We drew more people than anticipated on the February night we made our comeback, and the crowd of 50 sweated and laughed with us as we packed into a much-too-small room on one of the coldest evenings of the year. 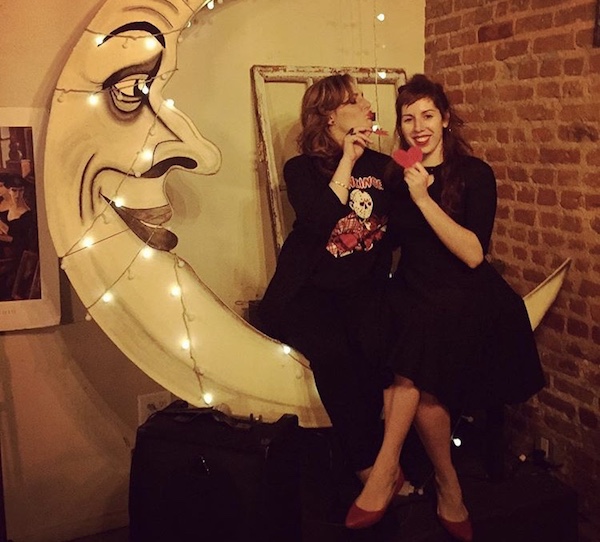 Over the years, we developed theme-related activities to engage our audience, making them an active part of the reading rather than just passive bystanders. For our return and second annual Anti-Valentine’s Day reading, Strange Love, we scattered construction paper hearts with writing prompts on the tables, asking audience members to share their most bizarre love exchanges—strange encounters with exes, love letters to objects, their oddest obsessions. We passed around a poem where audience members added a line to the last line written and, by the end, we had an audience-generated poem that we read aloud.

We’ve bounced around to a few venues since that night, eventually landing at a spot we hope to call home. For our July 18 reading, “Hot Flash,” we’ve found a space at Cantina Cumbancha in Williamsburg that gives us the support we need as well as the logistical elements that can create a successful reading—a full menu, ample seating, a stage, and a sense of collaboration with owners who are excited to host us and committed to nurturing local artists.

Next up for Eclipsed, we’d like to create ways to support some of the causes that brought us together in the first place and showcase the voices of writers who can’t participate in readings. For our September event, we’re excited to partner with the Reading Series of New York collective, PEN America, and The Poetry Project to feature the work of an incarcerated writer. We’re also playing with the idea of having a donate-what-you-wish option at the door, to keep the readings free and accessible, while providing an option for audience contributions to nonprofits whose work we stand behind.

Many of our audience members are regulars, and as hosts we work hard to keep the experience fresh for them. Chelsea and I are still connected by the same passion that led us to become friends in the first place—a passion for sharing, for helping, and for words. A passion that reinforces the idea that we all matter and we’re all in this together.

Janelle Greco is a writer and education director living in Brooklyn, but she will often escape to Long Island to be with family and fling herself into the ocean. Janelle's work has previously appeared or is forthcoming in Hobart Magazine, Maudlin House, Crag, I Want You To See This Before I Leave, Indicia, Gambling the Aisle, and Crab Fat Magazine. She is also the co-host and co-founder of Eclipsed Reading Series and an assistant fiction editor at No Tokens Journal.

The Late-Capitalist Privileges of
Being an Art Monster 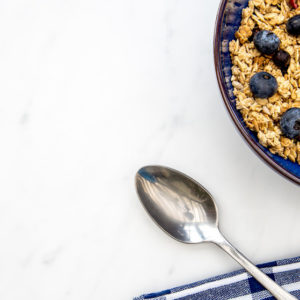 The Late-Capitalist Privileges of
Being an Art Monster

I heard about the job from a friend who regularly texted me pictures of her work breakfast, primarily bowls filled with fresh...
© LitHub
Back to top
Loading Comments...