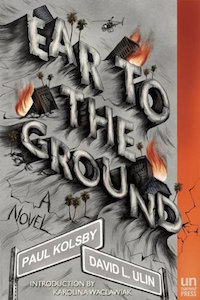 If you looked at a map, you’d think North America began at the Atlantic shore and ran west to the Pacific—through that wide, misunderstood state of Ohio, across forgettable Indiana and the confounding yellow-green flatness of Kansas and eastern Colorado. Suddenly, there are the Rockies, whose remotest peaks and crags were never touched by man or woman.

Past those mountains, to the southwest, lonely desert winds swirl among the Mojave’s dunes and bring dust to the blacktops and souvenir stands, whirring by the gilded death they call Las Vegas, and carrying a whore’s cheap perfume to the California border. The bleakness is broken by San Bernardino; and beyond, at the edge of the continent, lies the great salty municipality of Santa Monica. There you go—from sea to shining sea. But here’s the catch: The earth has only one continent, one floor, one ground. We live on an assemblage of tectonic plates, joined casually, sometimes grinding, and always sliding underneath us. Perhaps this is what we mean when we speak of the connectedness of all things.

Charlie had been startled. Leaning against a mound of dirt precisely at position D-55 of the San Andreas Fault, and wiping from his hand some mayonnaise from a chicken sandwich, he was working out a simple algorithm. Then suddenly, in the thick of his data, he came upon a curious block of prime numbers—which wasn’t alarming per se, but their proliferation did give him pause, which, in turn, brought him focus. Prime numbers were strange: divisible only by themselves and by the number one, they were anomalies, set off, unrelated. They reminded Charlie of a young boy poring over his butterflies while the other kids were out playing in the street. And here was a veritable convention of butterfly collectors, a group of misfit integers, crying for attention.

After looking at the numbers some more, he took a long swig of water and recapped his bottle, thinking. Fault lines may be important, but plate tectonics were the Primary Disturbance Forces in the area. And Charlie understood plates. In the mid-1980s a man named Locksley had made brave statements about them, and had been run out of American seismology on a rail. But Locksley had missed an integral piece of the puzzle, and in his passion for plates he’d overlooked fault lines entirely.

Fault lines were important, Charlie knew, but only as conductors of the disturbances caused by the slippage of plates—not vice versa. This was where the Caltechies had gone wrong; it explained why they’d never predicted an earthquake, and why, Charlie thought with a smirk, they’d never offered him a job. At that moment he felt relieved by the simplicity of his task: to locate which plates were slipping, and wait. This much he’d been doing for more than a year. All that was missing was the link between the plates and these prime numbers. He knew, and yet he didn’t know.

He studied the data a while longer, and his heart beat with increased fervor. He packed up his gear, crammed it into the minuscule trunk of his forest green Miata, and shook his head. (The dealer had told him it was big enough to hold a set of golf clubs. He hadn’t considered the bag.) As the sun began to set, Charlie drove through the desert with the top down, thinking how some would consider the view romantic. Yet, twisting and turning beneath purple skies, he felt suddenly alone.

In the chairman’s office at the Center for Earthquake Studies, Sterling Caruthers sat behind his desk in a high-back leather chair, swiveling left and right in jerky movements, and consulting a calendar. Today was the twenty-third of June, he noticed, and sometime before the end of the year, he vowed, his organization would predict a major earthquake. His boys were close. That Kenwood—morose as he was—could program a computer to buy a beer and piss for you; and then there was Charlie Richter. The wild card. Caruthers didn’t like the guy but he knew he was a brilliant scientist, and wondered how long before Richter would do in L.A. what he’d done in Kobe.

Not that Caruthers particularly gave a shit about science; it might as well have been stocks and bonds, or real estate. But he’d found another land of opportunity—the land of earthquakes. Leaning back, he considered the advantages of knowing when and where a quake would hit. The possibilities were endless. He smiled, glanced at his hairy knuckles, and—stretching fingertips up—examined his nails. Then he unzipped a small leather case, extracted some silver-plated tools, and began to give himself a manicure.

From EAR TO THE GROUND. Used with permission of Unnamed Press. Copyright © 2016 by Paul Kolsby and David L. Ulin.

How Mapping Alice Munro's Stories Helped Me As a Writer 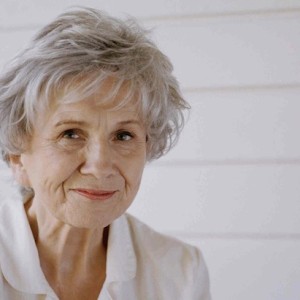 How Mapping Alice Munro's Stories Helped Me As a Writer I first came to love Alice Munro’s stories for the resonance I felt with her subject matter—the close examination of the lives...
© LitHub
Back to top