Writing about drugs has a long and rich history. As does drugs about writing. And drugs. And writing. What were we saying? Today is 4/20, which for some reason is a day people smoke pot in public and talk about the Founding Fathers and hemp. We’re more gin drinkers around here, but we appreciate writing about—and on—drugs, hard and soft. And if mezcal counted, we’d have Under the Volcano on this list (which is, by the way, necessarily short and subjective, like the best of highs). 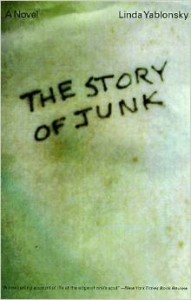 Hawkers stand on corners calling out the brand names of ‘houses’ they represent: Poison, 57 Magnum, Colt 45, Toilet, Star, President, Executive. It’s big. To a tourist, it must look like a casbah from hell. . . . By midafternoon, it’s a swarm, bodies slinking in and out of guarded doorways, diving through holes punched in concrete walls, wiggling into gaps in the sidewalk deep as wells, shooting up in empty lots, nodding on the hulks of abandoned cars. Everyone’s slumming. Everyone, from the unwashed to the unwed to the unbelievably rich….We carry our money rolled up in our sleeves, pockets empty, walk close together at a steady pace and watch all the faces that pass. I learn to differentiate the junkies from the users. Here’s the difference: users travel in packs; junkies are always alone.

Written as a flashback from the day of the dealer/protagonist’s bust, The Story of Junk reveals the sad face of desire, longing for an oblivion and ecstasy only money can buy. Junk is also the portrait of an environment, a novel of the manners and mores of a subculture of artists, bohemians, musicians, and dissidents of the American way. Their protest short-circuits, circulates narcissistically in their own bodies, and turns the voluntary way-out into a no-exit. Yablonsky has written a bold, sometimes devastating, odyssey, a long night of the soul.  –BOMB 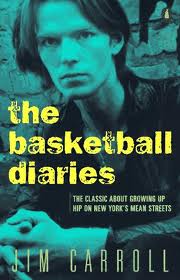 We’re all used to it though. Messy house don’t matter, dirt don’t matter (if it does we might as well all stop breathing). Keeping your head in order is what counts, tidiness never saved anyone the good times we have, and all that means freedom. Like to sit in this awful mess and maybe smoke some dope and watch some innocuous shit on a dumb glass tube and feel fine about it and know there’s really nothing you have to do, ever, but feel your warm friend’s silent content is what this place is about. You don’t feel guilty about not fighting a war or carrying signs to protest it either. We’ve just mastered the life of doing nothing, which when you think about it, may be the hardest thing of all to do.

The decline began with glue-sniffing and led to a labyrinth of abasement, malicious mischief and teen-age ecstasy. It was described in neon-bright detail by an amazingly precocious Jim Carroll, who at the age of 12 began writing the journal entries that would establish him as a baby Burroughs… Mr. Carroll wrote this underground classic in the mid-1960’s, wryly reflecting the cultural youthquake under way at the time. By 1978, when “The Basketball Diaries” first appeared in book form, the author had also taken on a downtown punk cachet.  –The New York Times 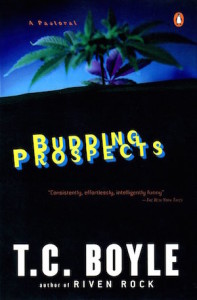 In that moment I experienced a revelation that slammed at my knees and swabbed my throat dry: the bear was in that tangle.  Not only was he in there, but he was asleep, and what I’d been hearing was the sibilant rise and fall of his snores. But why, I asked myself, would this canny night-raider leave himself wide open to the hurts of the world, laid out like a wino at the very scene of the crime–and in broad daylight?
The answer came like fanfare: he was stoned, that’s why.  Obliterated, wasted, kayoed, down for the count, his great bruin’s belly swollen with the remains of forty pot plants.  I listened to his breathing, deep and restful, insect and outflap: yes, the bear was in there all right, sleeping off a monumental high, snoring as contentedly as if he’d just tooled off to his den for a long winter’s nap.

It is a subculture that has always lent itself well to a kind of native anthropological comedy, and Mr. Boyle has a wonderful eye–and ear–for its social ironies and its rarefied incongruities. His characters are soigne derelicts, underground depressives of a highly educated kind, whose sensibilities are equally attuned to New Wave music, Stravinsky, metaphysical philosophy and the exquisite nuances of failure, pot and Cabernet Sauvignon… Paradoxically, the illegal scam in which they are engaged becomes a lesson in responsibility: it’s the one thing from which they – even at the peril of their lives – will not run away. Nature, in the guise of dirt, drought, rain and fire almost defeats them; but when push comes to shove, these habitual shlemiels find the mettle to fight back – and engage some of the reader’s sympathies.  –The New York Times 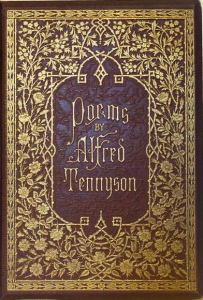 How sweet it were, hearing the downward stream,

With half-shut eyes ever to seem

Falling asleep in a half-dream!

Which will not leave the myrrh-bush on the height;

To hear each other’s whisper’d speech;

Eating the Lotos day by day

To watch the crisping ripples on the beach,

To lend our hearts and spirits wholly

To the influence of mild-minded melancholy…

The ‘Lotos eaters’–a kind of classical opium-eaters–are Ulysses and his crew.  They land on the ‘charmed island,’ and eat of the ‘charmed root,’ and then they sing… Our readers will, we think, agree that this is admirably characteristic, and that the singers of this song must have made pretty free with the intoxicating fruit.  How they got home you must read in Homer:–Mr. Tennyson–himself, we presume, a dreamy lotus-eater, a delicious lotus-eater, leaves them in full song.  –Quarterly Review 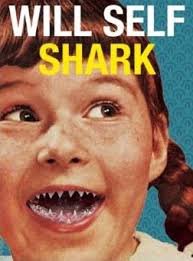 Five years before, revolving in LSD’s dinky sink with nothing to hang on to, he’d still managed to grasp this: the punishment meted out to Claude Evenrude and the men of the USS Indianapolis had been a collective one, with the sharks as Mother Nature’s revengers, summoned from the deep in anticipation of a blow that was yet to fall. … Busner understood all this at the time, but, in common with so many insights bestowed on the psyche through the rainbow door, it took only a sudden shower to expose the pot of revelation for what it truly was: grit of rotten enamel and the glint of amalgam—fool’s gold.

“Shark” is a novel that demands patience and a willingness to embrace the initial discomfort of an entirely different reading experience. Self counts Lewis Carroll among his influences, and “Shark” is as trippy and fanciful as falling down a rabbit hole… I admit to becoming exhausted by “Shark” and its mind-boggling, time-toggling, directionless journey into the lives of Self’s mostly unhinged characters. It’s a “Sharknado” fest of swirling scenes and mashed-up dialogue that can best be described as a flash mob’s communal acid trip. But I admire any writer who pushes me out of my comfort zone—the realistic novels that Self says should be relegated to the dustbin of obsolete genres.  –The Chicago Tribune

Interview with a Bookstore: Brazos Bookstore 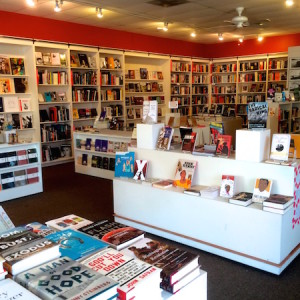 Interview with a Bookstore: Brazos Bookstore

It's all too easy to think “Austin” when talk of culture in Texas comes up: they have that big festival there, hipster...
© LitHub
Back to top
Loading Comments...