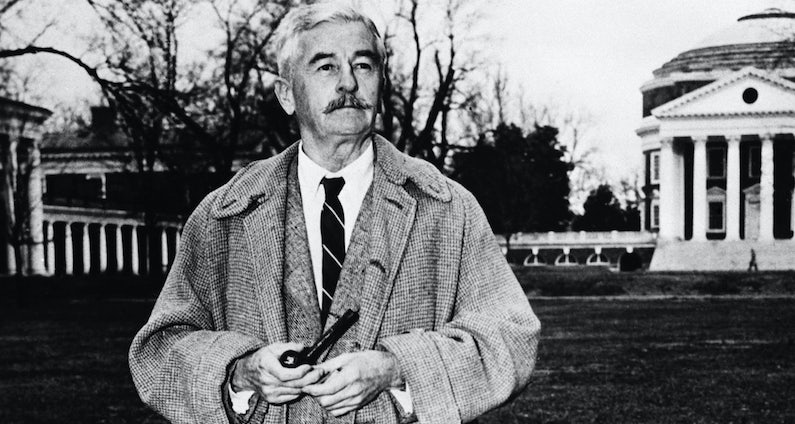 Down Through the Faulkner Bloodline, Pride and Racial Guilt Commingled

William Clark Falkner was a tall man—the order for his coffin specified 6’2”—and a talented one, good with a pen or a pistol, and with a balance sheet too. Even after the Civil War he had cash in his pockets, at a time when nobody else in Mississippi seemed to have any at all. He had grown up poor in Tennessee and then drifted south, learning just enough law to become a creditable attorney, while also finding more sensational ways to make money.

In 1845, when he was 20, he took down a murderer’s jailhouse confession, had it printed, and sold it beneath the gallows. He was silver-tongued, and he needed to be, for he was also quarrelsome, killing two men in arguments and then talking his way out of the consequences.

By 1850 he owned a house and held five people in slavery in the north Mississippi town of Ripley, and he did a varied business, buying and selling land and people in addition to his legal practice.  As the war approached he organized Ripley’s young white men into a militia company called the Magnolia Rifles, and got himself elected Colonel of the regiment to which it was assigned.  He had two mounts shot from under him at the first battle of Bull Run, and later organized a troop of irregular cavalry in his home state, stealing horses and harassing the Union army.

In his family he was called the Old Colonel, a figure out of folklore, and most of his descendants shared his Confederate prejudices; in 1939 his last surviving daughter walked out of a showing of Gone with the Wind as soon as General Sherman’s name was mentioned.

So her great-nephew said, anyway: the Old Colonel’s great-grandson, another William Faulkner. Only this one added a “u” to the family name and would win the Nobel Prize for the series of linked novels in which he mapped out his “little postage stamp of native soil,” transforming his home territory into a place called Yoknapatawpha County. When little Billy Faulkner was asked what he wanted to be he always answered that he hoped to be a writer—a writer like his great-grandfather.

We don’t go to Faulkner for a vision of the future but rather for an understanding of the past, of the strangling force of a world, a tradition, from which one can never fully escape.

The Old Colonel kept busy after the war, building a railroad and getting himself elected to the state legislature before a business rival shot him dead. But among his activities was something more original than the simple act of making money.  Because he was also a novelist. The White Rose of Memphis (1881) remains readable today, a rollicking picaresque romance in which Falkner’s characters move through a South that is apparently innocent of both slavery and war alike. It sold an astonishing 160,000 copies, and he followed it with a book of European travels. His namesake would never have that kind of commercial success, but when the young man said that he wanted to write, he always added that it was a family tradition.

Still, it wasn’t really his great-grandfather’s literary career that interested him—not as a writer, not as a subject for his own fiction. What fascinated and troubled the adult William Faulkner was the legacy of the Confederate colonel and slaveowner. He grew up in a white South that insisted on the justice of its cause, but in books like Absalom, Absalom! and Go Down, Moses, he also saw slavery as an unhealed wound, a wound in the mind and on the land as well.

It was a sin, and one for which there could never be amelioration or expiation enough. As to just how he came to distance himself from the beliefs of his childhood—well, that’s one of the great mysteries of the imagination.

In his daily life William Faulkner shared many of his white neighbors’ values.  He used racial epithets as a matter of course, and as a young man accepted the social order of the Jim Crow South. The only thing that separated him from them was talent, and something uncanny happened whenever he faced a fictional page. The pen made him honest, and from the beginning he skinned his eyes at a past, and a racial hierarchy, in which a part of him never stopped believing.

Faulkner admired his great-grandfather. But he also quarreled with his memory, with what he represented: a civil war within him, in which he tried to understand both the physical war in which the Old Colonel had fought, and the slave society he had sought to preserve. In his Nobel Prize speech the younger man would describe his own theme as that of “the human heart in conflict with itself.” He knew what he was talking about.

That conflict was there from the start, for Faulkner began his career by invoking his great-grandfather’s memory. Flags in the Dust (1929), the first novel he wrote about his apocryphal county told the story, through four generations, of a family he called Sartoris, a family that cannot escape the memory of its founder. John Sartoris is a heightened version of the Old Colonel—richer and more daring, more dangerous too—and his heirs keep his old boots and sword in an upstairs trunk, boots they believe they couldn’t fill even if they wanted to. Faulkner drew on the character again in The Unvanquished (1938), a collection of stories set round the Civil War, and then name-checked him in half a dozen other novels.

And despite whatever reverence the boy—the man—might have had for his ancestor, as a novelist he did not let him go unchallenged. John Sartoris is a bold and resourceful officer, good-humored and charming, and honest enough to see that the enslaved Ringo, his son’s Bayard’s playmate, is more intelligent than his own boy. He is also a killer, and not just in battle.

Flags in the Dust alludes to an incident in which he shot two unnamed “cyarpet baggers,” but Faulkner often told and retold the same story, and he offered other versions of this one in both The Unvanquished and Light in August (1932). Carpetbaggers: Yankees who have come to Mississippi in the service of the Freedman’s Bureau and are trying to get black people the vote.  That’s who Colonel Sartoris kills.

In Light in August Faulkner tells the story from the point of view of Joanna Burden, the murdered men’s relative, who decides to stay in the South, to live in a place where her family’s belief in racial justice is both hated and feared. In The Unvanquished he adopts the voice of Bayard Sartoris, who admires his father and at first believes he was right. Yet neither Sartoris will stand still; both of them change, and only one for the better. The father kills more people and organizes the “night riders.” He runs the local Klan, and though the novelist never shows him shooting a black person Sartoris doesn’t hesitate to murder his white opponents.

He himself will be killed by a rival, just like the Old Colonel, but by then Bayard has learned to see past his father’s values. Everyone in Faulkner’s imaginary town of Jefferson expects the young man to pick up a pistol and avenge his father. He refuses, and yet does so in a way that ensures his community’s respect. Bayard knows that the old ways must go, that the South needs to move beyond his father’s violence.

Faulkner knew that too, though he was no guide at all as to just how that might be done. He thought that the civil rights movement of 1950s should “go slow,” that it shouldn’t risk alienating white moderates. He had little to say about what kind of society might replace the one he’d grown up in; little sense of a world in which the dream might no longer be deferred. But that’s not why we read him. We don’t go to Faulkner for a vision of the future but rather for an understanding of the past, of the strangling force of a world, a tradition, from which one can never fully escape.

No history is pure, and yet many Americans have somehow always believed that we were an exception. Faulkner tells us we aren’t.

In Absalom, Absalom! the young white Southerner Quentin Compson cannot help but live a belated life, as though he were nothing more than the descendant of a Confederate colonel; for him there is never any hope of a fresh start, a new world unbound by the old. And Go Down, Moses offers something far more punishing than tradition as such: a recognition of evil at the heart of one’s family history, an evil that there takes the form of the systematic sexual exploitation of black women by their white enslavers.

Neither of them is the kind of book that a talented novelist would write today, and each has pages that can make us wince. But they remain unmatched in their sense of the past as a burden, of the way in which historical understanding can become a psychic battleground. That is Faulkner’s value for us today, that dramatization of the quarrel within our own hearts. He shows just how and why men like him—why white America as a whole—must face the curse and the crime of our nation’s history, of the racial injustice on which it is founded.

Of course all countries have their particular ancestral crimes. No history is pure, and yet many Americans have somehow always believed that we were an exception. Faulkner tells us we aren’t.

The Old Colonel never shot a “cyarpet bagger;” nor is there any evidence that he himself was a night rider. He found more modern methods than simple terror to keep black people in their place. His main business venture in the years after the Civil War was a railroad, a branch line that ran north from Ripley into Tennessee, where it joined the east-west corridor of the Memphis and Charleston. He linked his little town to the outside world, and he did so using convict labor, black men rented from the state at $50 each per year.

Many of those men had been imprisoned on trumped up charges, charges designed to ensure a cheap source of labor in the post-war world. At that price their lives were so readily expendable that the Pulitzer Prize-winning historian Douglas Blackmon has described the system as Slavery by Another Name (2008).

In Faulkner’s Jefferson a statue of John Sartoris stares out over the landscape, and in Ripley the local cemetery has a statue of Colonel William Falkner, a tall bearded man on a pedestal, over 20 feet high from the ground the top of his balding head. The grass around his grave is well-tended, and on the day in 2017 that I drove through there was still a Confederate flag stuck in the ground before it. For the past, in his great-grandson’s most famous words, “is never dead.  It’s not even past.” 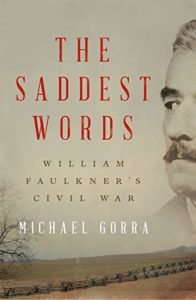 The author of Portrait of Novel, a finalist for the Pulitzer Prize, Michael Gorra is the Mary Augusta Jordan Professor of English Language and Literature at Smith College and the editor of the Norton Critical Editions of As I Lay Dying and The Sound and the Fury. 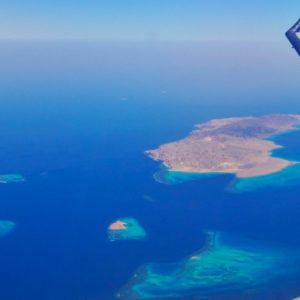 How do immigrant writers respond to COVID-19? In what way has it affected their dreams? Has the understanding of the future...
© LitHub
Back to top
Loading Comments...