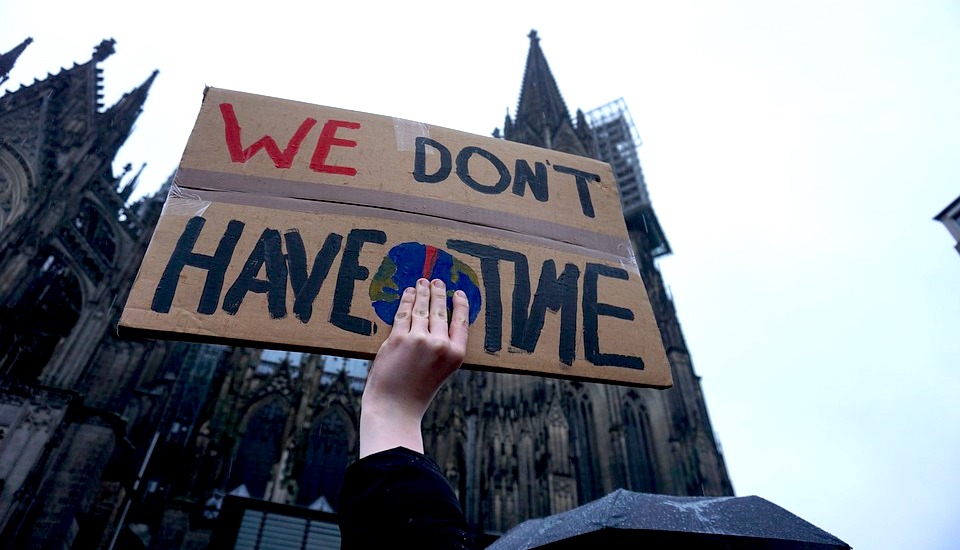 The New Republic’s Emily Atkin left work early last Friday for a weekend in the woods of West Virginia, where she had no cell service.

She had earned a vacation. After months of work, she and her colleagues were closing in on finalizing details for a September 23 climate forum, co-organized between The New Republic and Gizmodo, that would provide a space for Democratic presidential candidates to speak substantively about their plans for dealing with our current, and worsening, climate crisis—something the first set of Democratic debates had failed to do. Earlier on Friday, the team had sent official invitations to each of the candidates, feeling confident that their plans would move forward.

The next day, she came across a spot of cell service and received an avalanche of messages about the offensive, homophobic piece on Pete Buttigieg by Dale Peck that The New Republic published on Friday and the ways it threw into question the future of the summit that she and others had planned since April.

Before hearing the news, “I had no idea this piece even existed,” Atkin told Lit Hub. “I didn’t even have a chance to save it. … It was among the worst moments of my life.”

Shortly after its publication, TNR took down the piece—which, among other offenses, had called Buttigieg “Mary Pete” and speculated in great detail about his sex life—and editors apologized, with editor Chris Lehmann saying it was “largely intended as satire.“ (Peck is also gay.) But the damage was done: a number of sponsors decided to withdraw their support from the event, including the League of Conservation Voters, NRDC Action Fund, Earthjustice Action, and the Center for American Progress Action Fund.

On Saturday, TNR also announced it would no longer participate in the summit, “a decision that Gizmodo supports,” Earther managing editor Maddie Stone wrote in a post on Saturday. “This incident was entirely inconsistent with our values as journalists and with the inclusive atmosphere we intend to foster at the event.”

Now, with Gizmodo planning to move forward on holding the summit without TNR, it has not been officially canceled, but was gutted of its media partner and sponsorships that had constituted “significant financial contributions,” Atkin said. While Gizmodo works to find a new media partner, Atkin said she’s calling on people to put pressure on the organizations that withdrew to re-join the summit now that TNR is no longer involved. “This one unrelated editorial mistake ruined something that’s so important,” she said.

Writers and editors have called on those organizations to continue their support of the summit. A spokesperson for the League of Conservation Voters told Lit Hub in an email that the organization still plans not to participate. “Of course LCV is interested in all opportunities to give the climate crisis the attention it deserves from 2020 candidates and we are continuing to explore all venues to do that,” a spokesperson wrote.

Atkin said she’s received an apology from The New Republic’s leadership, but she’s most concerned with making sure the event still happens.

“We don’t have time,” she said. “That’s what I’ve learned [from] six years reporting on climate change. We are running out of time. This work is too important to be compromised. … This election is gonna make or break what we do, whether we prevent catastrophic climate change or not.”