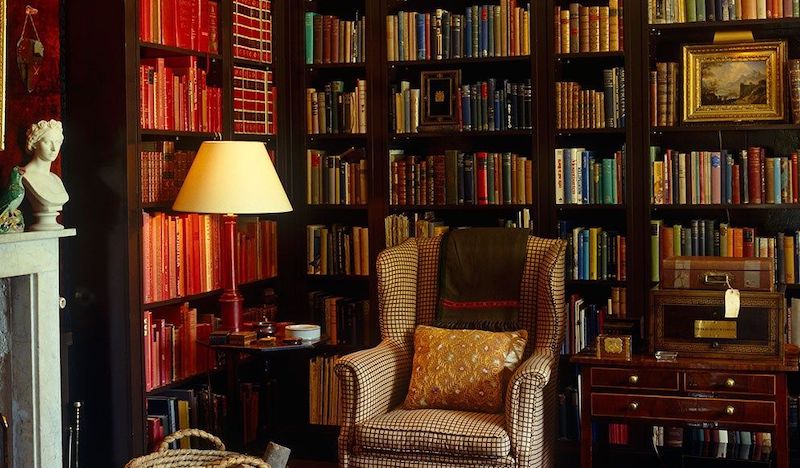 I spend arguably too much time thinking about all the essential public services and institutions that would, if proposed for the first time in 2021, be laughed out of Congress. Public transportation. School buses. School itself, for that matter! Excuse me, public school? You’re telling me you want the United States government to pay for the children you chose to have to get an education?

And, of course, libraries. The Trump administration spent four years trying to permanently end federal funding for libraries, and I’m pretty sure Joe Manchin wouldn’t trouble himself to get off his stupid little boat and vote in their favor. Which is one of the reasons I was so annoyed to read about the coworking space that’s launching “an entirely new product”: The Library of Deep Work and Focus.

Switchyards is an Atlanta-based coworking space company that claims to be “the country’s first neighborhood work club.” And now, the company has invented something entirely new! A library. But one you have to pay for. “Imagine a private library in your neighborhood,” their website says. “Designed specifically for focused work. The quietest room in the city. A gym for the mind.”

Huh. I’m trying to imagine it… Almost there… Yep, sounds like a library! Except is costs $100 a month. And there are no books. (Plenty of other people pointed this out when Switchyards announced its groundbreaking Expensive Quiet Room with a Misleading Name on Twitter.)

I know: there are so many things to be angry about right now that railing against a small coworking space in a state where I don’t even live is fairly petty. But co-opting the name of a public institution on which many, many people rely in order to create a private, expensive, and worse version of that service—and calling it an “entirely new product”!—is both obnoxious and uncreative. It’s also privatization in a nutshell!

Then again, maybe I’m just mad because I can’t afford to enroll my kid in Elon Musk’s KinderPlus AccelerCare Pod.