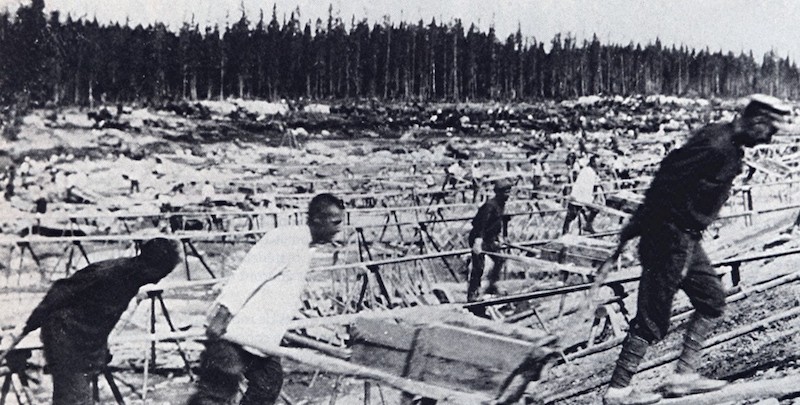 I had planned to travel to the Soviet Union long before the start of World War II.

At the time, I was living in Łódź, Poland, and interest in the Soviet Union was considerable in that country. Indeed, interest in the communist country was different in Paris and New York from that in Poland, where people remembered 150 years of tsarist occupation and the war of 1920; moreover, the two countries had a common border and Russia had always been both a real threat and a nearby temptation. The Communist Party was illegal in Poland. There were no grounds for it in an agrarian, Catholic country with weakly developed industry and a negligible proletariat.

But about ten to fifteen percent of Jewish youth were under the sway of communism. God knows what communism meant to the miserable dreamers of the Polish ghetto. In the 1930s, the Pamphlets of Karl Radek and Historical Materialism of Bukharin were sold from carts on the streets of Łódź. On the day of Lenin’s death in January, the anniversary of the three “Ls,” (the three communist leaders, Lenin, Liebknecht, and Luxemburg) a red flag appeared on the telegraph wires, and Jewish youth broke the glass windows in Jewish-owned shops on Piotrkowska Street. The radical intelligentsia read aloud Broniewski’s poems about “the furnaces of Magnitogorsk.” In Warsaw theaters, Kirsanov’s Granada was recited to loud applause.

Tourists traveled the routes of the Soviet travel bureau Intourist to become familiar with the great country of the Revolution. Many returned after a week’s stay in Moscow with a box of Soviet chocolate and pleasant memories. A two-week tour enabled one to visit Ukraine. The resorts of the Caucasus and Central Asia were open to those who could afford a three-to four-week tour. Thus, André Gide visited Gori, Stalin’s birthplace, and Sieburg, a German journalist who traveled frequently to the Soviet Union and published his impressions from there, visited the Red Arctic. Everyone who could write conveyed his own impressions about the Soviet Union.

In the years of my Soviet imprisonment, I recalled that literature. It included some well-crafted reportage, full of subtle observations, wit, and brilliance. As a whole, however, all this literature was childish prattle. Neither the skeptics nor the enthusiasts had any understanding of the Soviet Union; they did not have the right to write on a subject about which they knew so little. Now the absurd and tragic disparity between this “tourist” literature and Soviet reality is evident to hundreds of thousands of people like me who wound up deep in the Soviet hinterland during the war years.

In addition to institutionalized tourist visits, during the years of Polish independence, there was another sort of travel about which the newspapers were silent. At all times, illegal renegades were crossing the border, people who did not want to remain in capitalist Poland and sought the promised land, “the homeland of all workers,” in search of justice and freedom. We do not know the fate of these people. Why didn’t we hear from any of them? They were not famous writers or delegates from America. When they disappeared like a stone in water, no one took an interest in them. They were insignificant people, anonymous, sawdust, attracted to the lodestone of a dream about a better world. It would have been, however, most worthwhile to question them. Their truthful and nonliterary report would have said much more than volumes of official propaganda. Many of them are living in the Soviet Union, and it is a shame that they are unable to tell us about themselves.

The year 1937 was fatal for “illegal” tourists. That was the year of the great purge in the Soviet Union.

In the city of Biała-Podlaska, a Jew had a stall where he sold soda water. His children became rebels: they did not pray to God and did not want to hear about Polish kindness or distant Palestine. When the younger son grew up and became convinced that there was little hope of a revolution in Biała-Podlaska, he arranged with the peasants on the border to take him to the Soviet side. That was in 1931. I met him eleven years later in a Soviet camp, in the great and populous country of the zek [Russian abbreviation z/k for the word “convict,” zakliuchennyi], and I heard his story, which was similar to thousands of others.

The country of the zek does not appear on a Soviet map nor is it in any atlas. It is the sole country in the world where there are no disputes about the Soviet Union, no delusions, and no illusions.

Melman, the owner of his own engineering firm, lived in the city of Lublin. If his relatives are still alive, here is a report on one who disappeared without a trace. Engineer Melman was an independent and stubborn person. He could not stand the Polish regime, and he crossed the border with a group of “dissatisfied” people. They were sent directly from the border post to prison and from there to a labor camp, where I met him. At that time, after several years of incarceration, he was an unusually taciturn person, broad-shouldered, with a darkened face and gloomy mien. I think by that time he no longer had any convictions. His goal was not to die in a camp, but he did not succeed. He died of an intestinal obstruction in the spring of 1944 in the Kruglitsa corrective labor camp in the Arkhangelsk region. Someone gave him two extra meal tickets and his body, which was unaccustomed to normal food, did not hold up.

I remember a young nurse in a camp infirmary.

“Why were you arrested, nurse?” “My papa came from Latvia.” “How old were you when you arrived?” “Eight.” This is not a conversation of two crazy people. In the Soviet Union, everyone understood this exchange without explanations.

I did not arrive in Russia via Intourist and did not cross the Polish border in the dark of night; I was a tourist of a third, special sort. I did not need to travel to Russia—it came to me. The route was a special one that we did not hear about from Intourist. I did not observe Russia from the window of the Metropol Hotel or from the window of a restaurant car on a train. I saw it through the barred window of a prison car, from inside the barbed wire of camps, and I covered hundreds of kilometers on foot when the cursing guards goaded the crowd of prisoners in stages through the forests and the impoverished kolkhozes (Soviet collective farms) of the north; I crossed the Urals twice—in a cattle car and on the third bunk of a rough train car, where the presence of foreign correspondents is not permitted; I lived in the Siberian backwoods, like everyone else went to work, and carried in my pocket the document of which Mayakovsky was so proud: a Soviet passport good for five years. [Margolin was in error: The poet Vladimir Mayakovsky wrote about a Soviet passport for travel abroad, to which ordinary Soviet citizens were not entitled. Margolin, who was not a citizen of the USSR, had only a residence permit.] I do not have this document any longer, which is why I am able to write things about the Soviet Union that our wise men did not dream of and about which people with Soviet passports do not write.

The world knows everything about Stalingrad but nothing about the camps.

People who sympathize with the Soviet system assume that my itinerary was infelicitously chosen and diverted me from famous Soviet routes. I was not in the battle for Stalingrad; I did not take Berlin. Had I been there, perhaps I would have written differently? Perhaps. I did not choose my route; the Soviet regime decreed it.

The world knows everything about Stalingrad but nothing about the camps. Where is the truth of Russia, at the Victory Parade on Red Square or in the country of the zek, which does not exist in the atlas? Evidently, we must take these things together in their entirety and interconnection. I have no illusions; I saw underground Russia. I saw it. Let those who pin their hopes on the country of the Soviets take this “material,” too, into consideration and harmonize it with their conscience as best they can. 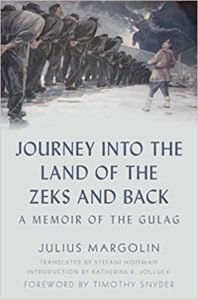 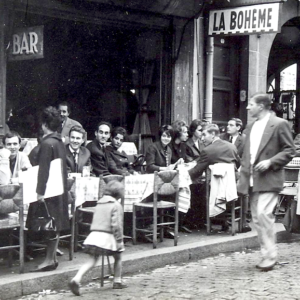 I’ve always gotten a kick out of Holly Golightly’s visiting card from Truman Capote’s novella Breakfast at Tiffany’s:...
© LitHub
Back to top