Peter Osnos in Conversation with Andrew Keen on Keen On

On today’s episode, Andrew Keen talks with Peter Osnos, founder of PublicAffairs, about the recent news that Bertelsmann, the parent of Penguin Random House, will purchase Simon & Schuster, and why he believes this does not mean the Amazonization of the publishing industry.

Andrew Keen: Not everyone, though Peter, to be fair, would agree with you. You go on Twitter today—this is probably no great surprise—everyone is bemoaning this latest acquisition. One tweet suggests that we have more corporate control of media. Another presents this as the big fish eating little fish and getting even bigger. And of course, we have other culprits, like Robert Thomson, the CEO of News Corp, claiming that this will raise a serious antitrust issue. Surprise, surprise, given that News Corp was also in the bidding. Do you see much antitrust activity around this?

Peter Osnos: I don’t think you’ll have antitrust activity of consequence in this country, but it may very well happen in Europe. Remember, Bertelsmann is a European company, and its influence in Europe is vast. What I think you may see is that the same European regulators who sometimes step in, as they have recently with Amazon, and years ago, the most famous case that I’m aware of, was when GE tried to buy Honeywell, thought it was going to get it, and then the European regulators said no. What I suspect will happen, there will be some shaking out a bit, in which perhaps Random House may need to unload Random House Spain or Random House Italy. They may have to focus a bit more on their acquisition. One of the things about Simon & Schuster was it was not a significant international player. It had a UK company, but it wasn’t major.

One other thing I want to say about this transaction: Simon & Schuster was part of ViacomCBS. ViacomCBS is an entertainment company in which Simon & Schuster was a rounding error and barely was ever mentioned in quarterly reports. They were much more interested in movies and television and so forth. Now they’re going to be owned by a book company, a company that is focused almost exclusively, certainly primarily, on books. It’s a privately held company, so it’s not subject to the day to day of the finance and assessment. If they leave Simon & Schuster in the hands of the two people who they have announced will be in charge, both of whom I know very well, Jon Karp and Dennis Eulau, they’re really terrific book people. Both of them at one time worked with me and were very junior, and now they run this huge company.

I think that the assumption that everything is going to go wrong is a function of the entire mood and morale of certainly our world because we’ve been through such hell for the last four years. Let’s give it a chance. If there are issues of antitrust, we’ll see how they play out. I think the major question is, will Simon & Schuster be able to be Simon & Schuster? I suspect that for a long time it will stay in the same building; there’s no room in the Random House building. I think it will have the same leadership and probably the same literary, popular book profile.

It would have been much more contentious if Harper Collins had succeeded in buying it because there were a lot of Simon & Schuster authors who would not allow themselves to be published by any company that has anything to do with Rupert Murdoch, Stephen King to begin with. So I think you’re in a situation here in which it’s natural, understandable, predictable that people will want to look at the downside. And it turns out there may not be quite the downside they think. That’s my slightly contrarian view.

Between 1966-1984 Peter Osnos was a reporter and foreign correspondent for The Washington Post and served as the newspaper’s foreign and national editor. From 1984-1996 he was Vice President, Associate Publisher and senior editor at Random House and publisher of Random House’s Times Books division. In 1997, he founded PublicAffairs, an imprint of the Hachette Brook Group specializing in books of journalism, history, biography and social criticism. He served as Publisher and CEO until 2005. Osnos has also been a commentator and host for National Public Radio and a contributor to publications including Foreign Affairs, The Atlantic, and The New Republic.

On Catholicism and Doomscrolling in Sigrid Undset's Kristin Lavransdatter 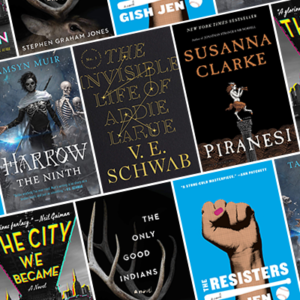