In this episode of Keen On, Andrew talks to Angus Deaton, winner of the 2015 Nobel Prize in economics, about his latest book, Deaths of Despair and the Future of Capitalism, out now from Princeton University Press, and co-written with his wife Anne Case.

Andrew Keen: How different is this from the deep, dark visions of capitalism from Marx and Dickens to Huxley and Orwell?

Angus Deaton: I’m not sure it is that different. You know that I think capitalism left to rip without proper social control is a very dark thing for a lot of people who are its victims. On the other hand, if it’s properly controlled, it has enormous power. So it’s like some rogue elephant that’s charging in and trampling people and killing people, but if you get a hold of it properly, you can harness it and it could do a lot of things for a lot of people. We need to harness that power. We need to make it work for people instead of having people working for it.

Andrew Keen: One of the most troubling aspects of this book is the centrality you placein the suffering of the American healthcare system. You see this as the kind of the first mover of the crisis.

Angus Deaton: Part of the first moving was certainly that pharmaceutical companies preyed on these people. They were fertile fields for addiction, but the companies knew that and tried very hard to make sure they get addicted and made a lot of money out of it. So this is capitalism at its worst.

Andrew Keen: It is beyond criminality. It is evil.

Angus Deaton: Yeah, absolutely. I would like to think I lived in a world in which evil and criminality were sort of aligned.

Andrew Keen: Why do we still hear so little about this? We hear about the Bernie Madoffs and the Jeffrey Epsteins. We’re obsessed with Donald Trump. But why is this story still not that well known? The role the role of the health care industry and the pharmaceutical industry in creating such terrible suffering?

Angus Deaton: Well, the direct thing I think is pretty well known. Pharma companies are widely hated by most people over both opioids and over the cost of drugs. On a poster child would be , insulin, which was invented in Canada a hundred years ago and was sold to the University of Toronto for $1 for each of the three inventors and now is unaffordable. The idea that you would allow to hijack a public good like that for the profits of a small minority of very wealthy people is outrageous, and people know that. We have these surprise medical bills where private equity at buying up ambulances and hijacking unconscious people with sticky bills on them. But there’s a deeper part of it, which is that we’re used to being told that it costs so much, and I don’t think that story is really out there. That’s the story we’re pushing very hard from this book. It’s very easy to say, well, we spent all these trillions of dollars. We’re wasting trillions of dollars. Everybody hears what are the Iraq war costs and the cost to drill, and so they’re meaningless. But they’re not meaningless. What it does is it’s ruining lives.

Angus Deaton, winner of the 2015 Nobel Prize in economics, is the Dwight D. Eisenhower Professor of Economics and International Affairs Emeritus at Princeton University and Presidential Professor of Economics at the University of Southern California. His books include The Great Escape: Health, Wealth, and the Origins of Inequality (Princeton). They live in Princeton, New Jersey.

Does Retirement Hurt, Rather Than Help, the Aging Process? 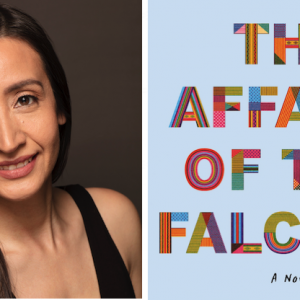 Will Schwalbe:  Hi. I’m Will Schwalbe and you’re listening to But That’s Another Story. Today I’m going to start...
© LitHub
Back to top