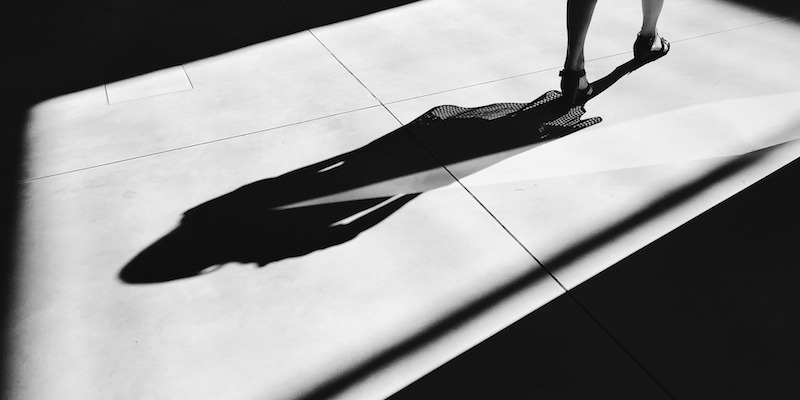 Does Every Country Need to Have Its Own Sylvia Plath?

Rhian Sasseen on the Inescapability of Plath for Female Writers

Every era has its own Sylvia Plath, its own version of a poet whose archetypes are by now so familiar, so rote, as to be at first glance banal: teenage goth girl queen, dutiful daughter, straight-A student, disgruntled housewife, feminist trailblazer, genius in her own right. And so too, it appears, does every country. Read enough literature translated into English and sooner or later a pattern will begin to emerge, a familiar tic that litters book backs, marketing copy, Wikipedia entries, reviews and recommendations alike. If a woman writes about death, if she writers about gender, if she herself died tragically young—or, better yet, a suicide—the comparison will always be made. She’s the Sylvia Plath of [X].

“X,” most often, is another country, though occasionally you find it applied to an artist working in a medium different from literature (Diane Arbus, the Sylvia Plath of photography). Miyó Vestrini is the Sylvia Plath of Venezuela, says the back cover of a recent collection of her work translated into English by Anne Boyer and Cassandra Gillig, but “one who would have set Ted Hughes on fire.” “For American poetry, one thinks of Plath and Sexton,” Sholeh Wolpé, a translator of Forough Farrokhzad,—the Sylvia Plath of Iran—writes. “Torch passes to torch. This is the company in which the Iranian Forough Farrokhzad’s poetry belongs.” Alejandra Pizarnik is the Sylvia Plath of Argentina (“Pizarnik is the kind of poet,” writes Johannes Göransson in the Boston Review, “like Sylvia Plath, to whom she is often compared—who overwhelms.”). Ingrid Jonker is the Sylvia Plath of South Africa (Jonker, goes the copy for a biopic of the poet shown at the Tribeca Film Festival in 2012, “is often hailed as her country’s version of Sylvia Plath.”). The novelist Amrita Pritam, writes the translator Asad Alvi, called Sara Shagufta “the Sylvia Plath of the Subcontinent.” Enough biographical and literary similarities exist between Plath and Austria’s Ingeborg Bachmann that the Austrian writer Elfriede Jelinek once wrote a play featuring both Plath and Bachmann as characters. (“Sylvia and Inge are performing ritual slaughter on a male animal (a ram),” read stage directions available on Jelinek’s website, translated by Lilian Friedberg.)

Most of these writers did not read Plath and were not influenced by her, but Plath’s legacy looms large in the Anglophone imagination, even when interacting with literature on a global scale. And for some, she actually was an enduring influence—the Italian poet Amelia Rosselli, who wrote movingly of her work, went so far as to commit her own suicide on the 33rd anniversary of Plath’s.

She is impossible to escape. But she is also a writer who occupies her own contentious slot in the canon; as Maggie Nelson points out in The Art of Cruelty, “Lest we forget, to be called the Sylvia Plath of anything is a bad thing.” Her work is typecast as hysterical, juvenile, the stuff of maudlin adolescents; her poetry is read in purely autobiographical terms; her linguistic cruelty, her occasional forays into the political, and her rare moments of real joy are dismissed or ignored. Plath is a poet who runs counter to good taste; she is, more often than not, all together too much, and it is this multiplicity that frightens, that runs counter to the marketable, the middlebrow.

There are two factors that most frequently come into play in the comparisons made between Plath and other women writers. The first is political; the second, biographical. Twentieth-century women writers, please check all that apply: Did you kill yourself? (Pizarnik, Jonker, Vestrini, Shagufta.) Did you hate your father? (Jonker.) Was he a fascist? (Bachmann.) Did you yourself die tragically young, did you write about gender, did your professional and personal lives push hard against the confines afforded to you as a woman? (Farrokhzad.) Or maybe you wrote very publicly about death, particularly your own (Pizarnik again, Vestrini again—“The first suicide is unique,” begins Vestrini’s poem “Grated Carrot,” translated from the Spanish by Anne Boyer and Cassandra Gillig. “They always ask you if it was an accident / or a sincere proposition of death.”)

Perhaps it would be more useful to view these comparisons not as canny marketing or kneejerk comparisons but as a kind of internationalism, a solidarity.

It is difficult to know what to make of all this. Are the comparisons simply good marketing, Plath being one of the few poets of the last century who can garner immediate and widespread name recognition in the US? (Literature in translation is, after all, a difficult sell, with the Three Percent database at the University of Rochester stating that less than three percent of the American market is devoted to it.) It could be a mutated form of American exceptionalism, a prism through which publishing must filter the foreign, the untranslated, to render it palatable to an Anglophone audience. Yes and yes, but there is also something else at play here, I think, some other pattern. There is something about Plath’s vision, and about all of these writers’ respective works, that cannot be so easily confined and controlled by the arbitrary rules of borders.

And what do borders tell us of Plath, anyway? Part of the myth surrounding her has something to do with America, some quality of being American, America’s vision of itself. On book covers she is pictured smiling in a bikini, a vision of postwar American vitality born out of soap and a booming economy and white picket fences. She arrived at Cambridge for a Fulbright armed with a brand-new set of Samsonite luggage; she wore red lipstick, dyed her hair blonde; she for a short time worked, however disastrously, for Condé Nast. A biographer once likened her to Marilyn Monroe. She is like an advertisement, when she is portrayed like this, but one that isn’t entirely convincing. Elizabeth Hardwick saw her as essentially un-New England, despite her lifelong associations with Massachusetts; “I feel in her a special lack of national and local roots, feel it particularly in her poetry,” writes Hardwick in a 1971 essay, later noting, “There is nothing Yankee in her … she was as alien to nostalgia and sentiment as she was to the country itself. A basic and fundamental displacement played its part.”

In her writing, there is a push-pull between the old world and the new. The occasional bits of German that litter work like “Daddy” is the language of her immigrant father, her mother’s immigrant parents. She is acutely aware of this legacy, as seen in her infamous invocations of World War II and the Holocaust, her repudiation of her father a simultaneous repudiation of his language, responsible for so much violence. “Every woman adores a fascist,” goes the famous line, a funhouse mirror to Bachmann’s observation that “fascism is the first thing that occurs between a man and a woman.” In these two writers, especially, there is a weird similarity, a twinning, but one that is fraternal, not identical. Six years apart and separated by an ocean, their work each respectively works to connect the dots between authoritarianism and male authority. In a 1968 draft of a review of The Bell Jar, Bachmann writes, “one asks oneself after the third reading where the secret unhappiness starts and how, and I am inclined to consider that, like everything else you can’t find evidence for in a book, as the best and strangest.”

Perhaps it would be more useful to view these comparisons not as canny marketing or kneejerk comparisons but as a kind of internationalism, a solidarity. After all, the writers named here are their own kind of canon, some of the landmark writers of the 20th century. Pizarnik is a pivotal figure in Latin American letters, admired by Roberto Bolaño, Julio Cortázar, Octavio Paz, and more; Farrokhzad, writes her translator Sholeh Wolpé, is “Iran’s most revered female poet.” To learn about their writing is a chance for American readers to decenter themselves, to peer into a world that is larger than their nation’s borders. Plath might be the launching point, but, as Rosselli once wrote, in a 1980 essay, “Instinct of Death, Instinct of Pleasure in Plath” (translated by Lisa Mullenneaux), “Artistic research at the highest levels of intensity, such as Plath’s, is in and of itself a mortal risk.” It is an intensity that burns those it touches, country to country, language to language, leaving a path of ashes in its wake.

Rhian Sasseen lives in New York. Her writing has appeared in 3:AM Magazine, The Los Angeles Review of Books, The Nation, and more. 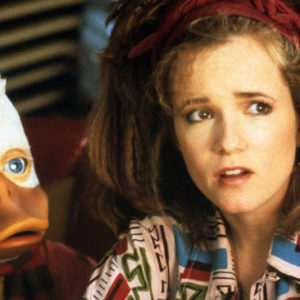 My new book, Hope for Film, was written over the course of several years. Early on, I pitched projects to financiers and presented...
© LitHub
Back to top