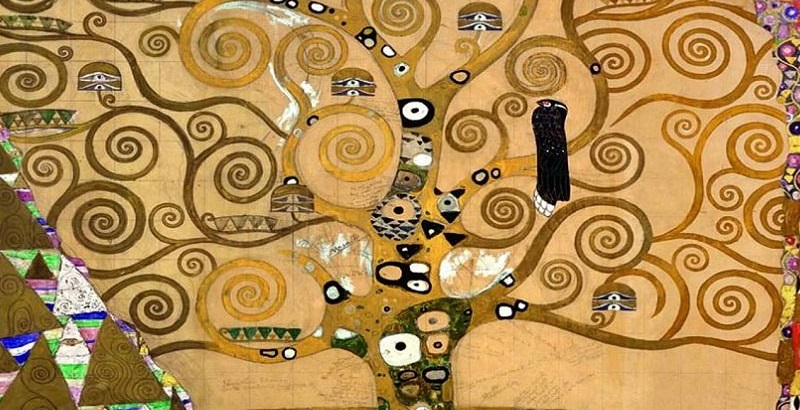 Inger Christensen Meditates on the Importance of Creation

Nature has its necessity, its direction, its force.

A flower can’t suddenly stop and decide not to bloom.

A child can’t have second thoughts about being born and stay inside its warm mother.

And the earth can’t change its route and head out for a trip around Jupiter, or out beyond the solar system.

But what about art?

Is there anything called art’s necessity, its direction and force?

Does art originate from the same necessity that gives rise to beehives, the songs of larks, and the dances of cranes?

Is it a natural expression that unavoidably bursts forth as an extension of what already exists? A natural phenomenon like all others, something that sets itself in motion, necessitated by the forces of nature, occasionally using a human being as its workplace?

And is it just as vital for human beings, as necessary for maintaining life, as the hive is for bees, the song is for larks, and the dance is for cranes?

And in that single indivisible/unified expression, both Michelangelo and art itself are in connection with what is puzzling and mysterious about the necessity of natural phenomena.

It’s true that everything is chance and change, but only because there also is an order.

Does art originate from the same necessity that gives rise to beehives, the songs of larks, and the dances of cranes?

Only because simultaneously, beneath what is changing and inexpressible, there is an order and a beauty that can burst forth at any time.

Because even though we can never swim in the same river twice, it’s still the river called Ganges, Mississippi, or Po that we’re swimming in.

All that flowing changeability, borne up by what is eternally the same. Michelangelo as a ripple on the surface of art.

One could say that it’s not the individual works of art that are necessary, but art per se.

As the earliest humans spoke, we speak too, and our speech, without our noticing how it happens, can lapse into rhythm, become a song or a poem, so that getting up in the morning, for instance, can become a song of joy about getting up.

And in the same way, all our normal ways of moving can suddenly become dance.

In the sounds of the tools we use, we suddenly hear music, which we pursue and continue as we go with our work, or instead of going on with our work.

And because our senses are always in play, our household items acquire decorative touches, our fabrics acquire colors and designs. Our children receive toys and our dead receive gifts, and it all seems essential.

For just as the wind can draw patterns in water and sand, and rustle in leaves and whistle in chimneys, and blow the clouds around so that they dance and die, so Michelangelo can also draw and paint and whistle at the same time, and see swirling visions of what hasn’t yet been created.

The question is whether humans are at all able to avoid building boats, once they’ve seen a floating branch and their bodies have felt that it can bear their weight.

Whether we are at all able to do without art, once it has lifted us into a context, no matter how light and temporary, that gives us a glimpse of the unbroken wholeness of the universe.

Certainly we can drink water from a faucet, just as it is. But once we’ve seen water spurting from the mouth of a sculpted lion or fish, or streaming from the mouths of dragons, swans, or gods, then we thirst for water from those works of art, no matter how much regular tap water we drink.

Not for the sake of entertainment. But because works of art can be experienced as pieces of our story about the world, in which we tell each other, in pictures, words, shapes, figures, that the world has an overarching meaning, even though it is hidden.

A meaning that’s not always dependent on whether we can see what the individual parts of the story are supposed to represent. Because meaning can emerge just as clearly, maybe more clearly, without any directly representational elements, as in music or abstract art.

As the earliest humans spoke, we speak too, and our speech, without our noticing how it happens, can lapse into rhythm

Although artistic movements away from representational realism have not been without their problems.

For example, when the visual arts began moving toward abstract depictions of motion—the motion that permeates reality itself.

And stopped depicting things, but instead depicted the relationships that matter for things. The breakdowns and shifts that create or fail to create harmony.

Also by highlighting the pure, unbridled joy of trying to grasp the shared life of color and form.

And that is both true and completely untrue.

No matter what, the fact that all of us can paint, and think we can paint, and generally can reach preliminary agreement about it, is an expression of the necessity of art.

That’s why it must be considered remarkable that artists have been able to paint exactly what anyone else could have painted.

This “anyone else,” whether chimps or children or anyone at all, also includes the artist. And what the artist has always already expressed. Michelangelo too. Also when he paints what no one else at all could have painted.

What I’m getting at here is the connections and differences among all entities on earth.

Our abilities, development, and understanding as a shared project.

Stones and insects, rainforests, humans, and cloud ions, all as a collective necessity.

All the knowledge we have is, in a certain sense, already gathered in the great works of art.

In the second volume of his memoirs, The Torch in My Ear, Elias Canetti describes how day after day in Frankfurt, he sought out Rembrandt’s painting The Blinding of Samson, in order to learn about himself. The painting shows two soldiers gouging out Samson’s eyes, while Delilah, who hired the soldiers, exults in the background.

“I often stood in front of this painting, and from it I learned what hatred is. I had felt hatred when very young, much too young, at five, when I had tried to kill Laurica with an ax. But you don’t know what you have felt: you have to see it in front of you, in others, in order to recognize it and know it. Something you recognize and know becomes real only if you have experienced it previously. It lies dormant in you, and you can’t name it; then all at once, it is there, as a painting, and something happening to others creates itself in you as a memory: now, it is real.”

When we write poetry, the process can often start in contemplation of language.

And it’s exactly that concentration on words and combinations of words which, in themselves, are essentially empty, that can elicit key memories.

Memories that will make it possible for readers to access their own memories.

In this way we come to live in a shared linguistic process, where experience and the creation of art are interwoven.

Just the fact that I can both see and be seen. And that I can see myself. And see myself see. See myself being seen. Also by others. Who themselves see and are seen. This already comprises the seed of art’s necessity.

“Is this waterfall of images really a house?”

That’s a quote from one of my own poetry volumes, Letter in April, but it was originally a comment made by my son—six years old at the time—as we watched a TV program about the architecture of India.

The program featured the temple of Shiva in Madurai, the camera slowly panning over the whole vast wealth of figures adorning the walls. “Is this waterfall of images really a house?”

Yes, it is. One needs only to have experienced a waterfall. Or to know what it is. Know that there is something called images. And one needs to be able to see the images as a coursing stream, as opposed to the static thing one previously thought of as a house.

And this image-stream of a house, which belongs to consciousness, could easily be called beehive, lark-song, and crane-dance.

For as human beings, we can’t avoid being part of the artistic process, where source, creation, and effect are inextricably bound together.

Here in our necessity. 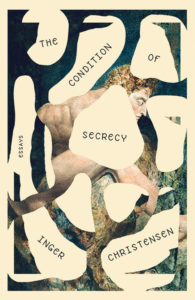 From The Condition of Secrecy. Courtesy of New Directions. Copyright © by Inger Christensen. English translation copyright © 2018 by Susanna Nied.

Inger Christensen (1935-2009) was one of Scandinavia's most powerful literary voices. She wrote poetry and prose, and her many honors include the Grand Prix des Biennales Internationales de Poésie, the Nordic Prize of the Swedish Academy, and the Austrian State Prize for European Literature. The Condition of Secrecy, the latest collection of her essays, is available from New Directions.

"Nowhere." A Poem by Adam Zagajewski 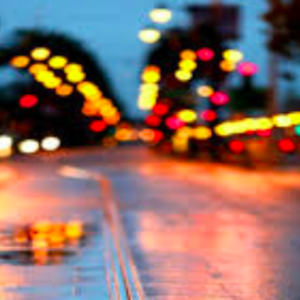 "Nowhere." A Poem by Adam Zagajewski

Nowhere It was a day nowhere just after I got back from my father’s funeral, a day between two continents; lost, I walked...
© LitHub
Back to top
Loading Comments...