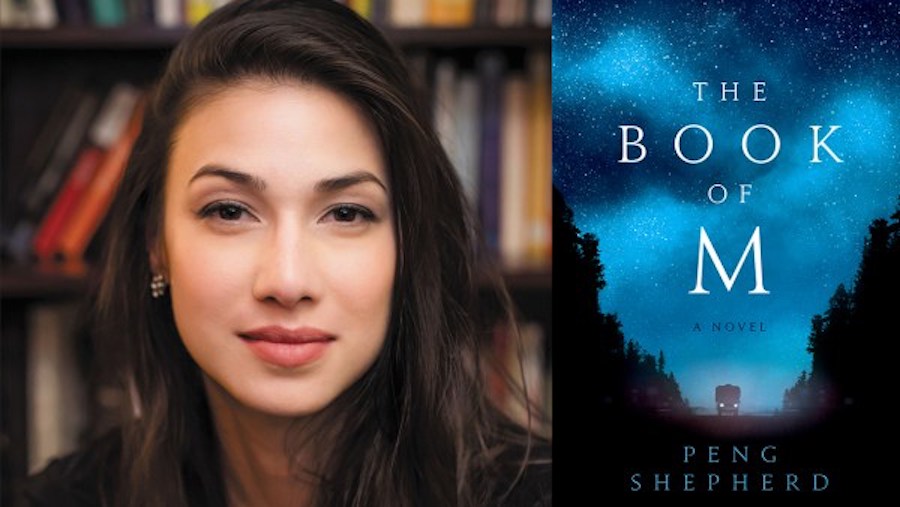 via The New Books Network

The pandemic in Peng Shepherd’s debut novel, The Book of M, starts with magic—the disappearance of a man’s shadow. The occurrence, broadcast worldwide, is greeted with delight until more and more people lose their shadows. People start losing their memories as well—while gaining an ability to change the world with the power of their imaginations.

As society collapses, the landscape becomes as beautiful as it is terrifying: deer have wings, clouds tinkle like bells, lakes appear overnight, flowers bloom in winter.

The Book of M has garnered widespread praise, earning recommendations from The Today Show and USA Today, and making Amazon’s list of Best Science Fiction and Fantasy Books of 2018. A reviewer on Bustle called it a “post-apocalyptic masterpiece.”

In a world of vanishing memories, Shepherd finds an unlikely hero: a patient with classic amnesia. Unlike the “shadowless”—who eventually forget everything, including how to speak or eat or breathe—the amnesiac never forgets how the world works. This allows him to explore, in a race against the seemingly unstoppable pandemic, ways to save the memories of the few who remain.

For several of Shepherd’s characters, the worst thing that can happen to them is losing their connection to those they love. “Their greatest fear is the people they care about who’ve lost their shadows [will forget] their love and the memories they have together,” Shepherd says.

The book is mum about the pandemic’s cause—as is Shepherd. “I sort of felt like if this really happened to all of us and the world was plunged into this kind of dream-like forgetting state, probably nobody would [know the cause] but everyone would have their theories. Some make more sense than others.”

“You can understand the concept of someone else’s memories but you can’t really experience them or know them in the same way that that person can.“

Rob Wolf: Obviously losing a shadow is pure fiction… but memory loss isn’t. Does the kind of memory loss people suffer from in the Book of M mirror Alzheimer’s disease or some other kind of dementia?

Peng Shepherd: I think for some of the characters it definitely does, especially in moments when they realize that they’ve forgotten something but they can’t figure out what it is they’ve forgotten, which I think is common and I’m sure a real terrifying thing that happens to people who suffer from Alzheimer’s and dementia. But I actually didn’t want to get too super-scientific about it since the reason that they’re losing their memories is an inherently magical thing. I thought if I pushed science really hard, it might start to break apart.

RW: What made you connect shadow and memory?

PS: A shadow is something you share with everyone but you also share with no one. And memory is kind of the same thing too. Everybody has memories but everybody’s memories of each event or person are different or individual. And you can understand the concept of someone else’s memories but you can’t really experience them or know them in the same way that that person can, so there’s something that’s really common and widespread but also precious and singular about a person’s shadow or a person’s memory.

“I believe a little bit of what each of the characters believe.”

RW: There’s a lot you don’t say about the epidemic, like how or why it starts… I think withholding the information makes the story more effective. But I couldn’t help but wonder if you yourself had some kind of disease theory about its origins or how it spreads.

PS: My editor said she wasn’t sure if she wanted a reason or cause revealed… but she did wonder if I had one specific truth about it that wasn’t in the book. And I think that the answer for me is that I believe a little bit of what each of the characters believe. There are some characters who believe it’s like an illness, a sickness and there are others that believe it’s karma and some others that believe it’s some kind of curse … And I ended up going that route, having a couple different possibilities because I thought if this really did happen to all of us and the world was plunged into this kind of dream-like forgetting state, probably nobody would have the answer but everyone would have their theories. Some make more sense than others. When I did that, when I had each character have their own personal hypothesis and argue about it with each other, that made it feel more real to me because I think that is what would happen in a situation like this that is so total and so global.

Ryan Tripp talks to Angelos Chaniotis, author of Age of Conquests: The Greek World from Alexander to Hadrian (Harvard, 2018)

Mark Koblas talks to Robert Chiles, author of The Revolution of ’28: Al Smith, American Progressivism, and the Coming of the New Deal (Cornell, 2018)

Emily K. Crandall talks to Helena Rosenblatt, author of The Lost History of Liberalism: From Ancient Rome to the Twenty-First Century (Princeton, 2018)

An Unnecessarily Close Reading of That Scene in Portnoy's Complaint 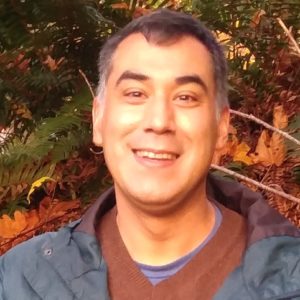 For this installment in our interview series with contemporary poets, Peter Mishler spoke with Cedar Sigo. Sigo was raised...
© LitHub
Back to top
Loading Comments...