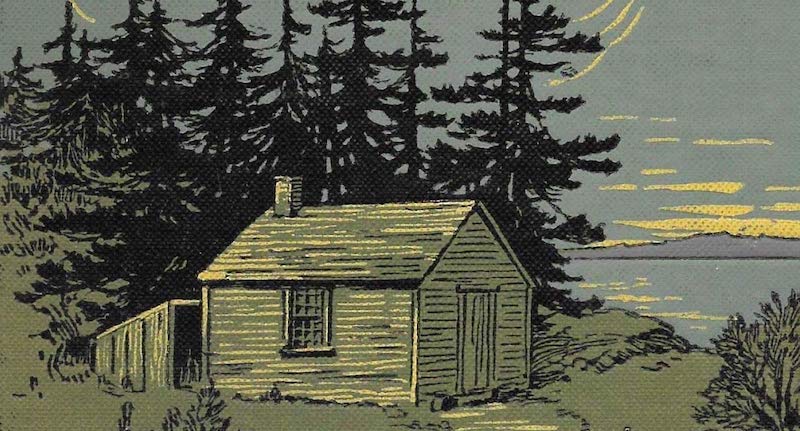 Do we really need another book about Henry David Thoreau?

Long a part of the BIG CANON OF IMPORTANT AMERICANS, Thoreau is also a part of that less vaunted group of writers judged severely by the quality of diehard fan they inspire (think Kerouac, Bukowski, Hemingway)—wild-eyed young men hurling themselves into the woods hoping to extract wisdom thereof, as if they could convert chlorophyll into intelligence just by sitting under a tree.

In Thoreau’s case, his esteem has also suffered over the last few decades based on the increasingly common knowledge that his core project—abandoning the hollow life of the city-dweller for the contemplative solitude of nature—was based in a particular kind of privilege we don’t generally associate with self-reliance: fresh laundry and homecooked meals from the women in his life, along with plenty of neighbors at his Walden idyll.

But so what? There is a severe moral streak in the American imagination that desires authenticity at all costs, a consistency that no single human being could possibly be equal too. Even if Thoreau was a complete sham (and he wasn’t), I find his searching questions about the dissipation of nature in proximity to human industry—and the entanglement of the two—pretty fucking relevant to most days alive here in the 21st century. (I will take this opportunity to highly recommend Daegan Miller’s This Radical Land, which goes deep on Thoreau’s work on the Concord River, a taste of which you can read here.)

So, to answer the question posed by the headline above, sure why not. I will gladly peruse Princeton University Press’ forthcoming Now Comes Good Sailing: On Henry David Thoreau and the Meaning of Life, particularly because it’s going to feature writing by the likes of Rafia Zakaria, John McPhee and Lauren Groff, all about Thoreau.

Because the problems he struggled with are still our problems.