Antonio Zadra and Robert Stickgold on the Mysteries of Canine Sleep

By Antonio Zadra and Robert Stickgold

Here’s a quick test. Which of these groups dream: adults, babies, dogs, people in comas, rats, books? Now rate your confidence in each of your answers. We suspect that you’ll be absolutely convinced that adults dream and that books don’t. But we suspect that you’ll be somewhat less sure about babies and dogs, although you probably believe that they do. And frankly, we have no idea what you’ll say about rats and people in comas. Each of these groups raises interesting questions about dreaming, so let’s look at them in more detail.

If you ask any dog owner whether their dog dreams, odds are they’ll tell you that it definitely does. But how do they know? Well, they might say that their dog barks quietly or whimpers while it’s asleep, and its legs start to twitch as if it were running. Obviously, it’s dreaming about chasing or being chased by some other animal. You can Google “dog dreaming” and find a delightful—or maybe frightening—collection of videos of this behavior. It’s hard to believe that these dogs are not dreaming. You can read an article posted on the Psychology Today website and find out that “It is really quite easy to determine when your dog is dreaming. . . . All that you have to do is to watch him.”

Indeed, dogs do spend a considerable amount of time in REM sleep, just like us. They even appear to spend more time—36 percent compared to our 20 to 25 percent. And they definitely do twitch, whimper, and display running-like leg movements while they’re sleeping. So yes, it certainly looks like they’re dreaming.

Similarly, perhaps even rats dream. MIT neuroscientist Matt Wilson records electrical activity from neurons deep in the brains of rats while they’re in REM sleep. While the rat is in “dream sleep,” he told the New York Times, it’s “certainly recalling memories of [running around a track] as they occurred [earlier] during the awake state.” But he stopped short of saying they were dreaming, because the dreaming experience is, as we know, subjective. As Wilson drolly commented, “Our ability to ask the animal to report the content of these states is limited.” Ah, there’s the rub. Like dogs, the rats appear to be dreaming. But making sense of the internal, private, and imaginary aspects of dreams is tricky business, and it is only with considerable effort that humans come to understand the nature of their own dream experiences.

If rats experience consciousness when they’re awake, it’s reasonable to consider whether they dream. But if they do indeed dream, this finding would suggest that they experience a subjective awareness of running around a track or of being rewarded with food while in their dreams. But how does this sphere of awareness relate to their conscious experiences during wakefulness? Do rats remember their dreams and, if so, can they distinguish dreamed events (for example, having just eaten or navigating a maze) from reality (waking up hungry and inside a cage)? And how do they understand dreaming? Given the difficulty children have coming to understand that dreams are, well, dreams, it’s hard to imagine that rats could comprehend that remembered dreams don’t reflect reality. Frankly, we doubt that they would remember them at all.

Making sense of the internal, private, and imaginary aspects of dreams is tricky business.

As you’ve probably noticed, we’ve wandered into a thorny problem—one much larger than whether dogs dream. It’s the question of whether animals other than humans are even conscious. Bob likes to shock his students by telling them that there is no scientific evidence that humans are conscious. It’s true. As the philosopher David Chalmers noted, “There is nothing that we know more intimately than conscious experience, but there is nothing that is harder to explain.” It’s a subjective, internal sense of self—we experience things in our mind, we feel our emotions. To paraphrase the French philosopher René Descartes: We think, therefore we’re conscious.

It’s equally safe to assume that the book in your hands is not conscious. If we asked you what you thought it felt like to be a book, you’d probably answer, “Nothing.” The question doesn’t even seem to make sense. But it’s quite a good question. The philosopher Thomas Nagel first asked it back in 1974; not about a book, but about a bat (the animal). He wasn’t really interested in what it was like to be a bat; more fundamentally and importantly, he wanted to know whether there was anything it was like. For there to be an answer to the question, he argued, the bat must be conscious; it must have some kind of personal experience, some feelings, perceptions, or thoughts that it is aware of—something that could form the basis for saying what it’s like to be a bat. That, he argued, is the test for whether something is conscious. When you say to yourself, “I wonder what it’s like to be Fido,” you’re starting from the assumption that there is something it’s like to be Fido.

But as things currently stand, no matter how much evidence you might have, you can really only say that Fido acts like he’s conscious, which is not enough. Within twenty years, you’ll probably be able to buy eFido—sold by some tech company—that acts just like Fido. Maybe its movements are a little jerky, and true, it doesn’t drool or poop, but it jumps up and down when you pick up its leash and lowers its head ashamedly when you catch it lying on the pillow it took off your bed. And for all intents and purposes, he looks as if he loves you. We’re so convinced of his humanity that in the last sentence we switched from talking about “it” to talking about “him.” But eFido isn’t conscious. He’s just an elegantly programmed robot. How do we know? Well, to be honest, we don’t know for sure, because we simply don’t know what it takes for something to be conscious. But we do hope he isn’t.

On the other hand, you can be absolutely certain that the snowman character called Olaf in the movie Frozen isn’t conscious, and neither is the heroine Elsa. They are, after all, computer-generated images. We bring up this example not because we think you’ll disagree, but to point out that many five-year-olds would rather give up their belief in Santa Claus than accept that Elsa isn’t a living, breathing, conscious child, just like them. We attribute consciousness to anything that acts like us. It’s that simple.

And it’s also that confusing. That’s the problem with asking whether dogs dream. They certainly act like they’re dreaming, and their brain activity while they’re sleeping looks very similar to ours when we dream. But neither of these facts allows us to conclude that they’re dreaming. We just can’t tell. And that’s not the worst of it.

We are aware that we are, in fact, aware, but no one has ever proven it scientifically.

We love to watch little babies when they’re dreaming. They smile, their legs jerk and their arms wave around, they make little noises, and they start to suck on imaginary breasts, all while they’re in REM sleep. You can tell that they’re in REM by watching their eyelids. Their lids are still so thin, you can clearly see the lids stretch out as the eyeballs leap back and forth—right, left, right, left. Babies also get into REM sleep much faster than we do—after being asleep for less than 10 minutes compared to 90 minutes for adults—so you don’t even have to wait very long to see it start. It’s really amazing to watch—the moving eyes, the smiles, the sucking noises. How could they not be dreaming?

You can see where this is going; we have the same problem as with the dogs and rats. Yes, babies act like they’re dreaming, but we just can’t know. They can’t tell us their dreams; they can’t even tell us that they’re conscious. And if they are conscious, we clearly don’t have a good grasp on the many ways in which their sense of consciousness differs from that of older children and adults, or how it changes as the brain grows and develops over the first few years. If they are conscious and if they do dream, it would certainly be with a diminished, preverbal form of consciousness and dreaming that would become more like ours only as they grew older. What they could dream about would be limited by the knowledge and skills they had already gained.

In the first weeks of life, a baby’s vision is pretty blurry beyond a distance of about 12 inches, and they can’t turn their eyes to follow a moving object until they’re a few months old. Thus, their visual memories are going to be quite limited. Similarly, their sense of self would be minimal, perhaps just a sense of being. They certainly won’t have a vault filled with rich autobiographical memories the way adults have, and they won’t be able to categorize their sensory experiences. Without this type of information, babies’ dreams would be little more than a pastiche of remembered sensations and emotions.

Of course, as babies grow older and as their experiences, memories, and cognitive skills expand, so too will the richness of their dreams. This is exactly what laboratory and home studies of children’s dreams suggest: As children’s brains mature and their cognitive abilities improve (including the complexity of their mental imagery and narrative skills), the complexity of their dream experiences and their capacity for dream recall also show developmental changes. This growth results in recalled dreams that are increasingly adult-like in frequency, length, and structure.

So, assuming they are conscious and do dream, what do babies dream about? No one knows for sure, but we believe that their dreams are probably similar to whatever their waking experiences are like, and certainly not more complex. Newborns aren’t going to be dreaming about doing puzzles, driving a car, or looking for a lost dog. What they’re dreaming is probably just what it looks like: images of happy faces, the warmth of being held close, and the sensations of sucking on bottles and breasts. 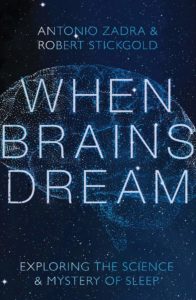 From When Brains Dream © copyright 2021 by Antonio Zadra and Robert Stickgold. Published by W. W. Norton & Company. Reproduced by permission.

Antonio Zadra is a professor at the Université de Montréal and a researcher at the Center for Advanced Research in Sleep Medicine. He has appeared on PBS's Nova and BBC's Horizon. Zadra lives in Quebec. Robert Stickgold is a professor at Harvard Medical School and director of the Center for Sleep and Cognition. His writing has appeared in Scientific American and Newsweek. Stickgold lives in Cambridge, Massachusetts. 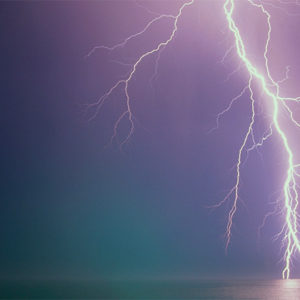 During the two years Ronan was dying, I unwittingly became the poster child for resilience, a word with which I’ve always...
© LitHub
Back to top
Loading Comments...