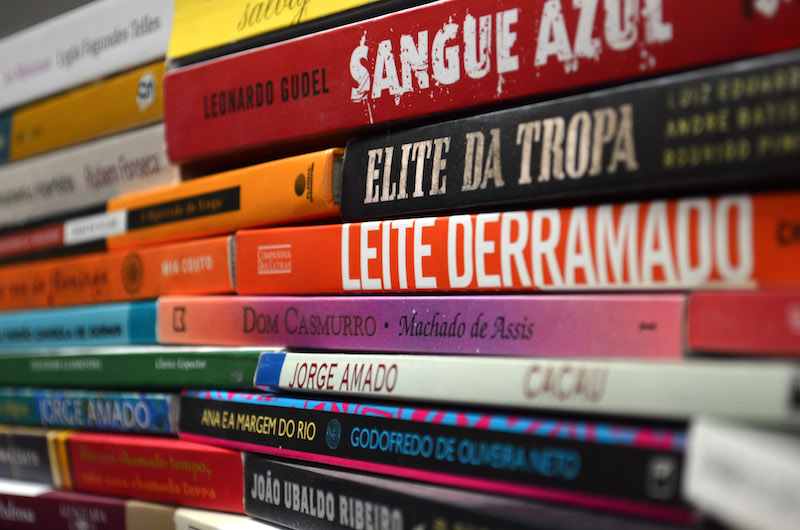 Anjali Enjeti on the Serious Lack of Translated Literature in America

Two years ago at the Jaipur Literature Festival in Rajasthan, India, Pulitzer Prize-winning novelist and American ex-pat Jhumpa Lahiri, who’d relocated from Brooklyn to the outskirts of Rome, slammed the American book market for its “lack of translation, the lack of energy put into translation.” The following year, Ferrante fever ignited with the release of Italian author Elena Ferrante’s fourth and final installment of the Neopolitan novels, The Story of the Lost Child. Curiosity over Ferrante’s true identity (the author writes under a pen name) transformed into fandom for Ann Goldstein, Ferrante’s translator.

In the two years since Lahiri’s speech, in the eight months since Ferrante released her concluding book in the series, have translations finally broken through in the American book market?

The answer is complicated.

Given the number of known translations to be published this year (227 so far) it doesn’t appear 2016 will be a juggernaut year for translated books.

The news is anything but grim. For the translation community, made up of publishers, editors, authors and translators, is a grassroots, diverse and dynamic group determined to put more translated works into the hands of American readers. If they have anything to say, it’s this: translations make up a crucial component in the American literary canon, and more people need to be reading them.

Chad Post has been an integral figure in raising America’s consciousness about translated work. In 2007, he founded the Best Translated Book Award (“BTBA”), the U.S. equivalent to the renowned Man Booker International Prize. This year’s long list included 35 works of fiction and poetry. The finalists announced in April included 10 works of fiction (including Ferrante’s The Story of a Lost Child) and 6 poetry collections from nine different languages (three each in French, Portuguese, and Spanish) and 13 different countries (two each from Brazil, China, and Mexico). Ten of the finalists were women.

On May 4, at The Folly in New York City and online at The Millions, Signs Preceding the End of the World by Yuri Herrera, translated from Spanish by Lisa Dillman, and Rilke Shake by Angélica Freitas, translated from Portuguese by Hillary Kaplan, were announced as this year’s fiction and poetry winners, respectively. The winning authors and translators receive $5,000 each, funded by the Amazon Literary Partnership.

In addition to spearheading the BTBA, Post is the publisher of Open Letter Books, the University of Rochester’s translation press and managing editor of Three Percent, a preeminent translation blog that takes its name from the annual number of translated books published in the U.S. (Though the number hovers at a mere 0.7% for literary fiction and poetry.) Each year, Post painstakingly compiles excel spreadsheets of the data (see above) on translated works, which, in addition to authors’ names and book titles, include the genre, the translators’ names, the works’ original languages, and the countries of origin.

During Post’s tenure as a translation advocate, he’s witnessed dismissive opinions about translations (like this 2003 article entitled Americans Yawn at Foreign Fiction) evolve to a deep-seeded appreciation of the place of translations in literary culture. “A lot more people are paying attention to translations,” he said. “Before people didn’t want to buy translations because it wasn’t the ‘real’ book. Now people think ‘Oh, translated from Farsi, sound pretty cool.’”

Other translation experts have noticed this shift in perception, too. “At points in my career, translated work was not considered worthy,” said Barbara Epler, publisher and editor-in-chief of New Directions, and the most recently named recipient of the Ottoway Award for the Promotion of International Literature. “This sentiment is gone. There’s been a real erosion of prejudice, a cultural desire not to be provincial,” she said.

To ensure their continued viability in the U.S. literary marketplace, translations need considerable institutional support. They are already well-received, taught, and circulated at universities. And a few dozen undergraduate and graduate translation programs help to usher in the next generation into translation work.

Organizations like Words without Borders and the American Literary Translators Association (“ALTA”), which provide resources, support and advocacy for translators, play a vital role. Erica Mena, managing director of ALTA, said since 2014, its membership has increased by 25% to 800 members, and its annual conference attendance has increased by 45% to over 300. Since 2003, the PEN/Heim Translation Fund has awarded grants to 139 translated works from 35 languages.

Small presses, such as non-profit presses and university presses, publish 85% of all translated literature in the U.S. “The most successful authors in translation since 2000 have all come along from small and independent presses,” said Scott Esposito, the marketing director and senior editor from Two Lines Press. “Knausgaard was discovered by Archipelago Books, Elena Ferrante by Europa Editions, and so on. Though these authors have all benefited from the largess of major gatekeepers, the essential fact to remember is that they would not be here without the risks that these presses have taken to find them and nurture them,” he said.

Larger presses, with their deeper pockets for marketing and distribution, also play an important role in translations. In new and upcoming releases, Riverhead translated Alvaro Enrigue’s Sudden Death, and Penguin translated Alejandro Zambra’s Multiple Choice. Amazon not only funds the BTBA, it is America’s largest publisher of translations.

Despite these concerted efforts, it appears translations have had a bit of a public relations problem. “It’s just been hard to get the information out about them,” said Mena. According to Post, despite the advent of social media and greater opportunities to reach potential readers online, there has been no significant increase in the sales of translations over the past few years.

Ken Liu, author and translator of Chinese language short stories and novels, wonders why this is. “I still don’t know if many people are going out of their way to read translations,” he said. “Translated works have a history of success behind them [in their origin countries]. They shouldn’t be this hard to be discovered,” he said.

John Keene, chair of Rutgers University’s Department of African and African American Studies, translates French, Portuguese, and Spanish fiction and poetry. He put it this way: “Despite the fact that the U.S. is a linguistically diverse country—more people speak Spanish here than entire other countries, and a large number of people speak Chinese and Japanese—American literary culture can still be insular.” It’s important to remember, too, that a writer’s ethnic identity might not correspond to the language he or she is producing in. “There’s a danger,” said Keene, “in making such assumptions.” For example, Arab-French writers may be writing in Arabic or Tamazigh, not French, he said.

Perhaps a closer examination of the cultural barriers that keep translations from becoming literary zeitgeist is in order. Are the issues of inclusivity that plague the U.S. publishing industry exacerbated for international literature originally published in non-English languages?

“At certain levels, narratives that map easily onto mainstream conceptions of American society and popular culture have a high likelihood of being translated,” said Keene. “Ferrante touches a particular nerve, a need that readers have to see certain kinds of relationships, certain approaches to how women, spouses, are depicted in the same way in American literature,” he said.

Liu shares a similar sentiment. “The prestige of the source culture makes a huge difference in the amount of interest and receptivity. Translations from certain languages like French, receive a natural prestige that is not given to other countries,” he said. Though several factors determine how and whether a work will be translated, such as how well a book sells in its origin country, there may be some truth to Liu’s sentiment: 113 works in French (almost 20 percent) were translated in 2015, compared to only 23 books translated from Chinese (just over 4 percent). This, despite the fact that Chinese immigrants now make up the largest group of immigrants entering the U.S. each year, and, according to the 2010 U.S. Censes, over three million people living in the United States identify as Chinese.

What would help make translations more popular with American readers?

“What would be really nice is if someone became a huge funder or donor to pledge to help smalls presses publish translated books,” said Post.

“We need to develop a cultural vocabulary to talk about the translator,” said Mena. “Readers need to understand that the translator is a key component of the creative or scholarly process of the work,” she said. One of ALTA’s goals is to increase the visibility of the translator by placing his or her name alongside the author’s name on all translated work.

Mena would also like to see more minority diaspora and underrepresented languages published. “Most European governments have funds to export culture. But languages of the diaspora, such as Kurdish, Inuit or tribal African languages don’t have that kind of agency to export literature,” she said. She envisions the ability of translators to connect directly online with authors of stateless languages, and has helped to establish ALTA’s new annual fellowship, the Jansen Fellowship, to encourage this practice.

Keene hopes to see more translations across the board from authors of color. “I think it’s crucial that we hear from the widest array of black and brown voices in Britain, say, or France, or any country,” he said. “There’s a paucity of translated works from African Brazilians,” he added, despite the fact that African Brazilians are now the majority race in Brazil.

This expansive, inclusive worldview, coupled with the community’s dedication and enthusiasm, is what will eventually turn a much-deserved spotlight on translated literature. “We’re witnessing something hugely important for the revitalization of our literary culture here in the U.S,” said Esposito. “Seeing all of these people working together and getting people really excited to read the amazing books that are getting published these days is just great to watch and be a part of.” 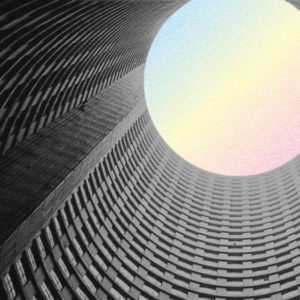 Most readers nowadays, asked to name a contemporary Chinese writer, could manage at least one. But the odds are that it will...
© LitHub
Back to top