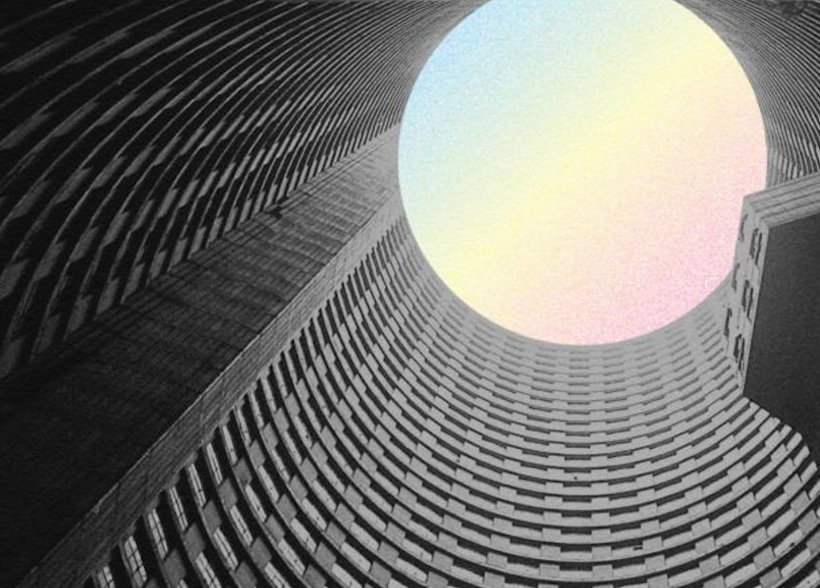 Most readers nowadays, asked to name a contemporary Chinese writer, could manage at least one. But the odds are that it will be a man. Yet the near-invisibility of Chinese women writers internationally is entirely undeserved. They flourish on the literary scene at home and have done so since the beginning of the New Culture Movement in the early twentieth century. We are quite proud that this list (drawn up by the Paper-Republic.org collective and friends) ranges so widely. There’s something here for everyone, from travel literature to novels and short story collections, from fantasy and sci-fi to meditations on love and loneliness, with plenty of dark humor along the way. We have included works from all over the Chinese-writing world–mainland China, Hong Kong, and Taiwan (and one from USA too). 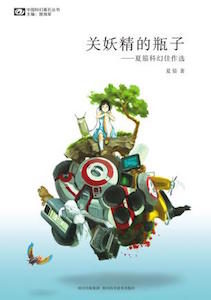 Demons from nineteenth-century thought experiments are brought to life; Beijing summer storms invert meteorological cause and effect; ghosts and legendary heroes see out the last days of a pseudo-traditional tourist street that could serve as the setting of a George Saunders story. A translator, scholar and film-maker as well as an author, Xia Jia disintegrates genre boundaries in tales which encompass sci-fi, fantasy, myth and romance. This compilation collects some of the best short stories she has written since her publication in 2004.

Why publish this book? One or two of these stories are already available in English (notably Ken Liu’s translation of “A Hundred Ghosts Parade Tonight”, a 2013 SFF Translation Award nominee) but the collection deserves to be read in its entirety to get a perspective on the true breadth of Xia Jia’s imaginative vision. –Dave Haysom 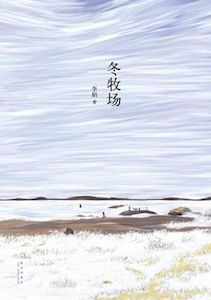 Li Juan, a Xinjiang-born Han Chinese writer, spent the winter of 2010 living with a nomadic Kazakh family in China’s Altai region, bordering Kazakhstan and Mongolia. Winter Pasture is her candid account of those months, carefully observed, leavened with humour, utterly readable. For instance, she struggles to find a host couple who speak mandarin Chinese: the mandarin-speakers are mostly young, but she does not fancy sharing a cramped winter home with a pair of young lovebirds. For their part, the Kazakhs find her an oddity: unmarried, doesn’t work (in their terms); antisocial (in their terms); and careless of her appearance. Li Juan is disarmingly self-deprecating: she finds learning Kazakhi and adapting to a completely different culture challenging, not to speak of the privations of enduring sub-zero temperatures, with only snow-melt for water.

Why publish this book? More than just an exotic travel diary, Winter Pasture reflects on the relationships not just between humans and nature in the harshest of environments, but also between the Han Chinese and China’s Kazakh minority. –Nicky Harman 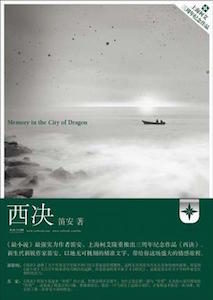 Zheng Xijue is a 23-year-old high school teacher in the fictitious Dragon City, trying to find his place in modern China, navigating a sea of university entrance exams and a sputtering job market. The first in a trilogy (the others take up the stories of Xijue’s cousins) that deepen as the characters age and have to cope with the complexities of single motherhood, death, prison and China’s parlous medical system.

Why publish this book? The ennui and suffocation of Di An’s Dragon City characters will surely resonate with young people elsewhere, as they struggle to make sense of a world that has quietly slipped its moorings. – Jeremy Tiang 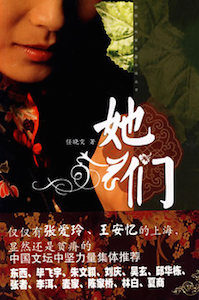 Following a group of young women through the back streets of Shanghai, we watch them suffer abuse and drop out of school, eventually resorting to theft or prostitution to stay alive. Full of dark humor and mordant observations about city life, Those Girls shows us the degradation women suffer at the hands of men and each other, how viciously they fight for survival but also the great tenderness they are capable of.

Why publish this book? A look behind the glossy facade of Shanghai, where a decent existence can no longer be taken for granted, this novel neither sensationalizes nor sentimentalizes the underbelly of urban China, but paints an unflinching portrait of how quickly a life can swerve off its tracks. – Jeremy Tiang 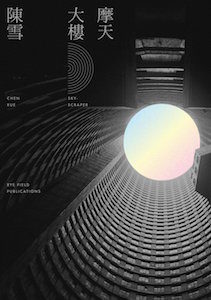 We spy on the inhabitants of a New Taipei City skyscraper: the barista waiting for her past to catch up with her, the romantic novelist unable to leave her flat, the businessman who keeps his wife and mistress in separate towers of this complex. Everyone has their secrets, everyone is struggling to get by. When a brutal murder takes place, we see that this community might not be as functional as it believes, and that everyone is a suspect…

Why publish this book? A story told in fragments and glimpses, this novel is both a well-observed depiction of atomized modern life, and a gripping thriller in which we see how apartment living requires us to place a great deal of trust in people we don’t know all that well. – Jeremy Tiang 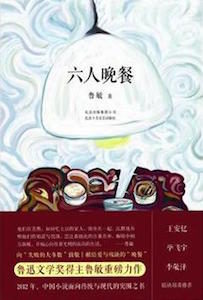 Under the stench of factory skies, two single parents in a social mismatch of a relationship bring their four offspring together for Saturday dinners… then try to keep them apart. Can widowed Su Qin ever acknowledge publicly her relationship with Mr Ding? Can she keep her daughter Xiaolan away from Mr Ding’s son? Can her son have the family life he craves?

Why publish this book? It’s an exquisite examination of urban life in China, with razor-sharp observations about status, class and morality. Lu Min applies her wicked sense of humor to real, and often uncomfortable, issues. –Helen Wang 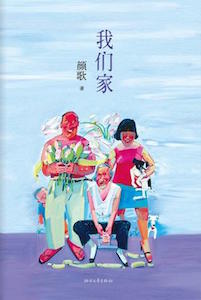 An irreverent family drama. The novel is set in a (fictional) Sichuan town in present-day China, where Gran’s impending eightieth birthday celebrations revive old enmities between middle-aged siblings. Our hero may be the lynch pin of the clan and dutiful son to his overbearing mother, but he compensates for those virtues by boozing, guzzling, gambling and sleeping around. When his young lover announces she is pregnant, he is overjoyed. However, disasters strike in quick succession: he has a heart attack, he finds out that his chauffeur is the baby’s father and, when the birthday celebrations finally arrive, unwelcome secrets from everyone’s past are revealed, including that of the matriarch herself. The novel won a major prize in China and is soon due out in French and German.

Why publish this book? Because young Chinese women writers don’t come much more original than this. – Nicky Harman 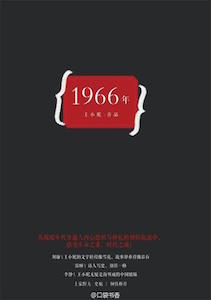 Handling historical topics is a major challenge for Chinese writers. So much unbelievable drama has taken place over the past century, and there is such a heavy onus on writers to bear witness to, and to “explain”, this history. Many find themselves struggling under the weight of this mission, but Wang Xiaoni knows how to keep her balance. The stories in 1966, named for the year the Cultural Revolution began, are largely told from the point of view of children or other “small” characters. Herself only twelve years old at the time, Wang has a poet’s recollection of the unfathomable tensions and incomprehensible dangers of a society that has begun to attack itself. One story from this collection, “Locomotive”, was published in English as Read Paper Republic no. 11.

Why publish this book? The author creates an emotional tone that will resonate for readers of any background. –Eric Abrahamsen 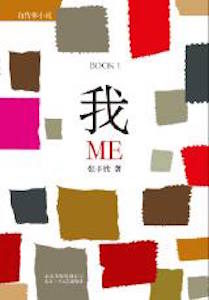 Presented as autobiographical fiction (to avoid the scrutiny of the non-fiction censors), this is an autobiography with a difference. The book starts with the author in hospital after a car crash, wanting to talk end-of-life issues with Steve, her American husband. It continues in this vein, with flashbacks of her life interspersed with conversations that compare and contrast this couple’s experiences of growing up in different parts of the world, with different politics, and different highs and lows. A separate piece, “Self-Portrait”, introducing the book, was published in English as Read Paper Republic no. 45.

Why publish this book? It’s a good read! More seriously, it’s a rare reflection of life from the 1950s through to the twenty-first century, and the author’s individual take on those decades. It’s also an eye-opener into how strongly our formative reading and experiences shape our thinking and influence our lives. – Helen Wang 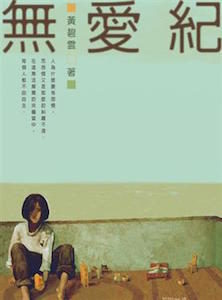 Wong Bik Wan is among the most unflinching of contemporary writers when it comes to examining the relationship between violence and sexuality. In the Hong Kong author’s Loveless, a mother is forced to confront shadows of the past—including the hidden costs of a marriage that, by all outward appearances, seemed comfortable and happy—when her daughter is hospitalized after an attempted suicide. The novel is a portrait of a woman at a crossroads as well as a stoic meditation on the hereditary dimensions of a profound alienation and loneliness.

Why publish this book? Distilled into economical prose, Loveless illustrates the far-reaching legacies of female self-denial and self-destructiveness, both cultural and personal, along with their tragic consequences. – Bonnie Huie

Nicky Harman lives in the UK. She taught translation at Imperial College until 2011 and now translates full-time from Chinese. She focuses on fiction, literary nonfiction, and occasionally poetry by authors such as Chen Xiwo, Han Dong, Hong Ying, Dorothy Tse, Xinran, Yan Geling and Zhang Ling. She has contributed to the literary magazines Chutzpah, and Words Without Borders, and also organizes translation-focused events, mentors new translators and was one of the judges for the Harvill Secker Young Translators Prize 2012, and the Writing Chinese Translation competition, run by the White Rose East Centre, University of Leeds. 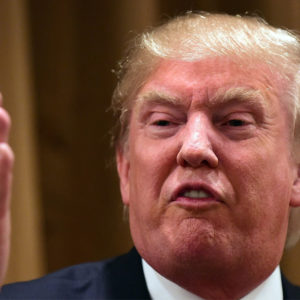 The Ass-Clown and the Asshole Men who chase women are often intensely interested in How to Attract Hot Chicks. One tip,...
© LitHub
Back to top
Loading Comments...