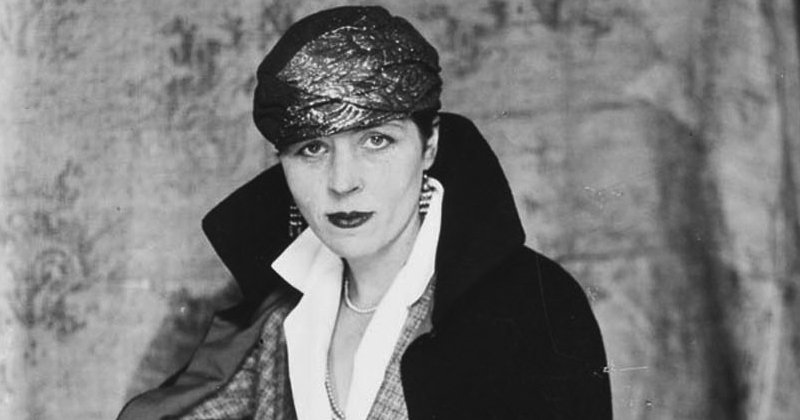 Djuna Barnes: “The Most Famous Unknown of the Century!”

On the Queer, Modernist Classic Nightwood

When I was an undergraduate at Cornell University I received a grant to travel to the University of Maryland, where the Djuna Barnes archive is housed at the Hornbake Library. I was a senior then, 20 years old, and the grant was awarded in support of research for my honors thesis, which focused on Barnes’s best-known novel, Nightwood, but also examined her body of work within the context of Modernist literature as a whole. As an aspiring writer and a young queer woman, the novel’s central narrative (the unhealthy love affair between Robin Vote and Nora Flood) appealed to me for both stylistic and personal reasons, so when the opportunity arose to study the novel in a more critical context via this research grant I jumped on the chance. Over Christmas vacation, I traveled back and forth between my sister’s place in Northern Virginia and the Hornbake Library, where I examined the archives on microfiche, taking notes in a black and white composition book.

Born June 12, 1892, Barnes came of age in the height of the Modernist movement. At age 20, she moved to New York City with her mother and three of her brothers and there began a lifelong study of art and literature that led her to briefly attend the Pratt Institute. To help support her family, Barnes got as a job as a reporter at the Brooklyn Daily Eagle, where she made a name for herself via yellow journalism, penning articles with flashy headlines like “How It Feels to Be Forcibly Fed.” Soon enough, she became part of Greenwich Village’s Bohemian community and began publishing fiction and poetry. In 1915, she published the chapbook The Book of Repulsive Women, which she later disdained as “idiotic.” Her first major works (the semi-autobiographical novel Ryder and the roman à clef Ladies Almanack) followed 13 years later, in 1928. In the intervening years, she moved to Paris, made friends of Peggy Guggenheim, and engaged in love affairs with both men and women. Her affair with Thelma Wood inspired her greatest work, the novel Nightwood.

Barnes, though one of the great modernist writers, never reached the heights of fame that her contemporaries T.S. Eliot, Virginia Woolf, and William Faulkner did, and she was never able to top the critical success of Nightwood, which sold poorly despite the praise-filled reviews. Following the publication of the novel in 1936, Barnes lost more than a decade to alcoholism, during which time she lived primarily off the kindness of her friend Guggenheim. In the last 46 years of her life, Barnes finished just two books—The Antiphon (1958), a verse play, and Creatures in an Alphabet (1982), a collection of poetry that takes the form of a bestiary—though her archives prove that she wrote constantly, obsessively, often rewriting the same poems dozens of times. Over the decades, her readership dwindled, and the reclusive Barnes became known as “the Garbo of letters,” sought out by rabid fans (academics, primarily) who received bitter, angry letters in response to their requests for interviews—if they received replies at all. H

er papers are lousy with drafts of unpublished works, and her letters are laced with bitterness and irritation, the worst of them concluding with requests for money. In a letter dated May 31, 1963, Barnes told a friend that she was “the most famous unknown of the century!” She was not wrong.

“Sometimes love just happens—wonderfully, horribly—leaving us to wonder who we have become after it ends, if it can even be said to end.”

Today, Barnes’s legacy endures thanks to the inclusion of Nightwood in college courses on queer and Modernist literature. This is not to say that the queer love affair at the heart of the novel is a happy one. Quite the contrary. Robin Vote is described as “the born somnambule, who lives in two worlds,” that of the waking world and the dream. This dreamlike quality makes Robin both attractive and evasive. Throughout the novel, she seems drawn by forces she cannot control to wander the earth in search of something that she can neither grasp nor define. In Nora, she finds some stability: a home she can return to, a heart she can continue to break as she drifts in and out of the Paris bars, cheating on Nora with men and women alike. Robin seems not to understand the damage that her love can do—how completely she ruins the people around her—and that’s the lesson I took away from reading Nightwood as an impressionable 13-year-old barely out of the closet: that love is often toxic and that our collective inability to extricate ourselves from toxic relationships is not necessarily a failing of character or fortitude; that sometimes love just happens—wonderfully, horribly—leaving us to wonder who we have become after it ends, if it can even be said to end.

In one of the last chapters of Nightwood, after Robin and Nora break up, Nora turns to a friend in search of solace and delivers my favorite line in all of literature:

“I have been loved,” she said, “by something strange, and it has forgotten me.”

As an adult with a couple of bad break-ups behind me, this statement appealed to me because it captures the complexities of desire and its aftermath. This is the main reason why I keep going back to Nightwood: the toxic, passionate relationship between Robin and Nora. When I sat down to write my collection of short stories, I did so knowing that the main characters, Gemma and Sydney, were in some ways inspired by Robin and Nora. That framework is the most direct link between my short story and the novel, aside from the title, “Night Beast,” which was drawn from the Djuna Barnes archive. Barnes used that phrase in a letter to Emily Coleman, in which she lamented the fact that the negative connotations of the word “beast” had prevented her from calling the novel Night Beast instead of Nightwood.

In titling my book after Barnes’s phrase, I hoped to show that Nightwood’s influence on my work extended beyond the similarities of plot and character, the use of the word “somnambule.” I wanted to pay homage to a writer who has been immeasurably influential in my life and my career as a writer. There will be other links, I’m sure. Nightwood has been with me for so long that it feels like part of me.

There are books that shape us subconsciously, imprinting on our brains when we least expect it. It can take years to tease out all the ways in which books like these affect us. My hope is that in a hundred years people will still be discovering Nightwood, as I did, and will keep Djuna Barnes’s legacy alive.
Black CatDjuna BarnesNightwoodpartnersqueer literaturequeer writersRuth Joffre
Share:

Ruth Joffre is the author of Night Beast. Born and raised in Northern Virginia, she graduated with honors from Cornell University and earned her MFA from the Iowa Writers’ Workshop. Her work has appeared in the Kenyon Review, Mid-American Review, Masters Review, Hayden’s Ferry Review, Nashville Review, and Prairie Schooner, among others. She lives in Seattle, where she teaches writing and literature at the Hugo House.

Havoc: A Cynical (and Personal) Portrayal of Alcoholism 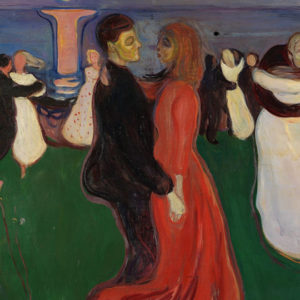 Havoc: A Cynical (and Personal) Portrayal of Alcoholism

“A toast to the infinitude of the soul.” Havoc should come with a health warning. Tom Kristensen’s novel, about...
© LitHub
Back to top