Disposable People, Dying to Build a City in the Desert

Behind the Exploitative Labor Practices that Inspired Temporary People

Deepak Unnikrishan hadn’t thought very deeply about where he was from until two planes and a band of terrorists brought down the World Trade Center. He had just arrived in the US for a BA program and suddenly everyone was asking him about his background.

“I didn’t know what to say,” he recalls.

Since non-Emiratis are barred from becoming citizens, Unnikrishnan is technically Indian although he was born in Abu Dhabi. His parents followed a popular course from the Communist stronghold of Kerala, India to work in the capitalist frenzy of the UAE in the 1970s. While there, Unnikrishnan went to a school full of people who were also of Indian descent. He visited India regularly. He grew up feeling Indian.

But when he was homesick in the States, Unnikrishnan says, “It was a revelation to realize that home to me meant Abu Dhabi, not India.”

Even so, he felt a bit awkward laying claim to a nation that refused to claim him as one its own, never mind the fact that non-natives like him make up the vast majority—more than 80 percent—of the UAE’s population.

The questions around origin proved hard to shake for Unnikrishnan and started to manifest in his writing. The sense of displaced identity and lack of belonging that he grappled with underscores much of Temporary People, Unnikrishnan’s first novel, released by Restless Books after winning its Prize For New Immigrant Writing earlier this year. His vignettes on the UAE’s foreign population are some of first  explorations into the country’s oft-criticized views towards non-natives in English literature.

The UAE is perhaps most notorious for its treatment of the migrant labor it relies on to build its shockingly high skyscrapers and sprawling array of islands. The same faltering kafala system brings mainly South and Southeast Asian migrants to work across the Arab Gulf. The system is rife with rights abuses and even deaths. An estimated 1,000 workers a year have died while building stadiums and infrastructure for the 2022 World Cup in Doha, Qatar. At this rate, as many as 7,000 could lose their lives before the tournament begins, according to a report by the International Trade Unions Confederation.

Such devastating atrocity for the sake of a game is dark fantasy far beyond the pale of The Hunger Games: while it’s sick to consider brutal survival as sport, it’s maybe worse to think of accepting brutal massacre to facilitate sport.

Such horrors are difficult to make sense of—and thus lend themselves to the fantastic. In Temporary People, Unnikrishnan places the impossible so snuggly into the world he grew up in that the actual circumstances of life in the UAE are what start to seem surreal.

The novel takes aim almost from the onset at the country’s view of migrant laborers as inherently disposable and infinitely replaceable. In one chapter, a rival sultan is told about the surprising solution the Emirates have found to the issue of migrant workers.

“Dubai grows its labor. Sprouts workers like sheafs of corn,” an adviser tells the sultan who manages to grow himself a flock of workers “that hung from plant stalks like napping bats.”

These greenhouse-grown laborers can be treated with the cruel abandon that human rights advocates decry because they aren’t human enough to be perturbed, for example, by being housed in shipping containers. (Ironically, one Dubai contracting company has touted the metal boxes as “practical” accommodation for on-site workers.)

In another of Temporary People‘s chapters, called “Birds,” laborers fall from incomplete buildings but, so long as they don’t move an inch, they can be put back together with tape as if they were figurines. It’s here that Unnikrishnan offers his clearest articulation of how these workers are shut out:

Pay attention and one could hear mercenary architects barking instructions to create the perfect city—Move. This. There. That. They never slept, barking orders into the night, into the wee hours of the morning, never resting. The city was a board game, labor its players, there to make buildings bigger, streets longer, the economy richer. Then to leave. After.

Unnikrishnan is cautious not to focus exclusively on low-skilled laborers, but workers of all classes who come to contribute to a society to which they can never belong.

“You don’t hear stories about that as much as you do stories about say, the labor crises or construction workers,” he says. “I’m not saying those stories aren’t important—they’re necessary—but what I am saying is that . . . there are also other kinds of stories.” In other words, it’s not just those toiling on impossibly high scaffolding in the blazing hot sun who are pushed to the margins, but pharmacists, computer scientists, teachers—everyone who’s life in the UAE is contingent on their work, which happens to be almost everyone.

Like laborers, professionals must also navigate the constant anxiety of being deported since work visas can be retracted by employers with ease. Anxiety of being sent back to their home countries—and to bleak employment prospects—defines the experiences of migrants across the professional spectrum, says Zahra Babar, who has been researching the lives of migrant workers in the Gulf for years.

Deportation is even more unnerving for laborers who contend with heightened worries about paying back loans from the recruiters who placed them in the UAE to begin with. Such fees, though illegal, are common, according to Babar.

Although it has made some much needed reforms to prevent pay suppression, the UAE has faced a lot of criticism from human rights advocates about its work visa system. Mostly, the government has attempted to paint their labor practices as a win-win. The country makes strides in infrastructure and workers from more economically depressed regions make money to send home to their families. But why not at least allow some ease in the anxiety of “temporariness?”

The reason, says Zahra Babar, is to preserve the Gulf from outside influences, even as outsiders perform most of its major functions. “Contribute and leave and our culture remains our culture and our society remains our society,” she says of the thinking behind the migrant laws.

And while these laborers and professionals are legally “temporary people,” as the title of Unnikrishnan’s novel suggests, he’s eager to point out the permanent mark they have left on the UAE and other Gulf nations.

“In speaking to people who live here, they do things with Arabic and Hindi and Malayalam and English—they mash everything together,” Unnikrishan says. “And that’s a consequence of people who came. And that is part of the [UAE] . . . In other words, these words document the people who left or who remain.” Even after people leave, “You’re left with the languages. You know, a certain patois,” he notes.

The impact on the millions of people who have moved through the UAE can also be found in a surprising collection of ingredients held together in a single round of bread.

The Chips Oman Sandwich is considered the UAE’s “unofficial national dish,” a designation which makes sense. It seems to represent the very cultural mixing the government is working tirelessly, and at times violently, to prevent: a combination of South Indian-style paratha with Happy Cow cheese, a bag of spicy potato chips made in Oman, and a dash of tabasco sauce.

The sandwich sounds almost like something out of Unnikrishnan’s wild imaginings but it’s a real thing—and, he insists, it’s delicious.

Beenish Ahmed is the founder of THE ALIGNIST, a box subscription service that connects novels to the news and recipes to reading and more. She's reported for Harpers, The New Yorker, NPR, The Atlantic, and Vice, among other outlets. Follow her on Twitter @beenishfahmed. 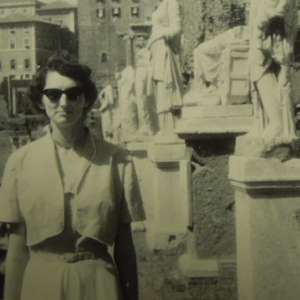 Rebecca Solnit on a childhood of reading, wandering, and getting lost in libraries (and in the forests surrounding...
© LitHub
Back to top