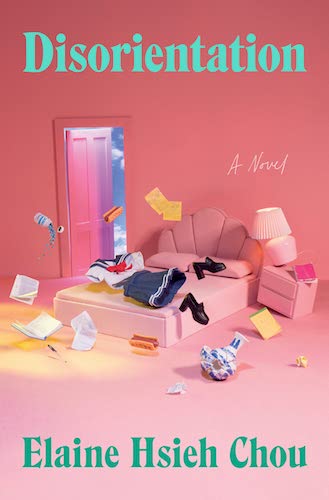 Ingrid and her fiancé lived in a two-bedroom apartment in Barnes’s graduate housing to the south of campus. The living room carpet bore a suspicious pink stain, the radiators clanked and the walls were unseasonably thin, but it was subsidized and in walking distance to the university. Parked beneath the apartment was a rusted chocolate-colored Oldsmobile that Stephen had received on his eighteenth birthday, which they took turns sharing.

By all accounts, Stephen Greene was plain. He had a plain, thin face and plain brown hair. He wore plain glasses and preferred plain clothes paired with plain, unpatterned socks. He had the face of an unremarkable passerby or, when he stood in shadowy lighting, of someone on the sex offender registry.

But to Ingrid, he was perfect.

She loved Stephen’s generic features and droning public radio voice. The way he only ate sugar-free cereal and color-coordinated his pencil drawer. She was uncertain about many things in life, but she knew with utmost certainty that she and Stephen—they were meant to be. This belief had scientific backing: after inputting their preferences for age, race, location, education and interests, an online algorithm had matched them together with a 98 percent success rate.

Prior to Stephen, Ingrid had experienced such bad luck with men, she felt fated to be alone for the rest of her life. Although the idea of being her own significant other held a certain appeal (take that patriarchy!)—here, too, she had imagined a new wardrobe of shawls, autumn tones and tinkling jewelry—Ingrid harbored an innate need to attach herself to someone like a pathogen to a host.

Perhaps therein lay the problem. Her ex-boyfriends had called her hurtful names like “clingy” and “codependent.” Her first boyfriend, the Film Studies Major, used to disappear on her for weeks at a time with nary a text message. She had to resort to temporarily changing her major in order to take the same classes as him. When she confronted him in Advanced Film Theory 101, he went into a rage, calling her “hysterical” and threatening to file a restraining order against her. But then he showed up outside her dorm room at four in the morning, saying if she didn’t take him back he would start using again (prescription Adderall), and would she forgive him?

Afterwards came the Engineering Grad Student who had also been her TA for a general education requirement. On their first date, while she mopped up the semen on her stomach, he cried and confessed he’d never gotten over his first love (Ingrid was touched by his sensitivity). The Engineering Grad Student had an impressive sex drive—every single time he saw her, he wanted to have sex. His favored position was gripping her around the throat while her limbs flailed in every direction. She once made the mistake of telling him she wasn’t in the mood, and she was afraid it would hurt, and he sobbed for an hour straight, rocking back and forth on the bed, whimpering that her rejection of him made him feel unlovable, which brought back all his abandonment issues stemming from his stepmom leaving his dad when he was sixteen. She never made the mistake of saying no to him again.

She gave it back (and emailed him the warranty).

The finale to her season of dating was the Medical Resident. He and Ingrid met by chance just like in the movies: she turning around and splattering her coffee across his pale green scrubs; he waving it off and asking her to dinner that night. They fell into each other like two bodies of water after a dam is lifted. He was the first boyfriend who pronounced “I love you” while neither drunk nor drugged nor in the midst of ejaculation. Ingrid, too, loved him—intensely and obsessively. The Medical Resident explained love was the reason why Ingrid forced him to act the way he did. He made this known by having her list why she loved him, how she had failed to show it and how she would prove it, mostly while on her hands and knees, though sometimes he allowed her to remain standing against the wall. He occasionally locked Ingrid inside his bathroom (having reversed the lock system) when she had done something unacceptable like failing to inform him of her whereabouts after nightfall. He was also fond of projectile-throwing objects and screaming into her face, spraying spittle across her cheeks, which he somehow managed to do only when his neighbors were out. Then one night, when he smacked her so hard she hit the edge of the entertainment console and passed out, she could finally give a name to what he was doing to her, and left.

After that, Ingrid did not date anyone for a year and a half. She began to actively cultivate her spinster wardrobe and visit animal shelters, calculating that if she adopted a cat every seven years, she’d accumulate a respectable number before menopause.

When she registered on the dating website, it was half out of curiosity and half as a dare. She expected to smugly scroll through desperate profile after desperate profile, feeling reaffirmed spinsterhood was the correct and sensible path forward. But then she was matched with Stephen Greene.

Stephen: who believed in “vanquishing toxic masculinity,” who did not initiate conversation by demanding “shaved or natural,” who instead politely inquired after her dissertation topic, who traded literary quips with her for a full month before she got impatient and asked him out. Stephen: whose idea of a first date wasn’t going back to his apartment to “check out his DVD collection,” which somehow always turned into a forty-five-minute blow job, but attending a lecture on the short-eared gray owl native to Massachusetts.

During that first date, they traced their similarities like a connect-the-dots picture. Stephen had grown up in a small New England town and was an only child; likewise for Ingrid. His parents were both orthodontists; hers were both government bureaucratic workers. Both faithfully recycled. Both dreamt of one day sponsoring a malnourished child in an impoverished, war-torn country (the more impoverished and war-torn, the better). Their interests—intellectual, cultural, political—aligned in comforting symmetry. Make no mistake, Stephen was not exceptional save for the fact that he was exceptionally unexceptional. But Ingrid had tried men who worshipped their own testosterone, men who had personalities and egos the size of small countries, and look how that had gone.

What she wanted now was someone safe and dependable, someone downright predictable. And who could be more predictable than Stephen Greene? The man had used the same brand of hand lotion for over eleven years; surely that sort of brand loyalty transferred over to more personal forms of loyalty. As they grew to know each other (Stephen always stressing he would follow Ingrid’s pace when it came to physical intimacy; he had been a self-proclaimed feminist since seventh grade), what Ingrid appreciated most about him was his constant and unfailing benevolence. When frowning, Stephen looked thoughtfully concerned. When upset, like he had ingested one too many dairy products (he was lactose intolerant). He was incapable of raising his voice or slamming the door (it triggered his tinnitus). One got the feeling if he were caught in a fire, he would remain calmly smiling even as the flames consumed his flesh. When a fire did break out in Stephen’s building and when he in fact calmly smiled as the flames melted a decade of work on his hard drive, that was when Ingrid knew for certain: she could trust this man. Her heart, once thought permanently shuttered, reopened for business and let Stephen take up occupancy.

Soon after, all her old behaviors came flooding back—her need to know what he was thinking all the time, to be constantly reassured that no, he was not going to abruptly leave her in the middle of the night with all her cash and her checkbook like a certain Investment Banker, and no, he was not purposefully ignoring her texts, he had just been alphabetizing the pantry, and yes, he really loved her—and not once did Stephen flee. What other men had found intolerable, he found endearing. He delighted in fussing over Ingrid’s every need. When she sneezed, he was there a moment later, a tissue balanced tenderly on his palm. When she woke, it was to breakfast laid out on the table, cooled to a perfect seventy-eight degrees. When they had sex, he performed foreplay exactly as she instructed, gently massaging her entire body from her pinky toes to her earlobes with an index finger. Ingrid, too, was eager to demonstrate her devotion: ordering him vitamins in bulk, showing up at his place unannounced to bleach his whites, cooking him fiber-rich stew for each day of the week.

Stephen and Ingrid clicked into each other’s lives like two sturdy plastic furniture parts from IKEA fastening together. You couldn’t wrench them apart without breaking something. 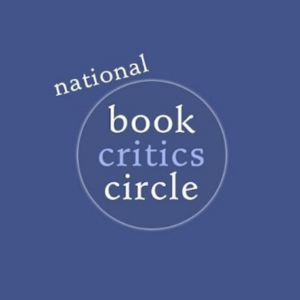