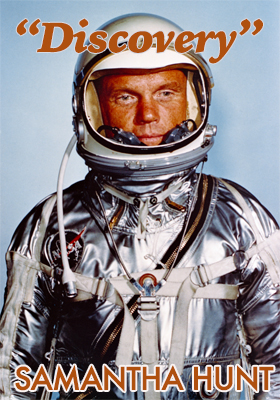 Samantha Hunt is a novelist, essayist and short-story writer. She is the author of The Seas, Mr. Splitfoot and The Invention of Everything Else. She won the Bard Fiction Prize and the National Book Foundation’s 5 Under 35 award. Her fiction and essays have appeared in The New Yorker, McSweeney's, Esquire, Tin House and elsewhere. Her latest story collection, The Dark Dark, is forthcoming this summer from FSG.

“Senator, the President has asked for a word.”

Which one? The senator wonders. He can’t have ‘Senator.’ I’ve gone flush with it. ‘Senator’ has lubricated my life. He relaxes a moment, having cleared that up, but then fidgets again with a start. He can’t have ‘pulsar’ either. It’s one of the sexiest words I get to say in publicly funded conversations.

The Senator is assigned to a seat outside the cockpit area, a seat where his feet do not touch the ground. While he waits for the others to enter the shuttle, a young astronaut passes the Senator a device of transmission, not a walkie-talkie, not a phone, still the Senator understands.

The young astronaut keeps his eyes averted from the Senator. The muffled sounds inside the shuttle, the powerless traction of his weighty spacesuit, and the E stuck in his throat remind the Senator of the girl. Though he doesn’t need reminding. He’s known her since they were two. The girl who can’t talk. Eighty-five percent of her words mangled in a stutter.

“Mr. President?” The Senator asks for the third time, but the line has gone dead. The young astronaut takes the receiver and demands, “Hello? Mr. President? Do you read me? Copy? Over. Over. Over!”

The cabin door is sealed. What had the President wanted? The Senator wonders. Maybe there’s something wrong with the shuttle. He bites the dry skin of his lips. If something were wrong they wouldn’t leave it up to the President to drop the news. Perhaps the President had phoned to encourage a sense of American duty. Maybe he was planning to say, “You’re a beacon to the nation, a shining star in the universe.” Or the President might have said, “Give those young tigers hell, Pal.” Or maybe, “Senator, don’t tell the others, but I haven’t been feeling too hot lately, some stomach thing the doctors can’t decide what to call. Read me?”

The shuttle is ready. The senator secures his helmet and prepares for lift off.

The President probably wants him to claim anything out there for us, the US. Maybe he was calling to remind the Senator of his wife’s maiden name in case something new up there requires naming.

At this the Senator sits up straighter. What’s wrong with my wife’s maiden name? Countdown.

Blastoff is noisy and upsetting to the Senator’s constitution. Once the battering calms, a voice in his headset alerts him, “Senator, the citizens of Perth, Australia, have a message for you.” From the window, the Senator sees the lights of an entire city flash on, flash off, flash on. A beacon, a shining star.

He tries to remember the speech that will be expected on his return to Earth. But instead he thinks, “Down there, God used the word to separate light and dark into meaning, into switches. On. Off. Up here, what is the word? From my window I see space. I name it wind, or cloud, but the word has lost its glue. Nothing sticks in space. I could name the galaxy after a China pattern, ‘Reverie in Strawberry.’ Nothing holds here, the way she holds me. I could name it Annie. I do. It is like her. See, then name, then trap that word, a secret, inside your body, inside our house forever. Why should anyone, even me, get to know the beauty of her thinking?”

Once, returning from a mission, the Vice President and a slew of camera crews arrived at their house. She locked the door, kept the Vice President sitting outside. What would she say when she couldn’t say anything and thought so much?

Before the first mission she told him that it isn’t right for us to go up to God’s heaven. Still, the Senator had been the first American to orbit the planet. The Senator returns again. And again. He remembers conversations. “You are mine,” he had told her.

She looked up from the bed where she sat. She did not answer him.

“Please,” he said to her neck, which was exposed and red after a shower. “I’ll stop breathing if you are not mine. ”

Her words were chopped and tortured and hard to understand. “Stop breathing when I get to one.” Copy? Over. Over.

Mine. He knew it was wrong even before he said it.

Out his window was the world. Separated from the word “word” by a tiny sliver of L. If naming asteroids, stars and galaxies were called for, there would be no Ls. This rules out his last name. Fine Ls tend toward erosion more than the other letters. Think of it in lowercase. It is a flake, a sliver that can slip away at night when everyone else is asleep. It is a phone call placed prematurely. “I’m sorry Annie, John is not going to make it home this time.”

Where does God’s heaven start?

He rests his head against the shuttle, catching his dry lip on the inside of his helmet. “Stars are boring in the daytime,” he says to comfort himself. Words mean nothing. He can talk about light without using the letter L. He can love so long and well that no word can contain it.

They enter orbit. The shuttle comes round again. And the Senator remembers a conversation: “Lover. Lover. Lover,” he had said. Not over. He bit the skin of his mouth. Never over. Come back, L. Do you read me? Copy? Over. Over. 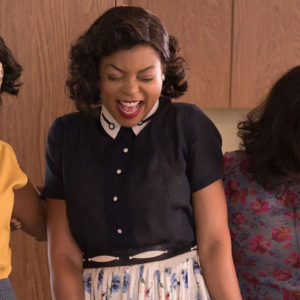