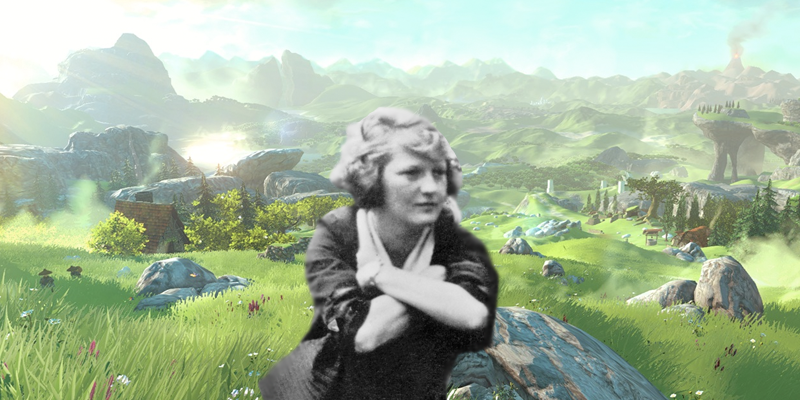 Did you know the Legend of Zelda heroine was named after Zelda Fitzgerald?

What’s there to say about Zelda Fitzgerald that hasn’t already been said? She was an icon of the Jazz Age, the first flapper, the face of the roaring ’20s. She was a writer, a socialite, and (obviously) the wife of F. Scott Fitzgerald. Their love story continues to fascinate us. In fact, people are still so enamored by the couple that they’d pay $72 a night to stay in their old Alabama home.

We know she’s been immortalized in literature. She served as the inspiration for Daisy Buchanan, for one. And she was the muse for The Eagles’ “Witchy Woman.” But did we know that her reach expanded to video games? That’s right: Zelda Fitzgerald was also the namesake for Nintendo’s Legend of Zelda.

As the story goes, the plot was set. Players would enter the world as Link, an elf-like character set on saving the captured princess. (Of course.) Japanese game creator Shigeru Miyamoto just needed a name. According to The Legend of Zelda: Hyrule Historia, a PR rep advised the princess be “a timeless beauty with classic appeal.” He suggested they name the princess after the wife of the famous American author, an “eternal beauty.”

Although the game is literally named after the princess, it should come as no surprise that the main character is the elf-boy—not unlike real life. For much of the series, Zelda acts as his helper or the damsel in distress. Hero’s Journey: 1, Feminism: 0.