Did you know that Truman Capote discovered Ray Bradbury? (Well, sort of.)

I didn’t. But it’s true: in 1945 or 1946, Ray Bradbury (who was born 100 years ago tomorrow), then known mostly in the pulp fiction market, submitted one of his short stories, “The Homecoming,” to Mademoiselle, a fashion magazine known for publishing high quality literary fiction. It was a long shot, and perhaps nothing would have come of it—except that a young writer named Truman Capote was kicking around the offices, reading submissions. He picked Bradbury’s story out of the slush pile, and recommended it to the fiction editor, Rita Smith (who also happened to be Carson McCullers’s sister). Smith advocated for the story’s publication and became a life-long friend of Bradbury’s. They bought it for $400, and Smith, along with Mademoiselle‘s editor George Davis, commissioned art for the story and built an entire Halloween-themed issue around it.

Would Ray Bradbury have turned his SFF fame into literary fame without Capote? Probably! But still, it’s one more thing we have to thank him for. 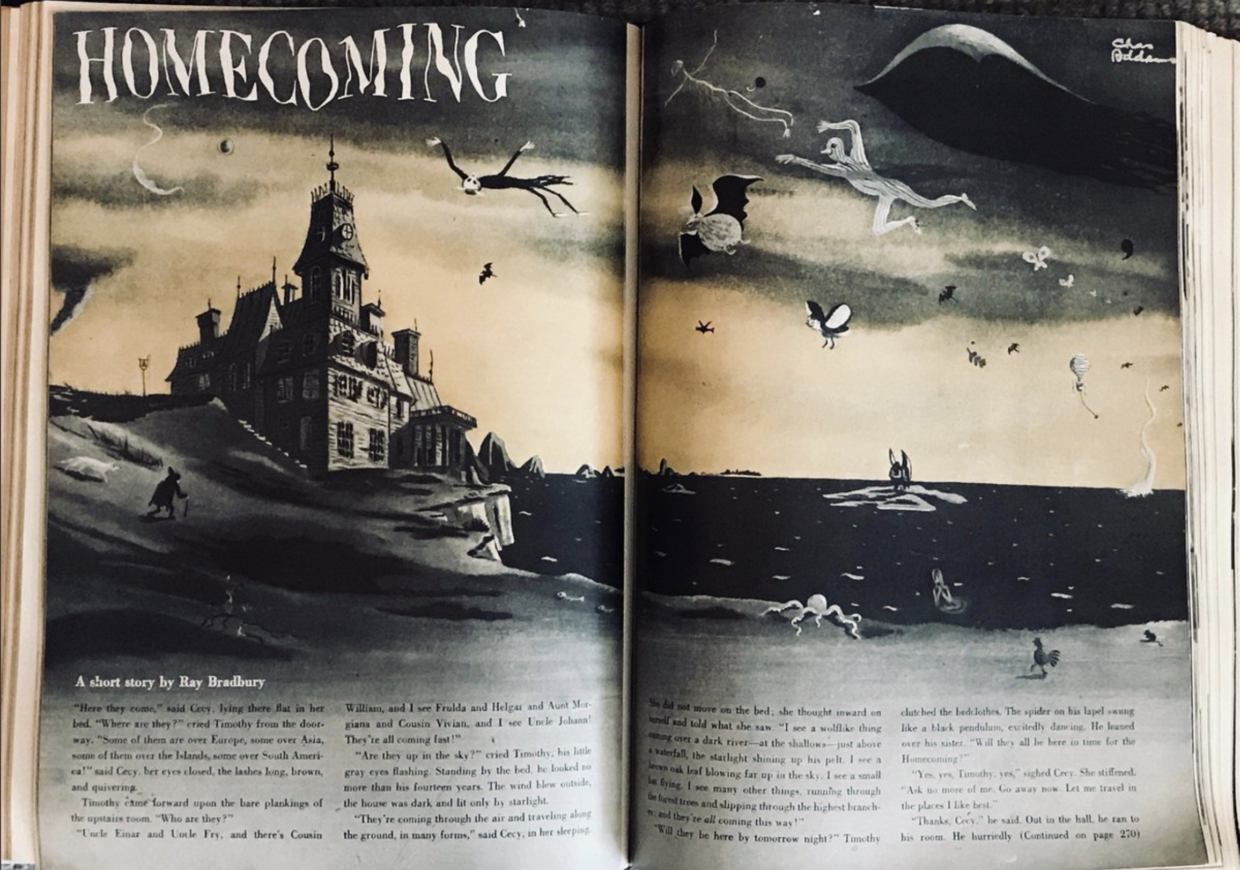