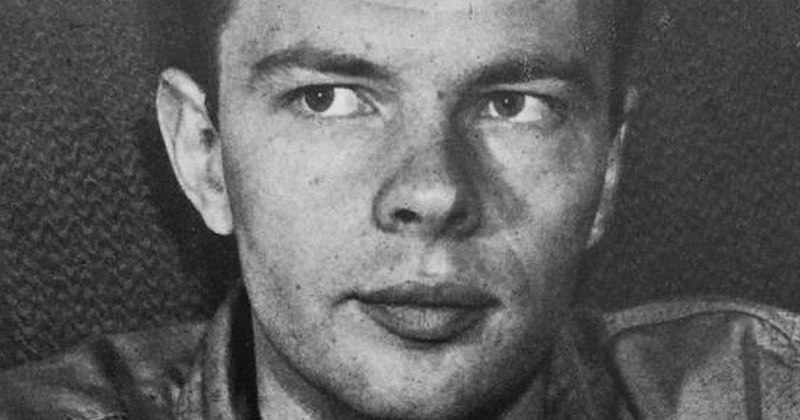 Did Philip K. Dick discover the real-life Matrix in 1977?

Today, the influential sci-fi writer Philip K. Dick was born in Chicago. His family later moved to the Bay Area where Dick matriculated at the same high school as Ursula Le Guin. He attended the University of California, Berkeley for a year before dropping out. The loss of his twin sister Jane Charlotte Dick, who died when the author was a few weeks old, seemed to permanently mark how he viewed the world. He sometimes toyed with the notion that Jane was alive and well in an alternative universe, becoming an acclaimed sci-writer instead of her brother. His adult life was marked by increasing periods of instability and erraticism; he frequently moved and was married five times. Despite the outpouring of his work (sometimes supercharged by the help of speed and other drugs), he lacked adequate financial and budgeting skills. His unpredictable, haphazard way of living was reflected in Dick’s 1982 New York Times obit, which was a few clipped paragraphs long and didn’t go into specific details about personal matters or relationships.

Over the span of his prolific literary career, Dick wrote 35 novels and six short story collections. In 1963, he received the Hugo Award for The Man in the High Castle, which was later adapted as a television series for Amazon Prime Video in 2015. In 1974, he was awarded the John W. Campbell Memorial Award for Flow My Tears, the Policeman Said.

For anyone who has read his work or even watched Ridley Scott’s transformative interpretation of Do Androids Dream of Electric Sheep?, Dick’s paranoia wasn’t just an obsessive literary theme—it was ingrained in his psyche. Take for example Dick’s appearance at a 1977 sci-fi convention in Metz, France. In a speech he delivered to flabbergasted listeners, “If You Find this World Bad, You Should See Some of the Others,” Dick discussed wide-ranging topics such as the concept of a multiverse, the meaning of eternity, the tyranny of Richard Nixon, and chance encounters with God. He assured the audience that his firsthand experience revealed the truth about what he deemed to be reality: “The world of Flow My Tears is an actual (or rather once actual) alternate world, and I remember it in detail. I do not know who else does. Maybe no one else does. perhaps all of you were always—have always been—here. But I was not. In novel after novel, story after story, over a 25-year period, I wrote repeatedly about a particular other landscape, a dreadful one. In March 1974, I understood why . . . I had good reason to. My novels and stories were, without my realizing it consciously, autobiographical.”

As weird as this all sounds, it also seems oddly familiar (cue The X-Files theme music). In his speech, Dick adds, “We are living in a computer-programmed reality, and the only clue we have to it is when some variable is changed, and some alteration in our reality occurs.” The Matrix, anyone? Granted, the groundbreaking 1999 film by the Wachowskis isn’t an explicit depiction of Dick’s far-out theories, but it’s safe to say that it was a prominent inspiration. Writing for the New York Times about the author’s legacy and creative influence in Hollywood that caught on after he died, Charles McGrath speculated, “It’s as if his [Dick’s] imaginative DNA had spread like a virus.”

Watch the video of Dick’s speech below. And for all you Matrix fans, the fourth film in the franchise will be released on December 22, 2021.