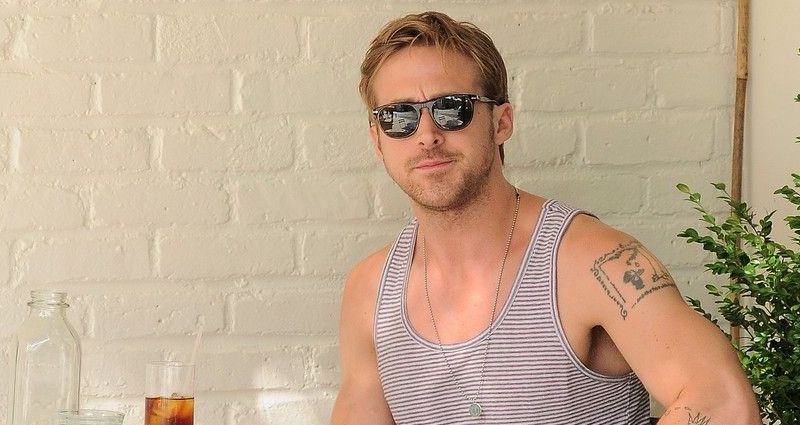 Did everyone else know about Ryan Gosling’s enormous literary tattoo?

I don’t know what’s wrong with me or what year I think it is, but it’s just now come to my attention that Ryan Gosling has a big ol’ tattoo on his arm commemorating the most disturbing and perverse children’s book of all time. That’s right, I am talking about The Giving Tree. (Okay, Love You Forever is a close second, but let’s stay on task.)

The official explanation, according to multiple fan sites and also this interview, is that his mother, Donna, used to read the book to Gosling and his sister when they were children. But also, in a 2010 interview promoting Blue Valentine, Gosling was asked about his “character’s” tattoo, and he responded like a normal adult who has read and understood the book: “That book is so fucked up; that story’s the worst. I mean, at the end the tree is a stump and the old guy just sitting on him; he’s just used him to death, and you’re supposed to want to be the tree? Fuck you. You be the tree. I don’t want to be the tree.” Was he trolling us? I bet he was just trolling us.

Anyway, in case you’ve blocked it out, The Giving Tree is a sadistic little book by Shel Silverstein, of creepy author photo fame, in which a tree gives every last part of itself to a little boy who doesn’t thank or appreciate it and just keeps taking and taking, like the entitled little shit that he is. I mean, it’s a great metaphor for the way that humans interact with the planet! But it’s not a super great metaphor for how parents and children should be together, which is how it’s usually treated. So call your mom, people. I bet Ryan Gosling called his mom today.