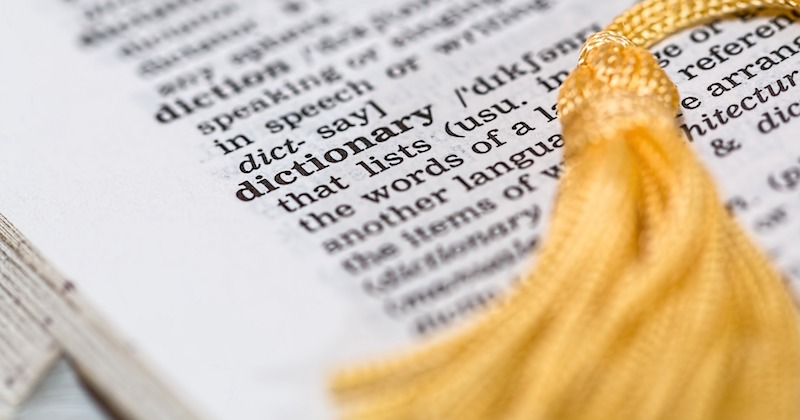 Dictionary.com just added over 300 words to its website, including “zaddy,” “yeet,” and “youse.”

The English language is an ever-changing, sometimes confounding entity. The good folks at Dictionary.com are all too aware of this fact and have recently added over 300 new words and updated definitions to the website. The latest update follows this spring’s inclusion of 450 brand-new entries, 7,600 updated entries, and 94 new definitions on existing entries.

According to John Kelly, Dictionary.com’s managing editor, “It’s a complicated and challenging society we live in.” Kelly added, “Language changes to help us grapple with it.”

A few of these words have already taken hold in social media discourse and modern communication, including the very popular term of endearment “zaddy.” (For some people, Jeff Goldblum is the perfect representation of such a term, but I would argue that Idris Elba is a much better choice!) Other words reflect the evolution of the pandemic and the aftermath of America’s summer of racial reckoning.

Below is a small sample of some of the new words and definitions.

Technology
5G: fifth-generation: being or relating to communications technology or a mobile device that supports much faster data-transfer speeds with significantly lower latency than previous versions.
Asynchronous: relating to or being a computer operation that can occur independently, without waiting for another event.
Deplatform: to prohibit (a person or people) from sharing their views in a public forum, especially by banning a user from posting on a social media website or application.
Synchronous: relating to or being a computer operation that must complete before another event can begin.

Other Additions
Domestic terrorism: the unlawful use of violence or threats against a country’s civilian population or government by an individual or group based and operating within the same country and without foreign direction, with the goal of furthering political, social, or ideological objectives.
Ghost gun: a gun that does not have a serial number and cannot be easily traced, especially one assembled at home from parts purchased without a background check.
Oof: an exclamation used to sympathize with someone else’s pain or dismay, or to express one’s own.
Snack: (Slang) a sexy and physically attractive person; hottie.
Yeet: an exclamation of enthusiasm, approval, triumph, pleasure, joy, etc.
Y’all: you (used in direct address usually to two or more people, or to one person who represents a family, organization, etc.).
You-all: you (used in direct address to two or more people).
Youse: you (usually used in addressing two or more people).
You-uns: you (used in direct address usually to two or more persons).
Zaddy: an attractive man who is also stylish, charming, and self-confident.