Diary of a Void 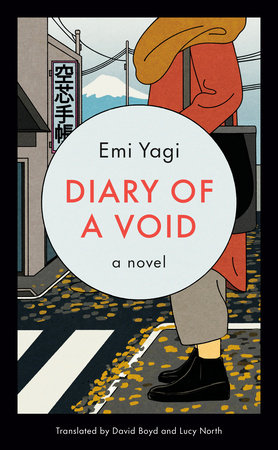 The following is from Emi Yagi's debut Diary of a Void, the story of a woman in Tokyo who avoids harassment at work by perpetuating, for nine months and beyond, the lie that she’s pregnant. Yagi is an editor at a Japanese women’s magazine. She was born in 1988 and lives in Tokyo. Diary of a Void won the Dazai Osamu Prize, awarded annually to the best debut work of fiction.

As soon as I told Higashinakano it was a boy, he started asking me, at least once every three days, whether I’d decided on a name. My attempts to head him off—“I’m still thinking about it,” “I’d better wait until I see his face”—only made him more insistent. But once the baby comes, he’d say, you won’t have the time to give it any real thought. . . .

On Tuesday, he was out of the office. I was leaving a memo on his desk when I spotted a piece of paper with my name on it among his notebooks. Before I knew it, I’d taken it.

I went back to my desk and unfolded it. It was a single page torn from a notebook. It was soft like leather, probably because it had been folded over so many times. At the top was my name, SHIBATA, in big characters, followed by a long list of boys’ names in small writing that filled the page. Each name had a number next to it, presumably the stroke count, and several names had red circles around them.

I put the list back on Higashinakano’s desk. It was essential that I choose a name before Higashinakano chose one for me. Any name would do, as long as it sounded convincing enough. There was a bookstore not too far from the office. At lunch, I headed straight there to check out the maternity magazines.

It turns out that a wide variety of factors come into play when picking a name for a baby. How it sounds, the meaning of the kanji   These were obvious. But some people gave a lot of thought to stroke count, took a character from their own name, or made some reference to the season of the baby’s birth. I had to wonder about s me of the things I was reading. For example, the idea that names that start with s sound “soft,” and names that start with m sound “manly.” That didn’t sound right to me. I’d come across tons of s names that didn’t sound soft at all. One magazine was saying that seasonal references were really popular these days. Well, that probably did make it easier to explain where your name came from. My brother was born on Ocean Day and my parents named him Kaito, with the characters for “ocean” and “person,” but he ended up hating it. He had never learned to swim, despised summer, and all the kids at school were always calling him “Aquaman.”

I kept reading. “What kind of person do you want your baby to be? Make a list of personality traits, have your husband do the same, then share what you came up with.” There was a cartoon of a woman with a big belly, sitting on a sofa. “I want my boy to be considerate of others!” read the speech bubble by her head. A man, presumably her husband, was sitting next to her. His speech bubble read, “I want him to be strong and ambitious!” A cat lay at his feet.

As someone without a husband or a cat, I stood there thinking as I held the magazine in my hands. What kind of person do I want my baby to be? If I’m really going to have a baby   I thought about it for a while but couldn’t make up my mind. Who was I to determine what kind of person someone else should become? I gave my belly a stroke, but no answer came from the padding.

I could think of plenty of things that I didn’t want him to be. Someone with no imagination, somebody who was arrogant, who was incompetent. Someone who didn’t listen to anybody else. Then again, if he was too sensitive, he was never going to be happy… I didn’t want a child with messy handwriting, even if nobody writes anything by hand these days… It would be great if he had nicer eyes than I did. Big bright eyes.

I put the magazine back on the rack, took out my notebook, and began to sketch a face. Okay, maybe I can live with eyes that aren’t really big and bright. Why overdo it? On the whole, best to avoid features that are too striking. Lips not too full, nose not too high. Eyebrows not too bushy, and well defined. Maybe even a little beauty spot under one eye… Hmm. Not bad.

For his voice… Nothing too deep, I think. Not with this face. Also, he shouldn’t talk too fast. If anything, he should be calm and relaxed. But intelligent. He shouldn’t discriminate against others because of gender, age, or ethnicity. I don’t want him to shout. He should be humble, really listen to people. He’s got to have enough self-respect not to fawn. He should be moderately sociable, but also reasonably skeptical. I wrote out a list of qualities next to the face I drew.

As I wrote in my notebook, I wondered: How many other imaginary children were there in the world? And where were they now? What were they doing? I hoped they were leading happy lives.

When I got out of the elevator, jam-packed with people coming back from lunch, I approached my desk and saw Higashinakano wrap up his bento box before putting it away. That piece of paper was laid out on his desk. Was he thinking about it again?

“Hey, just so you know, I’ve decided on a name,” I said before he could get anything out. I pretended not to see the paper. “His name’s going to be Sorato. Sorato Shibata. Sorato, with two kanji: the first for ‘sky,’ or ‘air,’ like ‘‘out of thin air,’ and the second for ‘person.’”

Higashinakano repeated the name over and over under his breath, then wrote it out in the space between us with his finger and nodded, a pleased look on his face. 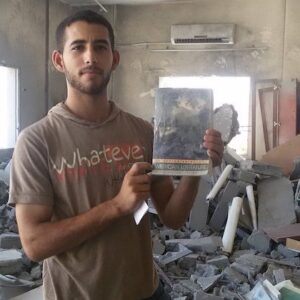