This little essay was going to be one way. Now it has to be another way. It pisses me off that its direction was waylaid by a fucking pandemic. That last sentence was meant to sound as stupid and self-absorbed as the average American. The first version of this essay on writing after age 60 was going to sound wise. This version will sound stupid. I could be semi-wise about writing toward death when death was not a looming reality. Now I’m wiping down my mail with bleach.

I spent my whole life writing about death. All along I guess I should have been writing about life but writing about death was how I wrote about life. I learned young that death is an artificial boundary. I had an ongoing relationship with my father, who died when I was seven, and as others fell on their swords or paring knives, I had relationships with them too. Maybe that’s what the imagination is for. How wrong I was. Death is not an artificial boundary. It’s as dumb and real as Trump’s wall. It’s as dumb and real as artificial flowers. It means no more TV. No more memory. No more weather and bitching about the weather.

All of my favorite writers speak to and from the dead. Now, now that I’m facing the fact of it, I’m not sure I want anyone talking to or from me. I’m not sure my corpse will be happy about that. Anyway, what good will it do me? I’ll still be dead. A stiff. Cadaver. Carrion (Hopkins). Dead. “(T)he dog won’t have to/sleep on his potatoes/any more to keep them/from freezing” (Williams). At least Plath got to rise out of the ash with her red hair and eat men like air. At least Plath got her own particular oven, her own pile of ash. I want to live to dye my hair red again. Today the United States Centers for Disease Control and Prevention recommended live-streaming funeral services to cut down on exposure to the virus.

Unless they are over 85, or queer, or Black, or Native American, or Middle Eastern American, or Asian American, or Jewish, or Latinx, or poor, or homeless, or addicted, Americans don’t have the capacity to imagine mass casualties of people like themselves. I’m afraid of Americans (Reznor, Bowie, me). We (white Americans) are selfish and ignorant. Most are not following social distancing orders. Students with faces the color of uncooked pie dough say they deserve their spring break in Florida and they’re gonna take it. People who don’t watch the news or watch the wrong news crowd the dollar stores, loading up on stuff. They deserve their stuff and they’re gonna take it. On the other end of the stepladder, where narcissism collides with opportunism and makes a baby, Trump wants to reopen the economy. What’s a few million lives shaved off the bottom. The old, the infirm, the poor. Two birds, one stone. “Our country wasn’t built to be shut down” (Trump). We built this city on rock and roll (Starship). (Rolling Stone poll winner, Worst Song of the 80s).

My mom, age 90, is doing it her way. She’s conserving food and energy. Making soup with what’s left in the crisper. Where I’m from we call that garbage soup. She’s remembering odd details about her long life. Today, on a phone call, she told me that out of the blue she remembered a man named Ford French who liked burned toast. A sparrow has taken up residence in her window feeder. It just sits there, watching her TV through the picture window. My brother-in-law, disabled from the aftereffects of Agent Orange in Vietnam, has been getting back in touch with hometown friends who, like him, went to war. One, Dave, who lives in a shack in the upper lower, told Dewey he bought 100 cans of sardines, a sack of dried beans, and 50 packages of Orville Redenbacher popcorn. He’s catching and eating carp from the river. He fell off a ladder and broke both heels. Made his own casts from an old exercise mat.

Our “fuck this” and “fuck that” plus forty years of dues-paying got us where we are today. On the doorstep of a plague.

Back when I was wise I had a whole diatribe to lay out about writing toward an ending. It had crocuses in it, and snowdrops. Being from rural Michigan I know the names of flowers. My diatribe was also a bit bitchy about the state of contemporary American poetry. The marketing angle. The crowdsourcing. The hairdos and eyebrows. The celebrity. The social media posts by young poets saying, “Fuck Keats. Fuck Shakespeare.” One more round of make it new. How tedious that essay would have been. How mean-spirited. Witchy. Not a cool, green, voluminous witch, but a dried-up hag of a witch who doesn’t want to be replaced. Who fears a mass grave. Not just filled with bodies but with poems judged passé by the young. This is no country for old (wo)men (Yeats, me).

I just walked my dog through the small campus where I was once young. It’s a ghost-campus now. The children have been sent home to wait out the plague. It’s easy, given the emptiness and fog, to see myself as I was then, peyote-tripping with my roommate, wearing a shower curtain for a cape, spouting witticisms. “Fuck Melville. Fuck Emerson. Fuck Wallace Stevens. Fuck Marianne Moore with her tri-corner hat.” What obnoxious assholes we were. How we would have taken to Instagram culture if it had existed then. Our “fuck this” and “fuck that” plus 40 years of dues-paying got us where we are today. On the doorstep of a plague. My roommate. Me. Our generation, now the focus of derision. Well, we deserve it. So do they—the young, stripping our gingerbread houses of sugar. Inside, apron tied around my thick waist, I’m lighting the logs in the walk-in oven.

My fear has exposed the hollowness of what I thought I knew. Now I want to live (Susan Hayward). I want to watch The Price Is Right and cry when some dumb fuck wins a stainless steel refrigerator. I want to touch people. I want to see my mother again. My sister. My son. I want to write an epic, a post-plague epic about American ignorance. I’m afraid of Americans (Bowie). I don’t give a damn ‘bout my reputation (Joan Jett). Reunited and it feels so good (Peaches and Herb). I want to move home. Take me to the river, dip me in the water (Al Green). I don’t want to die (Freddie Mercury). (Me).

“I Don’t Want to Die” is forthcoming in an anthology from What Book Press, What Falls Away is Always: Writers Over 60 Talk About Death. Graywolf Press will publish Seuss’s fifth collection of poems, frank: sonnets, in 2021.

"I Don't Want to Die" is forthcoming in an anthology from What Book Press, What Falls Away is Always: Writers Over 60 Talk About Death. Graywolf Press will publish Seuss's fifth collection of poems, frank: sonnets, in 2021. 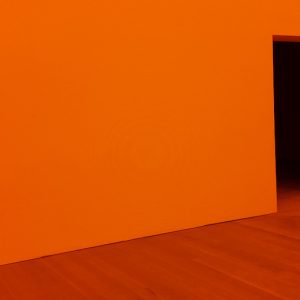 I am myself, because I do the same things every day. I do them now, make the bed, a pot of tea. There are things I don’t...
© LitHub
Back to top