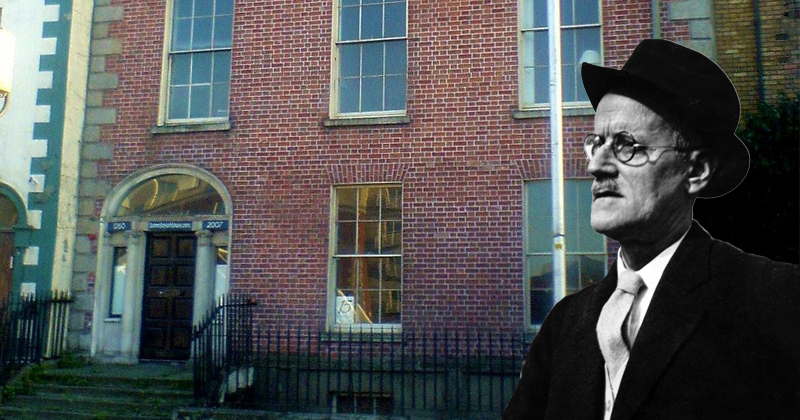 Developers plan to turn the setting of Joyce’s “The Dead” into a 56-room hostel.

As you may know, Dublin is full of James Joyce-related attractions and pilgrimage points; one of the most interesting of these is a Georgian townhouse often called “The House of the Dead.” This, of course, is the place where James Joyce’s aunts ran a music school and hosted Christmas parties, and which Joyce used as the setting for his most famous—and most brilliant—short story “The Dead.”

But last week, plans were announced to turn the building, which was sold for “almost €650,000” two years ago, into a hostel, prompting much consternation among Joyce lovers and Dublin lovers alike—including, this week, an open letter calling on the Minister for Culture and Dublin City Council to protect the landmark.

As writers, artists, and scholars of Irish literature and culture, we call upon Josepha Madigan, the Minister for Culture, Heritage and the Gaeltacht, and Owen Keegan, Dublin City Manager, to intervene to save, for the nation and the world, the house at 15 Usher’s Island, known to all as Joyce’s house of “The Dead”, and prevent any deterioration of its fabric. In the decades since Joyce’s death, too many of the places that are rendered immortal in his writing have been lost to the city. Let us not repeat this mistake today.

15 Usher’s Island is not just another house connected with Joyce. Built in 1775, its upper floors were rented by Joyce’s great-aunts in the 1890s and the writer himself often visited them there. Most importantly, it is the setting of “The Dead”, widely considered Joyce’s and indeed the world’s greatest short story. The atmosphere in the house and the way the rooms are configured are mostly untouched since Joyce’s time. Turning it into a 56-room hostel would destroy the uniquely valuable interior which still maintains the character of the house so splendidly described in the story.

Usher’s Island has the potential to become a worthwhile site of literary pilgrimage, a way to inform and inspire new generations of Joyce readers.

As we approach the centenary of Ulysses in 2022, we believe that saving this unique piece of our national heritage is within the power of the Government and the national institutions and that it should be an urgent priority.

We appeal to you and to the government to act before it is too late,