Demystifying the Writer’s Fear of Failure

Sarah Labrie on Why Writing is Supposed to Be Difficult

Writing well is hard. All writers know this. So why don’t we talk about it more? But we do, I hear you groan. All writers do is complain. Well, true. But it’s also true that most of that complaining comes after said writer has achieved some modicum of success. The back pages of the Best American Short Stories anthologies, for example, are replete with different versions of one tale told over and over: facing constant rejection, a writer wrestles with the prospect of giving up, then a phone call comes at the last minute, telling her that everything she’s ever dreamed of is suddenly about to take place.

When the prospect of failure lies just over the horizon, we don’t like talking about our unfinished drafts, rejected submissions, or impossible-to-fix manuscripts quite as much. The well intentioned rejections from literary magazines and the “no” emails from agents—sure, they make great dinner party fodder after pub day, but not when we’re still waiting for somebody, anybody, to recognize our hard work. Even in this, the era of “fail fast and fail often,” for many writers, to admit to not having gotten there yet feels like acknowledging the very real possibility that we might not ever get there at all.

Which is, in some sense, ridiculous. No one expects a medical student to perform surgery correctly on his first try. And no corporate lawyer would be allowed to negotiate a merger without experience and years of law school behind her. Lawyers and doctors learn by doing. Writers feel we should already know. Proust never got an MFA. Mary Shelley wrote Frankenstein at twenty. Helen Oyeyemi wrote her first novel while she was still at Cambridge. And it’s not as if we’re the only people telling ourselves this. As the writer Tim Parks once put it in an essay for the New York Review of Books, “No one is treated with more patronizing condescension than the unpublished author or, in general, the would-be artist. At best he is commiserated. At worst mocked. He has presumed to rise above others and failed.”

Ambition is a delicate thing, and being mocked, condescended to, or, worse, pitied, feels bad. But I think we do ourselves a serious disservice by not talking more openly about what failing at writing feels like. By this, I mean the physical feeling of writing badly: the instinct that tells you when a prepositional phrase is wrenching your sentence in the wrong direction; the sense that comes upon a writer all at once that her entire career has beached itself upon a handful of paragraphs she just can’t order correctly; the feeling that settles upon her, even as she hits “send” on a manuscript, that she just hasn’t gotten it right, and that perhaps she never will.

As the writer Tim Parks once put it, “No one is treated with more patronizing condescension than the unpublished author.”

That’s why I was pleased, a few years ago, to hear the poet and academic Anne Carson, in conversation with Bookworm host Michael Silverblatt, speak honestly about her book, Red Doc. The novel, the sequel to Carson’s much loved Autobiography of Red, was highly anticipated and had already received heaps of critical praise and attention. Of it, Carson said the following:

Yeah, I mean, I don’t love it at all. I just…did it because I had determined to. And I don’t think I even admire it—I shouldn’t say that because of course it will cut down sales—but I can’t think of a way I could have done this that would have seemed right at the end. It was just a matter of getting through it.

Silverblatt expresses astonishment, saying to Carson, “I think it’s not uncommon that a writer regards a particular work as an agony. Something to have been gotten through. But I have to tell you, this is the first time anyone has ever said so. I think that’s amazingly honest.”

On the one hand, this hesitance on the part of writers to speak about the difficulty of what we do makes sense. Writers aren’t surgeons, and the hardships we face can, in the greater scheme of things, feel unimportant. Our friends and families are certainly tired of hearing about our issues, so why would we share them with strangers? If writing proves too difficult, we can always just give up and get real jobs, right? Too, this type of talk just adds more depressing substance to the conversation around an already depressing industry, one that’s riddled with failure, rejection, budget cuts, underpaid adjuncting and publishing assistant jobs, and books ghostwritten for Internet celebrities getting all the attention while everyone else slowly starves.

For me, developing a regular writing practice in graduate school and after proved painful and elusive. I strained for months and years over pieces that would never see publication, while all my best stories tended to be completed in a matter of hours or in an afternoon. When writing those stories—the ones that eventually got published or caught the attention of editors and agents—I had a sense of having been carried by some type of wave that, once the work was finished, deposited me back on shore and disappeared without a trace. The stretches in between those waves were marked by terrible writing, weight gain, stress-related hair loss, and random crying.

Never in any of my fiction workshops, in college, in graduate school, or beyond, was the cyclical and mercurial nature of this process, and the physical, mental, and social damage it could cause, ever mentioned. I wish it had been. It wouldn’t have stopped me writing, but it would have made me feel less alone, less certain that at some point down the line it would simply not be worth it anymore, and that I would have to give up.

Now, when I teach, I assign my students the Paris Review interviews—that magazine’s series of lengthy in-person discussions with famous writers—for every author we read. I have my students read James Baldwin’s famous essay “Stranger in the Village,” in all its abundant lyricism, alongside the conversation in which he calls writing “a terrible way to make a living,” adding, “I find writing gets harder as time goes on. I’m speaking of the working process, which demands a certain amount of energy and courage. . .and a certain amount of recklessness. I don’t know, I doubt whether anyone—myself at least—knows how to talk about writing. Perhaps I’m afraid to.”

Rather than finding these words depressing, my students tend to find some measure of relief in an understanding that everyone, even Baldwin, struggled. I also have them read relevant entries from Susan Sontag’s journals (“My will is more flabby than it’s ever been before. Let this be the dip before the upswing”) or Franz Kafka’s (“That I have put aside and crossed out so much, indeed almost everything I wrote this year, that hinders me a great deal in writing”). My personal favorite is a June 1910 diary entry of Kafka’s, which begins, in his characteristically upbeat tone, “slept, awoke, slept, awoke, miserable life.” All of these lines appear in pages composed before these authors became household names or had any concept that they would be, when they were simply struggling towards the creation of work that was meaningful to them.

We’re embarrassed to talk about the difficulty of writing, but we shouldn’t be. Writing is supposed to be hard.

What I want to do with my students is to demystify the process. To show them, as I wish someone had shown me when I was very young, that writers aren’t gods alone in a room, pumping out perfectly metered prose from the time they sit down at their desks until it’s time to go down to the bar. Writing is a lot of frustrating, hard work completed over time. Whether you’re good at it or talented winds up mattering less, in the end, than the ability to keep doing it, even in the face of your own pain and the world’s potential apathy.

We’re embarrassed to talk about the difficulty of writing, but we shouldn’t be. Writing is supposed to be hard. It’s good that it’s difficult. Eating. Sleeping. Being on the Internet. Watching television. These gestures of passive consumption come easily to most of us for a reason. The difficulty of writing well is a key element of its importance. If it isn’t difficult, at least at first, there’s a genuine possibility that it’s not being done very well.

A more pertinent question might be: why do writers continue to write at all? A professor of mine once said that it’s because we don’t want to die. I used to think there was something to that, but now I think it has more to do with what happens on the flip side of writing badly, by which I mean the series of clicks that happen when the words fall onto the page exactly the way they’re supposed to, the pleasant, low-level madness that starts to take hold when the work is going well, when coincidences abound and everything anyone says takes on a greater significance, the whole world bathed in light.

At the same time, it’s possible that the answer is something simpler, and that Kafka landed on it in his journals many years before I did: “The burning electric light, the silent house, the darkness outside, the last waking moments, they give me right to write even if it be only the most miserable stuff. And this right I use hurriedly. That’s the person I am.” 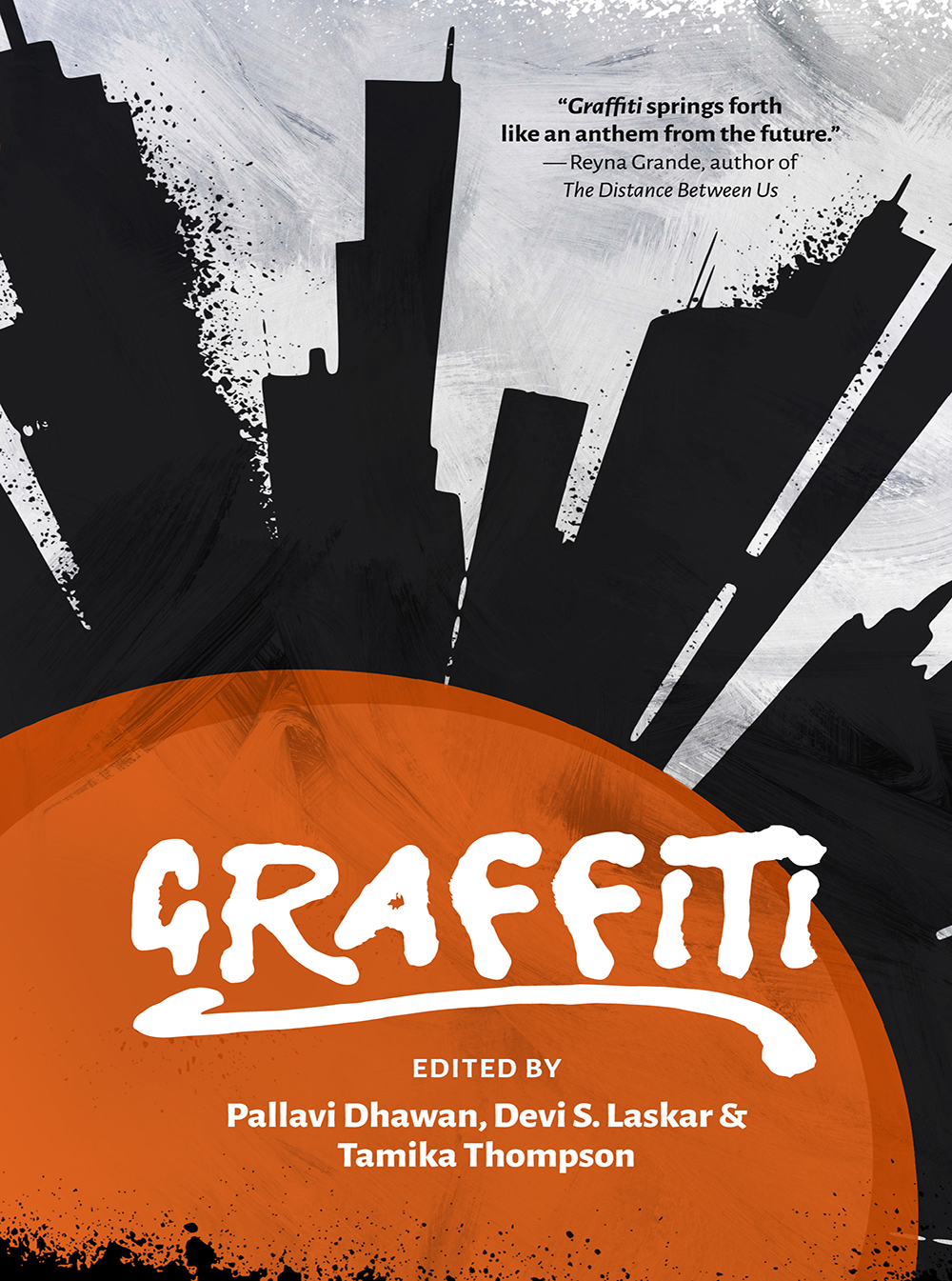 Excerpted from “On Writing” by Sarah Labrie in Graffiti. Copyright © Sarah LaBrie 2019. Reprinted with permission from POC United.

Sarah LaBrie is a writer and librettist. She has been awarded fellowships and residencies from Yaddo and the Virginia Center for the Creative Arts. Her fiction appears in The Literary Review, Epoch, Lucky Peach, Joyland, and Encyclopedia Journal. Her work for the Industry’s Hopscotch was featured in the New Yorker, Wired, and on NPR. Dreams of the New World, a choral piece commissioned by the Los Angeles Master Chorale and developed with composer Ellen Reid will premiere at Walt Disney Concert Hall next year.

A Friendship in Letters:
Flannery O'Connor and Katherine Anne Porter 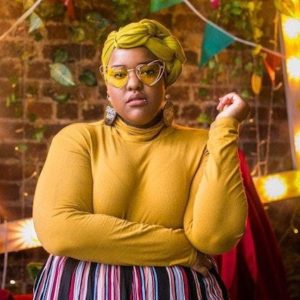 I went to Big Sister’s house to pick up my mail. I hadn’t planned on living in Detroit for this long and instead of switching...
© LitHub
Back to top