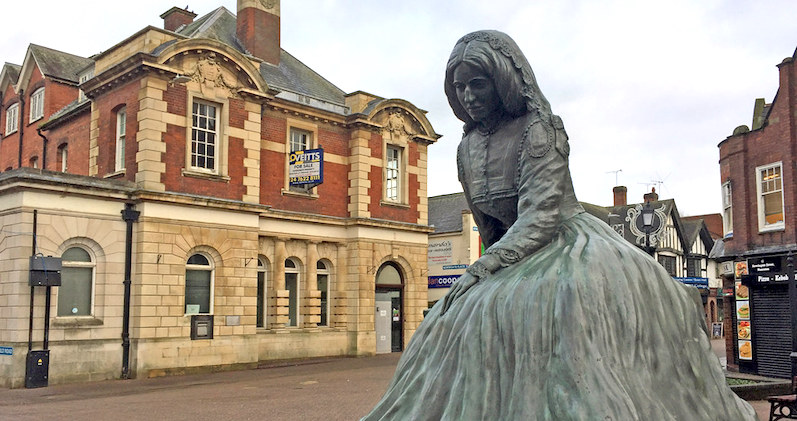 Defenders of a George Eliot statue had no idea what they were doing and I’m here for it.

Worldwide protests ignited by the death of George Floyd have continued, including in Nuneaton, Warkwickshire, where a group of locals thought they were protecting a statue of George Eliot over the weekend.

Valiant defenders of this bronze effigy popped up following incidents in which Black Lives Matter supporters took down a statue of a 17th-century slave trader in Bristol and tagged a monument of Winston Churchill with the words “is a racist” in central London.

The people guarding the Eliot statue in Nuneaton were presumably operating on the assumption that Black Lives Matter protestors despise all statues as much as they hate police brutality.

George Eliot, the pen name of Mary Ann Evans, was one of the Victorian era’s great writers and a supporter of the anti-slavery movement. She had a long, epistolary friendship with Harriet Beecher Stowe and questioned the morality of slavery in her 1862 novel Romola.

Protestors, of course, had no interest in toppling a statue of a Brit who may very well have been down for the cause today.

I guess maybe if enough sculpture defenders form a tight, protective ring around Eliot for long enough, they could protect her from wind erosion? True allies.