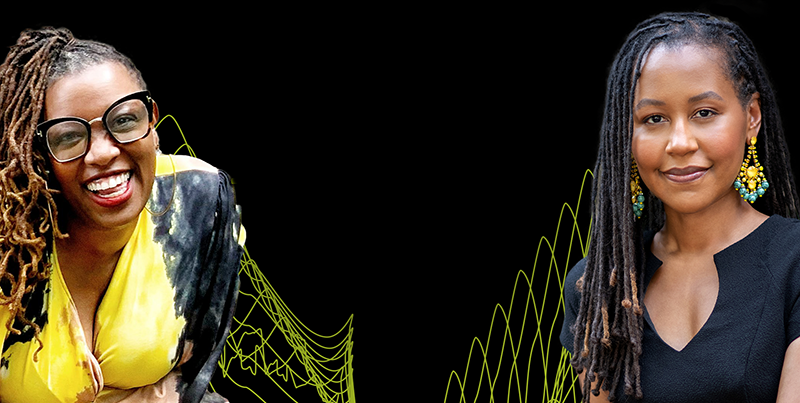 Attention spans have gotten short these days. The world just keeps going faster and faster, and keeping up feels almost impossible. If you’re a reader, the prospect of a novel might feel daunting right now. And don’t worry, you’re not alone.

If only there was a way to get everything you crave in a novel—beautiful language, complex plots, nuanced characters—but digestible in one sitting.

Don’t think of short stories as diet novels, though. These are rich worlds contained in tiny packages, comprising their own unique genre, and as you’ll learn in this and future episodes, an art that requires its own graceful set of skills. Dawnie and Deesha take us on a tour of those worlds and skills. They discuss some of the best in short fiction right now, short fiction disguised as novels, and the classics that made them fall in love with the form. They also cover Ursa’s mission of celebrating original and previously published short fiction by underrepresented authors.

We’re all having a little trouble keeping our eyes on the page lately, and short fiction can be the best way to step into the lives of characters and worlds, story by story. (“A nice cheat for people like me who can’t finish novels, honestly. I’m just going to keep it 100.” —Deesha).

Deesha on why she loves to write short fiction:

I was drawn to short fiction because that was the first form of writing that I was formally taught. I took this flash fiction writing workshop at the Pittsburgh Center for the Arts 20-something years ago. I was taking that class, but I thought you had to write a novel in order to be a real writer, right? […] And I still haven’t finished a novel, but despite that mindset, the short story form just kept tugging at me as a writer. And one thing is that I can more easily disguise the dissatisfaction I had in my life in short fiction, more so than I could. And so, I thought of them as these little stories of discontent.

Dawnie on how writing a novel is different from short story:

I struggle so much with writing short fiction, and I think it’s because every word choice counts so much. There’s so much pressure on every line. And I feel like with novel writing, there’s room for a little bit more of riffing, a little bit more, not everything has to be so perfect, but I really admire the beauty and the poetry of short fiction and the efficiency of it. It gives me the tingles.

Deesha on how J. California Cooper influenced her work:

[Cooper] was a devout Christian, and so she was dealing with similar things that I deal with, but in a different way, because she wasn’t going to be writing about two women having sex in a celebratory way. So, she was very devout, her religion was very important to her. So, we aren’t coming at these stories the same way or these themes in the same way, but that knowing she had this deep knowing of Black women and love for Black women, and you can see that in the stories, and that intimacy… It’s just unmatched.

Dawnie and Deesha on the lack of representation in publishing:

Deesha: I mean, and we know that’s how publishing works, they publish what they know has worked before, which doesn’t lend itself to being a gateway to new voices and to new forms, and to subversion.

Dawnie: And just thinking about all those voices and the lack of venues. I mean, of course, there are many literary journals, there’s many digital publications that absolutely publish short fiction, but I think that there’s definitely space for more focus on underrepresented communities.

*
Authors and Books Mentioned in This Episode:

Heads of the Colored People by Nafissa Thompson-Spires · How to Sit by Tyrese Coleman · The World Doesn’t Require You by Rion Amilcar Scott · Drinking Coffee Elsewhere by ZZ Packer · The work of J. California Cooper · The Women of Brewster Place by Gloria Naylor · 12 Tribes of Hattie by Ayana Mathis · The Travelers by Regina Porter · Claire of the Sea Light by Edwidge Danticat · You Are Free by Danzy Senna · The Office of Historical Corrections and Before You Suffocate Your Own Fool Self by Danielle Evans · The work of Edward P.Jones · I’m Not Hungry But I Could Eat by Christopher Gonzalez · Milk Blood Heat by Dantiel W. Moniz

Ashawnta Jackson is a writer and record collector living in Brooklyn. Her work has appeared in NPR Music, Artsy, CrimeReads, and Vinyl Me Please, among others. You can find her at www.heyjackson.net or tweeting infrequently at @_heyjackson.

Why NoViolet Bulawayo Isn’t Staying in Her Lane 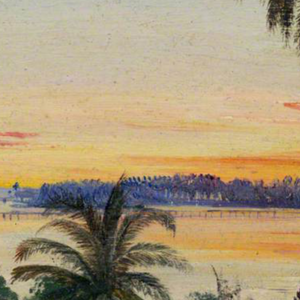 Both savory and sweet, meat jun is a Korean dish only found in Hawaiʻi—a thinly sliced piece of beef, marinated and dredged...
© LitHub
Back to top