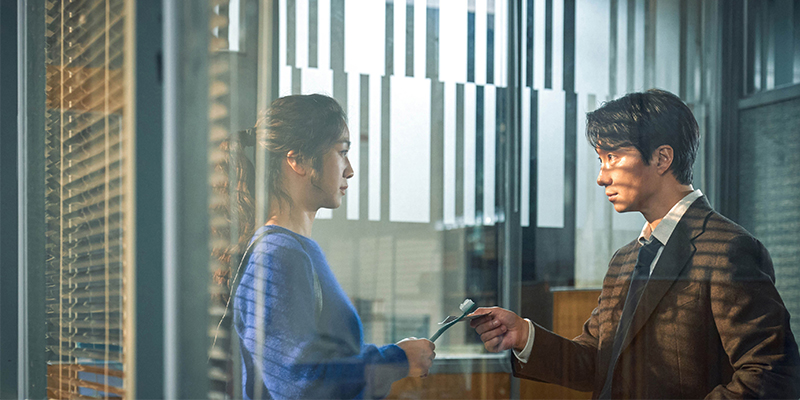 Decision to Leave, the atmospheric new film from the great director Park Chan-wook (the writer-director of Oldboy and The Handmaiden), is a near-perfect neo-noir: a spiraling detective story laced up with a burning star-crossed romance, the whole thing soaked through with senses of dread and doom and death. It is the story of two characters—one straight-laced insomniac detective, and one beautiful woman suspected of murdering her husband—trailing and circling and obsessing about one another until they derail each other’s lives, and of course their own.

The film follows Busan police detective Hae-jun (Park Hae-il), an unhappy officer who spends nearly every night on a stakeout because he can’t sleep anyway. His scientist wife lives and works in a town enough miles away that he can only join her in their home on weekends. Despite his dedication to his work, his life does not move him until he is called to a crime scene in the mountains, where a middle-aged rock climber has evidently plummeted to his death. Back at the station, he meets the victim’s wife, a Chinese woman named Seo-rae (Tang Wei).

Lovely and gentle, Seo-rae (a caretaker of elderly women) seems an unlikely candidate for murderer even despite her lack of grief at her husband’s death, and the clear signs of abuse on her body. Hae-jun is compelled by her beauty and decorousness, and suddenly his over-investment in investigation and surveillance is no longer the result of his needing to fill the time.

Seo-rae is clearly intrigued by Hae-jun’s close examination of her life, and at times it seems like she might be leading him rather than being pursued by him. The question of whether or not Seo-rae is a femme fatale percolates through the film, and eventually, the tight, riddling murder mystery plot gives way to a different, and highly psychological, story in the film’s second half, crystalizing the whole saga in Hitchcockian tormentedness. It is a bath of vibrant melancholy.

Decision to Leave is a bath of vibrant melancholy.

The film, South Korea’s submission to the Academy Awards, is sealed with a tiptoeing noir score from composer Cho Young-wuk, and stalks its breathtaking conclusion with precise thematic footfalls. Technically speaking, Decision to Leave might be the best-made film of the year. It is nothing short of breathtaking, with glowing cinematography from Ji-yong Kim and pitch-perfect editing from Park’s frequent collaborator Sang-beom Kim. The film takes place in foggy mountains, misty seashores, and congested cities, and its plethora of swooping overhead and crane shots lift the film out of these places of cloudiness and confusion, flying it to moments of extraordinary visual clarity (that match its characters’ internal arcs).

I can’t tell you how many of the film’s set-pieces I predict will become indelible to the history of cinema—on the level of Deborah Kerr and Burt Lancaster kissing in the rolling waves in From Here to Eternity. I scribbled down so many compound nouns and short phrases, attempting to render in my notebook the film’s ability to foment emotion through visual and narrative hallmarks. “Chapstick kiss!” “Chainmail glove fight!” “Beach hole!” These won’t make sense to you now, but when you see the film, I bet they will wash over you, swirl you in awe for a moment or two.

Park wrote the film with his frequent co-writer Seo-kyeong Jeong, and the script is full of haunting, elegiac dialogue. Perhaps the most evocative for me (an editor at this publication’s crime vertical), was Hae-jun’s articulated rationale for being a detective in the first place. “Half the corpses at crime scenes have their eyes open,” Hae-jun says. “I promise I’ll catch the killer who was the last thing they saw.” Decision to Leave is full of eyes: from Hae-jun’s exhausted, haunted ones to the milky, fishlike eyeballs of dead bodies at crime scenes. Both cinema and detective stories have long been analyzed with respect to their essential concept of “watching,” but Decision to Leave‘s playfulness with its themes of onscreen vision is a fresh watershed for these thematic conversations.

The most interesting thing about Seo-rae is that she has the power to make people sleep–elderly women, insomniac detectives. When Seo-rae falls into his orbit (or he falls into hers), Hae-jun is finally able to rest. Is this him falling under the spell of a Black Widow, closing his eyes to evidence he should be scrutinizing, or is this him finally able to find peace despite the onerous and frenetic sights that plague him daily? Love is blind, but should detection be?

Indeed, despite all the questions it poses and all the answers it seeks, Decision to Leave slips away from its themes of constant inspection, and for a while, it dreamily floats along, riding out the moody, wistful undulations it has drummed up. Until it drops you—as if off a cliff, as if into a hole—into something else altogether.

I was swept up, strewn about by Decision to Leave. Here’s guessing that by the time the film ends, you too will have already been scattered all over the floor. 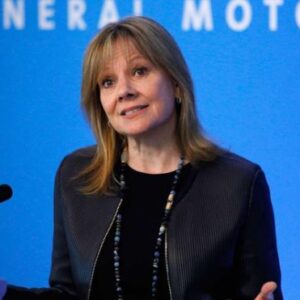