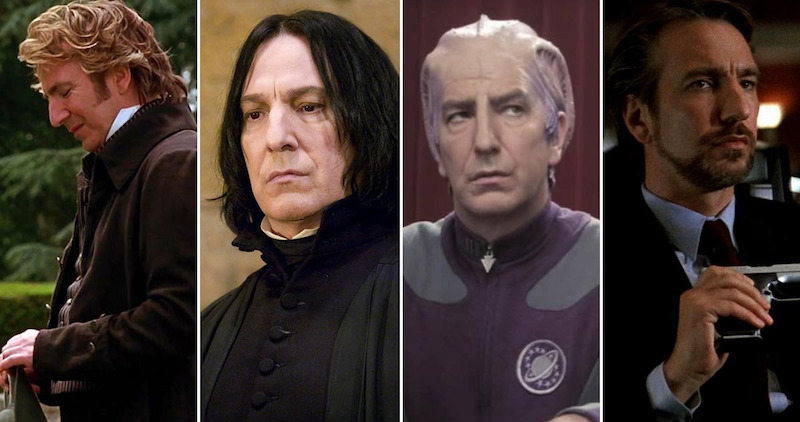 Decades of Alan Rickman’s diaries will be published as a book in 2022.

Alan Rickman once said that “talent is an accident of genes—and a responsibility,” and in autumn 2022 we’ll get to see more of Rickman’s talent, responsibly shared. Canongate has acquired the rights to Rickman’s diaries, which will be edited down into one volume and published as The Diaries of Alan Rickman.

The diaries were written by Rickman with an eye toward publication, starting in the early 1990s until his death in 2016. The content includes Rickman’s thoughts on the craft of acting; “rapturous” and “scathing” reviews of plays he attended; Rickman’s views on politics; interpersonal musings; and behind-the-scenes stories of his acting career, including his time working on the Harry Potter movies.

The diaries will be edited by Alan Taylor, editor of the Scottish Review of Books. Taylor also worked with Canongate on The Country Diaries, an anthology of pastoral journals by writers including Beatrix Potter, Dorothy Wordsworth and John Fowles. Taylor told The Guardian that Rickman’s diaries are “anecdotal, indiscreet, witty, gossipy and utterly candid. They make compulsive reading and offer a peerless insight into the daily life of a remarkable actor who was beloved in the US as he surely was in the UK.”

We’re so excited! But we have to wait two years for The Diaries of Alan Rickman, so in the meantime, we’ll be binging Die Hard—and watching this video on repeat: