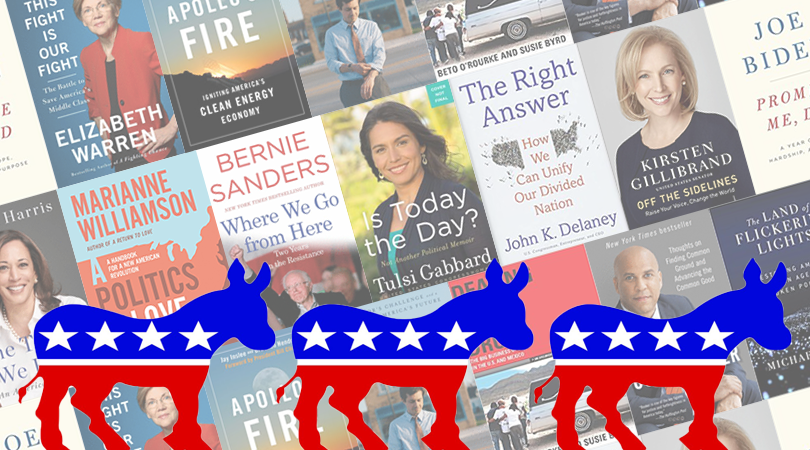 Debate Prep: what the critics wrote about every Democratic presidential candidate’s memoir

Well, we’re finally here. After months (years?…sigh) of feinting, blustering, saber-rattling, faux outrage, real outrage, grand promises, lofty speeches and snarky tweets, the opening event of the 2020 election cycle is upon us. I speak of course about the first Democratic debates, taking place over two nights (due to the every-growing field of candidates, which I’m reliably informed now numbers in the low five digits) and featuring faces both familiar (Bernie, Warren, Biden, Harris) and decidedly not so (John K. Delaney and Marianne Williamson anyone?).

We now know a reasonable amount about certain candidates’ policies and positions, but what of the platitudes, bromides, and clichés that play such an integral part of any presidential campaign? Where can a student of the current political zeitgeist go to imbibe as much concentrated pandering as is humanly possible? Why, the political memoir section, of course.

Here, in feverish anticipation of tonight’s kick-off debate, are the reviews of every democratic candidate’s political memoir.