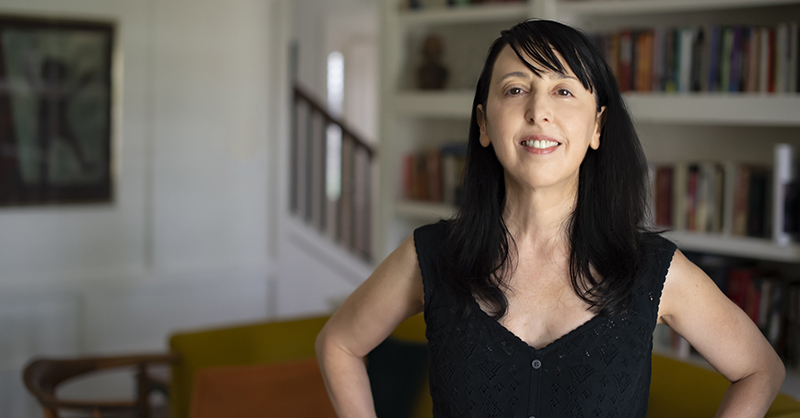 Mitzi Rapkin: It’s interesting to hear how you were changed by these podcasts [about the commercial egg industry] and the efforts that all of these people were making to free these chickens. You have a line that says, “It was already too late. They all knew it. The enemy had clearly won.”

Deb Olin Unferth: Yeah, I mean, it’s so sad to think about how even if they managed to get all of these chickens and just what a triumph that would be, there were just so many other farms like that. In fact, that particular farm is really, really small compared to most industry farms. So it’s so sad to think that even their biggest triumph that would use all of their resources would actually just be so small. So I think it’s kind of like what I was saying before, that the enemy being commercial farming and climate change and the destruction of nature all over the planet and the destruction of wild animals all over the planet, mass extinction, that there’s no stopping it, it’s going to happen.

And so now our job is to mourn as artists. So I feel like that a lot. I sit here and I’m just like, yeah, the enemy has clearly won, like they’ve got us. I mean that they might find some way to put machines up in the sky that will take the carbon out of the atmosphere, but it’s going to be expensive, and they’re only going to take out just enough to keep us alive. I don’t think they’re going to take out enough carbon to put the world back like it was and those old forests. They’re not coming back and all those beautiful animals, all the diversity, it’s not coming back. All we’re going to have are these twisted overbred chickens and cows and things that will support humans. That’s how I feel. So I just put it on the page and stuck it in the book

Mitzi Rapkin: Is there anything cathartic about writing this story? Because I’m guessing that you are not going to go out and steal a million chickens. But you could live that out in a book in a way.

Deb Olin Unferth: Absolutely. I mean, that like comes back to what we talked about in the beginning, which was this image that kept coming to me of taking all those chickens out, you know, and when you’re a kid and you say, why don’t we just stop wars? Why don’t people just stop fighting? Or if you’re in a traffic jam, why don’t the people at the front just go faster? It’s the same thing about thinking about a commercial farm. You’re like, Why? Why can’t we just let them out? It’s ridiculous. Same thing, if you think about mass incarceration, why can’t we just let those people out? I guess it’s just not that simple. We have to fight a lot for it. But the the idea that we could just open up the doors and just let them out, it seems so simple and that image gives me so much pleasure.

I mean, I guess I feel like that about veganism, why can’t we just stop eating this stuff it’s killing the planet. It’s killing all these animals to stop it, everybody. It’s actually really easy. I think that the release that I come from having worked on it for so long to create this world where they just do it, you know, they just say we’re just going to do it. Let’s just do it. Yeah, it felt really good to write it.

Deb Olin Unferth is the author of the memoir Revolution: The Year I Fell in Love and Went to Join the War, finalist for the National Book Critics Circle Award; the story collection Minor Robberies; and the novel Vacation, winner of the Cabell First Novel Award. Her work appears in Harper’s, The Paris Review, McSweeney’s, Tin House, Granta, and elsewhere. She has received three Pushcart Prizes, and a grant from Creative Capital for Innovative Literature. Her newest novel is Barn 8. 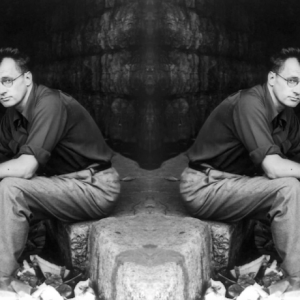 THESE TIMES: So, do you really want to help bookstores? • “March the Ninth Twenty Twenty,” a poem from Italian...
© LitHub
Back to top