Austin Ratner on Russian Imperialism and Misreading The Brothers Karamazov

In retrospect, the opening ceremonies of the 2014 Winter Olympics in Sochi foreshadowed all this like a scene from a Russian novel. That night of February 7, 2014, before billions of viewers, Vladimir Putin pursued a foolhardy, tragic agenda: to school the world in Russian greatness. His means would be a dazzling, animated history lesson, formatted like a children’s alphabet book. Famous Russians each got their own letter.

“D” was for Dostoevsky. “T” was for Tolstoy. No one understood at the time that a shot had been fired; mere days after the 2014 Winter Games ended, Putin would flex Russian power for real by invading Crimea. The great Russian authors onscreen that night had been conscripted to the cause of “империя”—“empire”—without their knowledge or consent.

They could not consent because they were, conveniently, dead. Were he alive, Tolstoy could not have endorsed Putin’s aggression. After documenting the horrors of the original Crimean War in his Sevastopol Sketches, Tolstoy became a pacifist. But what about Dostoevsky, who was supposedly a pan-Slavic nationalist? Some speculate that the author of Crime and Punishment and The Brothers Karamazov would have cheered Putin on. Others plead, “Don’t blame Dostoyevsky.”

Putin surely didn’t care one way or the other, so long as the message of Russian might was made clear. The message that February evening, however, came with a literal asterisk. When the alphabet of Russian greatness was complete, five glowing animatronic snowflakes slowly opened into the interlocking Olympic rings. Except the one in the upper right corner didn’t open. It just stayed a snowflake, like an asterisk denoting something awry. There’s undoubtedly someone in Siberia right now wishing that snowflake had done its job.

Dostoevsky, who himself served time in Siberia for offending the czar, and was only spared execution at the last possible second, probably would have avoided crossing Putin in public. But his artwork speaks for itself. His character Fetyukovich, a defense attorney in The Brothers Karamazov, said it straight out: “[F]orward, Russia, and intimidate, intimidate us not with your furied troikas, from which all nations stand aside in sickened loathing!”* As if to eliminate any ambiguity about Dostoevsky’s attitude to Russian national power, he has the prosecutor in the same trial say much the same thing with the same imagery:

[O]ur fateful troika is rushing headlong, and possibly to its doom… And if for the present the other nations still stand back from the headlong-galloping troika, then it is perhaps not at all out of deference to it, as the poet would like, but simply out of horror… Out of horror, and possibly out of loathing.

Dostoevsky may or may not have embraced Russian chauvinism, but if he did, he is certainly not beloved around the globe for that. He is internationally beloved for his empathic and humanistic artwork. The central meanings and achievements of Dostoevsky’s masterpiece The Brothers Karamazov, which Sigmund Freud in 1928 called “the most magnificent novel ever written,” in fact undercut everything Putin stands for.

“Out of the crooked timber of humanity, no straight thing was ever made,” Immanuel Kant famously wrote in 1784. Fyodor Dostoyevsky’s The Brothers Karamazov is like a botanist’s illustration of that crooked timber. Within this behemoth novel’s pages you encounter a giant, thorny bramble of feelings like prickly Russian thistle, rendered minutely and comprehensively down to every last twisted, tangled stem and thorn. Pan-Slavic nationalist, existentialist, or Russian Orthodox monk—no, none of these labels does justice to the tortured epileptic visionary Dostoyevsky. He was first and foremost a portraitist of the crooked timber of the soul, the great psychoanalyst among creative writers. His specialty was observing and depicting feelings and their slippery relationship with consciousness.

Like Shakespeare before him and Freud after him, Dostoyevsky recognized that feelings can unconsciously distort conscious thinking.

Repeatedly, his characters’ painful feelings wriggle out from under contemplation, often by means of “motivated forgetting,” as experimental psychologist Lester Luborsky called such momentary instances of repression. For example, when central character Dmitry (aka Mitya) Karamazov shows up at his beloved Grushenka’s house and Fenya the maid asks him why he’s covered in blood, he immediately forgets her question:

“What hands you have, Dmitry Fyodorovich, all covered in blood!”

“Yes,” Mitya replied in mechanical fashion, took an absentminded glance at his hands and at once forgot about them and about Fenya’s question.

We all experience this sort of “motivated forgetting,” even under less fraught circumstances. It happens, for example, when we forget to do something we don’t want to do. I don’t have any hard data, but I’m pretty sure people forget to go to the dentist more than they forget to go to the movies.

Like Shakespeare before him and Freud after him, Dostoyevsky recognized that feelings can unconsciously distort conscious thinking. Clifton Fadiman consequently called Dostoyevsky “the dramatist of the unconscious and what is called the abnormal.” Having peeked behind the curtain at feelings denied or repressed, Dostoyevsky further recognized that “abnormal” feelings are actually … normal. “Abnormal” is just a name that conscience applies to certain antisocial feelings to bar them from the proscenium of consciousness and hide them backstage, as it were, behind the stage curtains.

Dostoyevsky uses the art of realist fiction to put us directly in Mitya’s shoes in a way neither Shakespeare nor Freud ever could. At Mitya’s trial for patricide, Dr. Herzenstube recalls the accused’s childhood like this:

And yet he was a youth of sensitivity and gratitude, oh, I remember him very well when he was an urchin so high, left in the backyard of his father’s house, running around without any boots on and with his little trousers held up by a single button…

We experience Mitya’s neglect in this scene and feel his loathing for his father, his need for a mother’s love and protection.

If some readers empathize with the child, but not with the adult man’s rage and needs, Dostoyevsky seems to plead with them that they should. He makes the confession of “abnormal,” antisocial feelings into a virtue in The Brothers Karamazov. Admitting and verbalizing such feelings helps brothers Ivan and Mitya Karamazov not act on them. They “speak daggers,” as Hamlet says, “but use none.”

Dostoevsky may or may not have embraced Russian chauvinism, but if he did, he is certainly not beloved around the globe for that.

Ivan for instance stresses his right to murderous wishes, even the wish to kill his own father. “Be assured that I shall always defend him [their father Fyodor],” Ivan says to younger brother Alyosha. “But where my desires are concerned, in the given instance I leave myself ample latitude.” Mitya makes the same distinction between feeling and doing when he confesses to the police investigating his father’s murder: “I did not kill him. But I wanted to!”

When we don’t know what we feel or deny what we feel because it’s too shameful or guilt-provoking, we deprive ourselves of the chance to filter our feelings through the conscious and rational decision-making processes of the cerebral frontal lobe. When feeling bypasses awareness, it can distort thought and lead straight to impetuous action.

Ah, Putin! You say you read The Brothers Karamazov, but if only you had understood it! If only you’d been able to admit to the feelings in your heart—your insane, jealous hatred of “the West,” a monolith looming above in your imagination—you might have spared yourself, your people, and Ukraine this catastrophe.

But you don’t understand what makes Russia’s great writers great, nor are you brave enough to look within as they do. When that snowflake didn’t open, the world heard your ego cracking like Siberian ice with humiliation and fury.

Dostoyevsky might have had more sympathy for that broken snowflake, for the imperfection and vulnerability it signified—even for the humiliation and fury it provoked. He had the conviction that in the realm of feeling, abnormal is normal—the conviction that vulnerability, while hard to feel, must be felt. His son Alyosha died just before he turned three years old, like a snowflake that did not open. Dostoyevsky began work on The Brothers Karamazov right after this devastating event and named the saintly Alyosha Karamazov after his son.

Nietzsche argued that “the strength of a spirit should be measured according to how much of the ‘truth’ one could still barely endure—or to put it more clearly, to what degree one would require it to be thinned down, shrouded, sweetened, blunted, falsified.” Those who have read and understood The Brothers Karamazov know exactly how to measure Dostoyevsky—and how to measure Putin.

*The troika is a three-horse sleigh that has long been a national symbol in Russia. The specific image of other nations yielding to the troika of the Russian state originates with Nikolai Gogol’s Dead Souls. Notwithstanding the possible nationalist overtones of the famous troika passage, Dead Souls satirizes Russia’s shortcomings more than it celebrates Russian greatness. When Gogol shared the manuscript of the novella with Pushkin, it actually caused Pushkin to remark, “God! What a sad country Russia is!”

Austin Ratner is author of 4 books, including the Rohr-Prize-winning novel The Jump Artist, called "brilliant" by The Guardian and "remarkable" by Harpers Magazine. His essays on literature, psychoanalysis, and politics have appeared in The New York Times Magazine, The Wall Street Journal, The Millions, The Forward, and many other publications. Visit his website at www.austinratner.com and follow him on Twitter @austinratner. 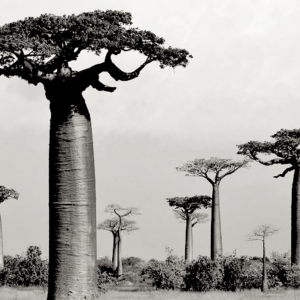