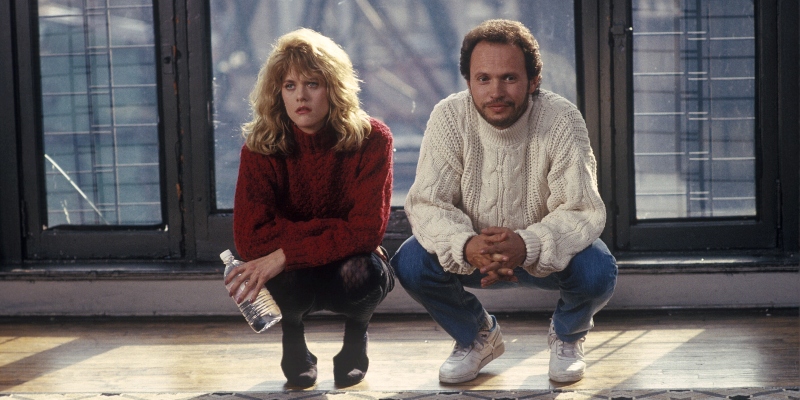 Miriam Parker on Late Blooming and When Harry Met Sally

Sally: And I’m gonna be forty.
Harry: When?
Sally: Someday.
Harry: In eight years.
Sally: But it’s there. It’s just sitting there, like this big dead end. And it’s not the same for men. Charlie Chaplin had babies when he was 73.
Harry: Yeah, but he was too old to pick them up.

It wasn’t until I was in my early thirties when I finally did the math. Sally was THIRTY-TWO in When Harry met Sally. Thirty-two! And it started to dawn on me: I’m almost thirty-two. I live in a small dark apartment on West 83rd street where I look at a brick wall—not nearly as nice as Sally’s Upper West Side apartment. I do not even have Cold Hard Mexican Ceramic Tile Floors or a Wagon Wheel Coffee Table or andirons. (I still, to be totally honest, am not clear on what andirons are.) This was my first clue that When Harry Met Sally was a fantasy. And a realization that the messages I internalized from it were wrong.

The first time I saw this movie at the age of fourteen, I knew it was for me. I was a girl who had crushes on all her male friends and this movie confirmed for me that one day they would indeed love me. (Spoiler alert: they didn’t.) That was my entire takeaway from this movie and this scene was proof of it. But this particular scene stuck with me also because it was the first time that someone had indicated to me that forty was “old.”

As a teenager, you think everyone older than you is soooo old (and you’re not wrong) but I believe this was my first notion that forty was, to quote Sally, “this big dead end.” And I internalized it. But also, they all seemed old in that movie! Sally had nice (sort of frumpy) clothes and a fancy apartment and went to swanky New Year’s Eve parties. Definitely old.

I never considered myself a “late bloomer.” In fact, I bloomed quite early. I was good at school, I went to an Ivy League college, I got a cool job. But then… I wasn’t sure what to do next. Books and movies had told me that after I graduated from college, I would get married and have children, but that just wasn’t anything remotely close to what I was doing or what anyone I knew was doing—I was living in studio apartment in the East Village, in a career with a lot of ambition but not a lot of upward momentum. I made a bunch of bad dating decisions. The more my life didn’t take a traditional path, the more confused I became. The Nora Ephron version of my life was just not happening.

So I did what any confused twenty-something does: I made a big change. I moved to North Carolina, went to grad school, and wrote a few unpublishable novels. Eventually, I found myself back in New York at age thirty-five even further from the Ephronic lifestyle than I had been in my twenties.

There I was, remembering Sally’s line about forty: “It’s just sitting there like this big dead end.”  I sat in the Javits Center cafeteria with my boss Heather telling her that I was about to break up with a perfectly nice boyfriend at age thirty-five.

“I know this feels like a huge mistake,” I told her, the fear palpable in my voice. “But I just can’t see myself with him.” But as I spoke, I became more confident: I told her that I truly would prefer to be with nobody than to be with this person. And that was what I needed to push me over the edge. After a decade of dating the wrong person in various forms, I finally had to become okay with a vision of myself alone. In my late thirties, in New York City.

The more my life didn’t take a traditional path, the more confused I became. The Nora Ephron version of my life was just not happening.

As I trudged home after that life affirming conversation, to my apartment, I realized it had taken me until my late thirties to figure myself out. I had aged past When Harry Met Sally, past most chick lit, even past the Gilmore Girls: those stories just weren’t my life. They were someone else’s life. My life was this: I was about to be single at thirty-five in New York City. But I was still a fun and nice person, I had friends and family and a good job and lots to enjoy. So, I didn’t have a fancy apartment or a wagon wheel coffee table or someone to fight about it with. I had MY life and it was pretty great! Somehow seeing that milestone of forty and just basically accepting that it was there, and that I could be happy about it was… dare I say it: freeing!

I finally felt confident in who I was. I got a very cute dog. I enjoyed living alone and I bought a beautiful apartment big enough only for myself. I made some really good, supportive friends. My career started going super well. I sold my first novel about choosing yourself over love. And yes, forty was out there, but it didn’t seem like a dead end anymore. It was honestly kind of exciting.

To give you a When Harry Met Sally life, late-bloomer-style overview, I got a book deal when I was 37, met my husband (who loves rom-coms) when I was 38, got married when I was 39. We had short ribs and mashed potatoes at our wedding and a cake with a French crème frosting that was truly divine—it was the only thing we saved when our refrigerator died.

I will always love Nora Ephron. I will always love When Harry Met Sally. But I just wish that I could message Nora and say, you got LITERALLY everything right, except for the life ends at 40 thing (and the thing about your male friends falling in love with you, but that’s a whole other essay.) Watching the movie again recently, I realize that Sally seems happiest in her interview video—she remembers her wedding fondly, she has a great marriage with Harry. So maybe her life began at 40 (or 35, whenever she married Harry.) In her writing, Nora Ephron was fighting it all along—she has pithy quotes about how everything you hate about yourself at 35, you’ll remember fondly at 45. She advises women to moisturize their necks or regret the consequences, she writes that being in your sixties is sad. But she also married her true love Nick Pileggi at 54 years old. FIFTY FOUR. I have to think that she eventually realized that 40 is just the beginning. Even if she didn’t want to admit it.

One last thing about life supposedly ending at 40:  My husband and I had a baby when I was 41. Her name is (I am not kidding)… Nora. And everything, literally, is just beginning. 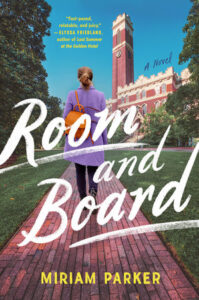 Room and Board by Miriam Parker is available now via Dutton.

Miriam Parker is the Associate Publisher at Ecco, and the author of the novels The Shortest Way Home and most recently, Room and Board (Dutton, August 16, 2022) 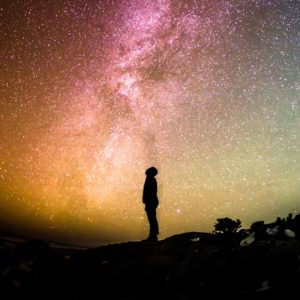 Do you understand how lucky you are to be learning this kind of vital information directly from me, an actual galaxy? You’d...
© LitHub
Back to top
Loading Comments...