Does Salt Water on Your Cheeks Really Matter?

I suffer from depression. I have come to peace with the fact that the drugs really do help, but one side-effect is crippling to me; I can’t cry. I quite enjoyed crying. Just like Oprah says, the release is cathartic, soothing to my inner child.

But now, I have robot eyes. Does anything else bring out the same feeling as crying? Please suggest an alternative.

There are a great many nuances in your letter. I am going to attempt to get to most of them.

First of all, your letter reminds me of an exchange I had with the great American writer Mary Gaitskill, a decade or so ago, about the tendency of SSRI medications to inhibit orgasm. It was Gaitskill’s theory that this was not a haphazard side effect, perhaps not even in all cases an unwanted side effect. On the contrary, she suggested, maybe the inhibition of orgasm was precisely calibrated in the direction toward which the SSRI drove some who made use of it. Maybe stability and good mental hygiene are in some cases precisely non-orgasmic. Or to put it another way, maybe depression or irremediable grief are orders of human being that are precisely celebratory of the transformative dasein of orgasm. Maybe sad people are more orgasmic, or more in need thereof. If this were true, however, it would suggest that good mental health across the board is non-orgasmic, and vice versa. I have seen some cases where promiscuity is a symptom of despair, where sad people really like to have sex, it genuinely distracts them, but it’s not as common as Gaitskill’s theory might imply. And yet: there’s a whiff of the Gaitskill theory hovering about the edges of what you have said in your letter.

Among the beautiful and complex formulations in your letter is this: I have come to peace with the fact that the drugs really do help. This is beautiful in a number of ways, first of which is “come to peace.” This is the treatment objective, as you allude to it—to ferry you toward peace. But “at peace” would be the more conventional language for saying what you are saying, which implies that the idiosyncratic formulation “come to peace,” with its mildly ecstatic subtext, is essential to what you’re saying. You have supplanted the ill self, in this sentence, with an epiphanic/orgasmic substituted self who has “come to peace.” (Maybe it’s a little similar to the way that, e.g., people in twelve-step programs “come to believe” in the third step.) When Peter Kramer, in his very excellent book Listening to Prozac, suggested (in a way very reminiscent of Susan Sontag, I think) that we listen to how people were talking about their symptoms, and about their selves, while on SSRIs, he was saying something important. And that’s how I understand your coming to peace. It’s an expression of what your total self, your total consciousness, is saying about the experience of being medicated. That it still thinks in terms of the eruptive and numinous, like coming in the old carnal sense of the word, while nonetheless questing toward peace, the ultimate destination. Both ideas present in the one phrase.

Then you break out the big issue. I can’t cry. I quite enjoyed crying. To me, in this letter, crying is similar unto the tectonics of orgasmic epiphany. It’s the way that problems get resolved, it’s the way that the self, in the annihilation of certainty that is a good crying jag, gets resolved and recalibrated, perhaps reinscribed. In a more humble and less certain way. Crying is an acceptance of the mitigation of self. It’s about relaxing into all that is antithetical to self. It’s an acceptance of these things, the sometime bitter lessons of life, but also some of a life’s sweetest joys. (My daughter, Dry Eyes, spent some of this summer performing a dance, which she learned at summer camp, to a certain song by Shakira, called “Waka Waka.” It was earnest, funny, beautiful dance; however, I am, it seems, unable to watch my daughter perform her Shakira dance, to a song I don’t very much care for, without sobbing. There is no explanation for this excessive reaction—the dance is homely and human and not at all out of this world—but that the reaction is about beauty, and joy, and potential, and not sorrow. And this, it seems, is one aspect of what crying celebrates: the sublime.) You invoke Oprah and the inner child, but to me these allusions are just the beginning of the discussion. While we cannot discount Oprah as an important resource in the matter of cultural reiteration, I feel like she stops short at the inner child, and perhaps sometimes programmatically fails to describe the essences of adult consciousness and experience. Indeed, I think most of contemporary American culture fails to describe adult consciousness and its complexity.

We agree that crying is important, Dry Eyes, but do we agree on the symptom by which we establish that crying has taken place? When you say you cannot cry, do you simply mean the salty water rolling down the cheek (what the onion causes), and the endorphin serenity that sometimes follows, or do you mean the experience of the sublime that is sometimes the cause, or do you mean the grief that is sometimes the cause, or do you mean the acceptance of loss and reversal that is sometimes the cause, or do you mean the compassion that is so often the cause? You are asking for my advice, Dry Eyes, and you are referring to the condition that you have, now, as robot eyes, which is a brilliant locution, but you are perceptive about your loss already. Your perception of your own loss is sophisticated and sensitive in a way that I associate with criers, in fact. You are talking about the loss of tears as a significant human loss, something to mourn, and at least for me that means that you are still operating in locus of human values which includes feelings of grief about what has been taken from you. Your tears are perhaps of the phantom limb variety, therefore, in that you experience them, though to all outward appearance you have no signs thereof. You are trying to touch the phantom limb, certain that it doesn’t exist, when, in a way, what you should be doing is being delighted that the feeling is still there in spite of the absence of the outward signs of the feeling.

What does this mean for character? What is human character when it has to accept these absences—orgasm, tears—as signs of mental hygiene, at least as far as the institutions of mental health would have us believe? You ask me for a substitute for tears, Dry Eyes, which is sort of like asking for a substitute for the color blue. I wish I could offer you one that I was sure would work. If the feeling of weeping were to be recast in the language of the human it might look like some of the following: Rothko paintings, depictions in the media of pointless human kindness, remote videos of deep sea creatures, NASA footage of supernovas, speeches from the Civil Rights Movement, Tuvan throat singers, that passage in The Magic Mountain that is all in French, the Bach cello suites. These are all examples of the sublime (for me, that is, writing these lines in an airport in California), and if they cannot produce tears, they can produce the ineffable thing that requires the same muscle as tears, which is wonder, the being here of wonder.

The drought of tears, in the end, is the cost of the medication. You, Dry Eyes, are a person who longs and grieves and wishes and hopes, in the context of tears, and I don’t see these feelings as a problem, at all, and they are no indication of disability. Rather they are the manifestation of a full palette of human emotions. You could have the tears, you could write of the tears, you could paint the tears, you could sing the tears, you could record the tears, you could call and friend and describe them, any time you want. You just, apparently, cannot have them on your cheek. At least not until the pharmacology changes. Your acceptance of this is precisely a thing to weep over, and that is who you are, and it is how you formulate this problematic—like a crier. You have done your regretting in language. Which I admire. You have memorialized tears, which is a sign that you still feel them, indeed, proof that you are well on your way to the wonder of being here.

You too can receive life coaching from Rick Moody: email rickmoodythelifecoach@gmail.com

"Gateway to the Ozarks" 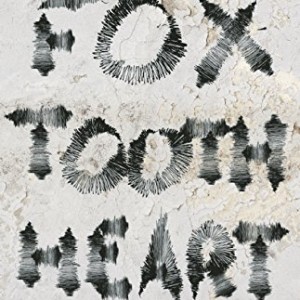 "Gateway to the Ozarks"

Before the first genetic clone of Thomas Jefferson turned thirteen, he would puzzle out the steps that had led to his conception,...
© LitHub
Back to top