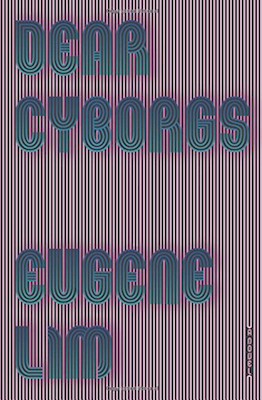 The following is from Eugene Lim’s novel, Dear Cyborgs. In Dear Cyborgs, two boys bond over their outcast status & a mutual love of comic books. Meanwhile, in an alternative universe, superheroes ponder modern society. Eugene Lim is the author of three works of fiction. His writing has appeared in Fence, the Denver Quarterly, The Brooklyn Rail, & elsewhere. He is the founder & managing editor of Ellipsis Press & works as a librarian in a high school. He lives in Queens.

Dave said, I’d met this guy at a bar who happened to be a night guard at The Frick museum, and he said he could, since he knew I was a painter (‘Only a Sunday painter,’ I’d said; ‘Whatever,’ this guy’d said), if I was interested, let me in to the museum after hours.

“So he set it up,” Dave continued, “somehow with his bosses. He was a gregarious guy who was difficult to say no to. And so one night after closing I met him at the museum around ten o’clock and he gave me the run of the place.

“Henry Clay Frick, the man who had collected all these works by Dürer and by Delacroix, these paintings by Watteau and Kirchner, at the time he had collected them was dubbed the most hated man in America. For he was a vicious capitalist, and it would be as if Dick Cheney and the Koch brothers were one man and had begun collecting all the Donald Judds and Robert Smithsons and all the Joan Mitchells and Julie Mehretus and all the Joanne Greenbaums and Paul Chans as a historical machine, a timeless massager of their reputations, so that instead of a villainous and rapacious, murderous bigotry and egotism, we instead only remembered dimly this rough history, seen through a glass darkly, and it is as if we were blinkered and blinded by these beautiful and profound works of art placed before our eyes to shield these evil men of power from true and righteous judgment and to shield us, too, from the wearisome task of carrying out that judgment. See—it’s exhausting just to say so.

“And so I was ecstatic to be allowed into the museum, this mansion, at night where I could roam its halls and peer at these paintings as if I owned them myself, or, even more, as if I were in some cosmic dance with them, some intimate relationship with these 19th century masterpieces, these works by Fragonard and Whistler, these works by Vermeer and Constable, by Goya and Titian, by El Greco and Ingres. And it was, initially, a sublime, sweet and slow walk through its intimate galleries and down its halls—the museum at night.

“But after a few hours of this, after living out the fantasy of being alone with these paintings, I realized there was something immensely lonely about the experience, or, that it was something so ecstatic that it had to be savored jointly, with some other soul or souls, or else the solitude would ruin the taste, would transform the sweet into bitter, the wine into vinegar. So I left the museum, came out into the cool night, and walked for hours and hours digesting what I had seen, my mind overrun and seized with both beauty and sadness.

“At dawn I came up with a plan. This was, I recognized, a high point in my life. I couldn’t just leave it (which I realize now was perhaps unwise), and I thought: I have to do it again. But this time I have to bring somebody else.

“And so I invited this woman I knew.

“She happened to be an art critic. Actually she was an arts blogger. Well, in actual fact, she was a data analyst at a corporation and worked eighty hours a week building profiles of you and me and everyone else we know so that targeted messages would have us buy, at just the right moment, just the right brand of diaper or automobile or colonoscopy. For her tireless efforts she was paid huge sums with which she bought the combinations of Xanax and marijuana and cocaine and vodka that helped to ease her often ruffled psyche. But in a previous incarnation she had held down waitressing and dog-walking jobs so that she could get through an MFA in studio art, in ‘multimedia,’ which she claimed was a vocation—and this turned out to be true—for which she had no calling.

“However these days, on the side—because she was immensely talented and energetic, which was why I was drawn to her—she contributed (under pseudonym) to one of the city’s more widely read art blogs. She made it a point to spend all of her scarce free time going to galleries. In fact this was where I’d met her, standing in front of a painting we both happened to admire. We casually exchanged comments (“mesmerizing,” “so beautiful,” “makes it look easy”) and that was that—but then her face popped up several weeks later on OKCupid.

“So a month after my first visit to the Frick my friend quite generously arranged for it to happen again. Except this time I was bringing along a date.

“At first it was just as before but better, because it was still a fantastic privilege to wander that space and live for a few hours with those paintings in a bubble of private intimacy—but it was even better because one could share that wonder with another person, and so that wonder—the ecstasy, the joy—became reflected and built up by some harmonic into a golden, gonging mutual pleasure.

“But she kept talking.

“She talked the entire time. And it wasn’t that what she was saying was so wrong or so pedantic or so pandering or so not up-to-the-moment. These things were true. But they were true about what I was saying also. And I too was talking the whole time. We were commenting on our experience and the exegesis, which was necessary to make the sublime more human, more touchable, turned out to be the thing that tarnished it irreparably, secularized if not made it profane, and so turned the transcendent ritual into a bauble of anecdote.

“Fucked alone. And if not alone, likewise fucked,” concluded Dave.

From Dear Cyborgs.  Used with permission of FSG Originals. Copyright © 2017 by Eugene Lim. 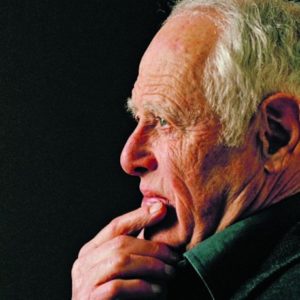 James Salter's Last Interview I conducted the following interview with James Salter in the Fall of 2014. It was published in the University of Virginia’s...
© LitHub
Back to top