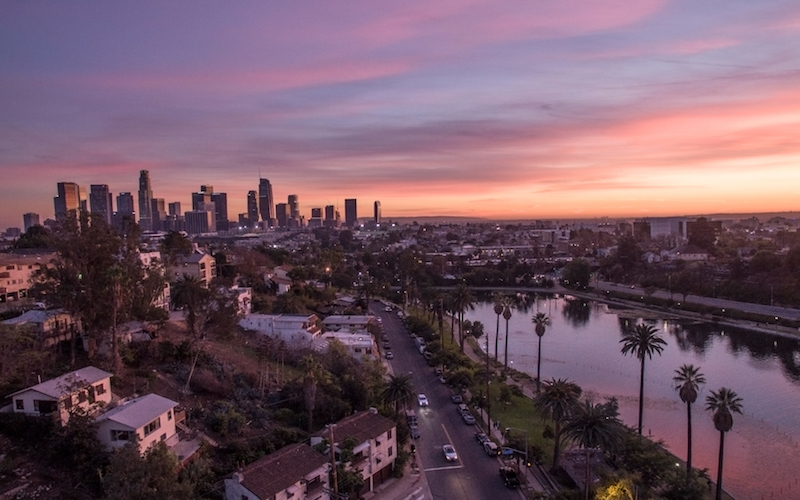 David Ulin on the Rapidly Changing Landscape of
Los Angeles

In this episode of A Phone Call With Paul, Paul Holdengraber speaks with David Ulin, writer, and former book critic of the Los Angeles Times, about the dramatic changes in Los Angeles, the literature of the city, and his work on Joan Didion.

Paul Holdengraber: What are the most dramatic changes you find in the city of Los Angeles?

David Ulin: It’s changed dramatically in the last 15 years. It has changed more dramatically and more quickly than any other city that I have lived in. There are a couple things that are happening. One is a push to redevelop public transportation as a viable option or an alternative primarily through the city with the construction of light rail and the expansion of the subway line. Secondly, a kind of densifying process both in terms of verticalization and more traditional uses of combined commercial and residential. It’s a double-edged sword because we’re also at a tipping point where the city is about to fly into too much development and too much construction. That’s a concern of mine.

All these elements make Los Angeles more of a traditional city—even we can even use that word—or at least a Los Angeles version of a traditional city: a city with street lights that is more densely occupied and a city where you don’t necessarily need to travel by car. It’s still in the middle of that process. It has to do with the fact that Los Angeles always has the bones of that city. It’s a city of neighborhoods. Traffic, congestion, and mobility have become more difficult and more constrictive. It’s harder to get around town. People have begun to stay in their neighborhoods more and think more in terms of the neighborhood. I think strongly that neighborhoods are the building blocks of cities.

PH: There’s a very strong feeling in Los Angeles for private life rather than a public square. What strikes me about what you just said about Los Angeles being this extraordinary sprawl that it has always been known for being that you quote that wonderful line from Dorothy Parker where she says that Los Angeles is 72 suburbs in search of a city.

DU: I would say parenthetically that only a New Yorker would define Los Angeles that way because it’s a very New Yorker-centric view of how cities operate and how cities work. . . . It is a private life city, and it always has been a private life city. When this city began to develop in the early part of the last century space was everywhere. There was just this giant empty space that had to be filled up. It began a city where the idealized residential unit was the single-family home. Because of that kind of ideal—the idea of the single-family home or what we might call gracious California living—it became a city where most of the cultural activities happened at home behind closed doors. It wasn’t a city with a lot of streetlights. It became a driving city . . .

Going back to the 20s, when Louis Adamic, who was one of the first social critics living in and writing about Los Angeles called it the “enormous village,” using that model both for its insularity . . . and its focus on domestic life it operated in a very different way than a city like New York or Paris where much of the cultural activities were taken out of the house, on the boulevards and in the street and at cafes, bars, and restaurants. In Los Angeles, it’s always been a private life focus. What we are seeing now is a bit of a shift from that. That private life ideal is still essential to how much of the city thinks of itself, but there is a push to change that due to generational and economic reasons.

What we’re seeing in sections like Koreatown and Downtown Los Angeles looks like what the urban centers of Los Angeles we might have seen prior to World War II where downtown was a kind of center and a desire for public transportation, streetlights, and urban friction in a sense. We’re at an interesting moment because you have two opposing cities: one being the traditional Los Angeles model in the private home and the other is the more classic 19th-century to early 20th-century model of the city with the public life. They are not exactly in competition or conflict, but they are definitely rubbing up against each other and creating an interesting friction in terms of how we think of the city and also how we occupy and use the city.

Reading Women on the Literature of India's Partition 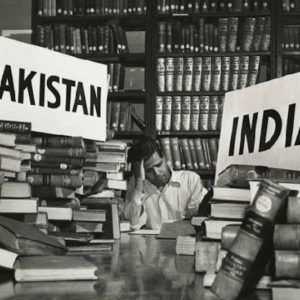 Reading Women on the Literature of India's Partition

Kendra Winchester and Sumaiyya Naseem introduce this month's Reading Women theme, the partition of India, with special...
© LitHub
Back to top