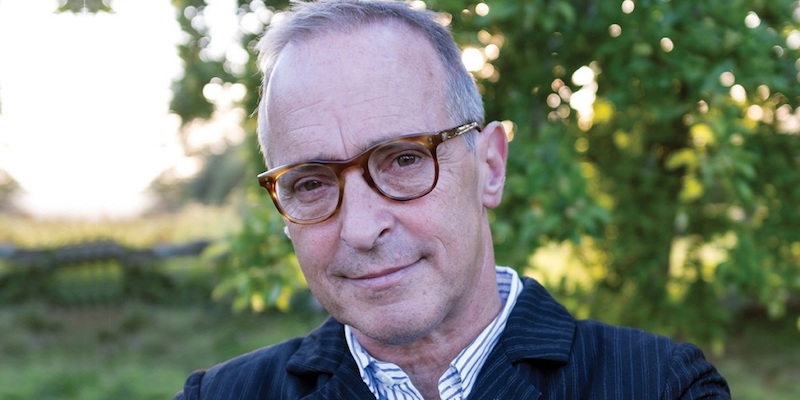 My favorite feature at The Strategist is the one where they ask celebrities what things they can’t live without, mostly because a) I’m nosy, and b) I’m always ready to go down an online shopping rabbit hole. Today, the celebrity in question was essayist David Sedaris, who, among other things, sings the praises of a particular notebook:

I first got this in Tokyo. The writing on it is German and it’s got the symbol of Lufthansa Airlines on it (only upside down), and when I first got one I didn’t really speak any German, so I just assumed it was something from the airline. But I brought it Germany to look for more, and they told me the German on it doesn’t make any sense. That’s because it’s actually a Japanese notebook. It’s a Japanese fake German notebook. I could only find these in Japan — the ones they have here at this size are bound on the left and not the top, which makes it more difficult to fit in my pocket. I actually just found them at some store in New York on 8th Street. They had five of them that were all silver. I bought them because I have all different colors, and I’ll change them through the seasons. I think silver would be good for winter.

I have about 50 now. I bought a bunch in Tokyo last year because I thought they were being discontinued. I was being really stingy with the ones I had, and once I found them in Tokyo, I went nuts. I can never have enough. I like that it fits in my pocket well and the rubber band keeps it closed so it doesn’t flop open. I fill a couple pages every day. Yesterday, I wrote that I saw about 20 different women with the exact same nose on the street. That was something I noticed.

And if you’re looking for a pen that fits your new pocket notebook perfectly, Sedaris has a recommendation for that, too. Damn it, I guess I have to go to Goods for the Study after work now.