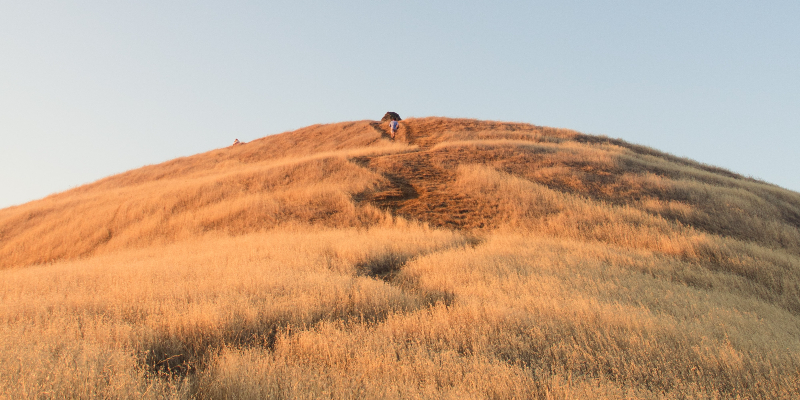 The coronavirus has shrunk the scale of our individual worlds, setting us on an uncertain and increasingly narrow path. While in lockdown, Footprints author David Farrier finds inspiration in the meandering imprints left by the tracks of animals. He begins to seek out desire paths: ways of walking and paying attention that mimic the way an animal pads a path across the land. Walking through his neighborhood, he locates new ways of moving which offer new opportunities for noticing both where we are and where we wish to be. When we keep ourselves open to the unexpected, he suggests, we might find a new path from here to there, and from present to future.

Being restricted in where we can go offers new opportunities for noticing where we are. Since we went into lockdown, I’ve been working in a room that looks down on our suburban back garden. One day, when lockdown was still new, I was staring out the window, struggling to concentrate and trying to get to grips with the way the world seemed to have slipped its rails, when something caught my eye: a bluish line running the length of the lawn, about three feet from the right-hand edge. It broke from between two planters on the patio beneath my window, and followed a shallow parabola under the boughs of the apple tree before disappearing into the long grass under the trampoline.

Faint but insistent, it was a desire path, probably made by foxes.

I’m not sure why I hadn’t noticed it before. Perhaps it was new, but far more likely I simply hadn’t been paying attention. Hunkered down through the last weeks of the Scottish winter and absorbed by the demands of work, I had been blind to this path that crossed with mine. It was ordinary and incidental, just a shadow, but it offered a glimpse into a life lived unseen within touching distance of my own.

Desire paths speak of possibility. All animal paths are desire paths; so were the first roads, shaped by nothing more than a common urge to join one place to another. The poets Paul Farley and Michael Symmons Roberts write that desire paths “begin over time, imperceptibly, gathering definition as people slowly recognize and legitimize the footfall of their peers.” It’s been suggested that 15 journeys are all that’s required to begin a fresh way, to introduce new shapes to the built environments we live in. Where the designed way is often straight and rectilinear, the desire path bends and flows. It offers grace rather than instruction.

Paved roads show us where we ought to go, but desire paths are made when we step off the road and let our hearts decide the way. They seek out the most direct connection between where we are and where we wish to be. Worn by the pressure of passing feet, they’re declarations of a kind: there is another way.

For many of us, lockdown has been a retreat into what is most familiar. Each day is distilled to a few basic elements: the same walls, the same street, the same single trip outside for exercise or to buy food. It’s as if the world has shrunk to a scale more familiar to the 19th century than the 21st, the scale of the foot rather than the wheel.

Since it hasn’t been possible to wander far, I have been exploring ways to get lost close to home. When I’m out running or for a walk with my daughter, my eye is drawn by the shadow that indicates a gap in the tree line, a break in a fence, or a passage between houses—routes which, pre-lockdown, I’d probably have ignored because they didn’t take me directly to where I wished to go. Now, though, I want the unvisited corners, the generosity of the unexpected. I want to leave the path I know and join one I don’t.

David Farrier is the author of Footprints: In Search of Future Fossils. In 2017 he received the Royal Society of Literature’s Giles St Aubyn award. His writing has appeared in Aeon, the Atlantic, and Lit Hub. He lives in Edinburgh and teaches at the University of Edinburgh.

The GOP Lost Its Way Long Before Trump 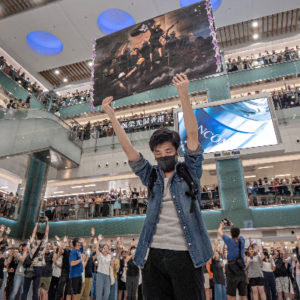