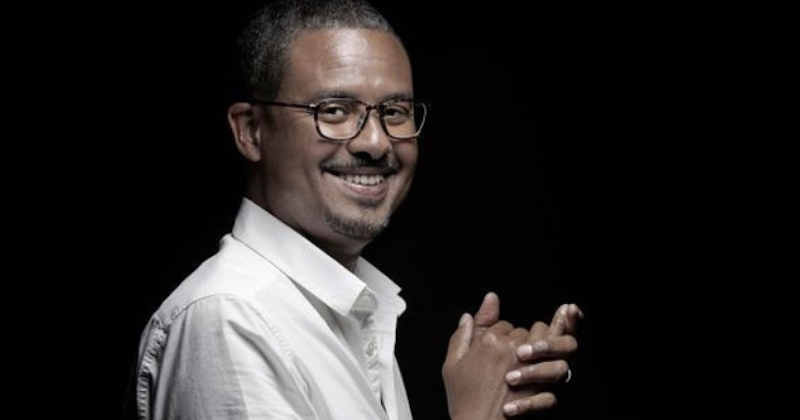 David Diop’s At Night All Blood is Black has won the 2021 International Booker Prize.

David Diop today became the first French writer, and the first writer of African heritage, to win the prestigious International Booker Prize for translated fiction for his harrowing novel about a Senegalese soldier fighting for France in the first world war, At Night All Blood Is Black.

Inspired by the silence surrounding his great-grandfather’s wartime experiences, Diop’s second novel (his first to be translated into English) interweaves the history of World War I with the history of colonialism, charting the decent into madness and brutality of a young soldier who witnesses his childhood friend die on the frontline.

First published in France in 2018, At Night All Blood Is Black has already won the Prix Goncourt des Lycéens and the Los Angeles Times Fiction Book Prize. Upon its US release late last year, the novel was hailed as “astonishingly good” by NPR, “a searing, eye-opening tale of innocence destroyed” by Kirkus,  and “a spare yet extraordinary novel about this bloody stain on human history” by the New York Times.

Chair of International Booker judges Lucy Hughes-Hallett, meanwhile, said this of the novel:

The book is frightening—reading it, you feel you are being hypnotized. Your emotions are all jangled up, your mind is being opened to new thoughts. It is an extraordinary piece of narrative, very powerful, very compelling. The protagonist is accused of sorcery and all of us, we judges, did feel this book had somehow put a spell on us. It is that hypnotically compelling.”

Diop and his translator Anna Moschovakis, who were announced as the winners in a virtual celebration live streamed from Coventry Cathedral earlier today, will split the £50,000 cash prize. You can watch the ceremony here: