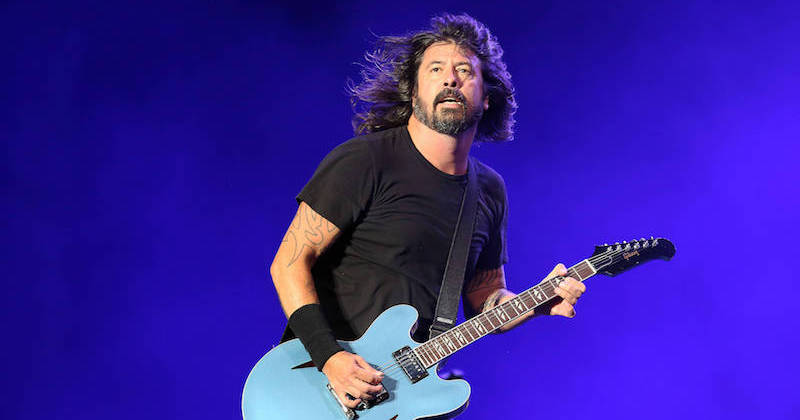 Dave Grohl is publishing a memoir to usher in Grunge Guy Fall.

And it’s about damn time.

Yes, the former Nirvana drummer and current Foo Fighters frontman is, after 30 wildly successful, gloriously maned years in the business, putting it all down on paper.

Earlier today, Dey Street Books announced that they will be publishing Ghrol’s The Storyteller—“as much a celebration of music as it is about the moments that have molded him into the man he is today”—on October 5th of this year.

Tragically, because I was seven and living in Ireland at the time Cobain died, I never got to see Nirvana play live, but I have had the distinct pleasure of seeing Foo Fighters on stage on three or four occasions (maybe five? Early-to-mid aughts Irish festivals tend to bleed into one another…) and let me tell you: Dave, Taylor, and Co. brought it on each and every one of those drizzly, muddy, wildly-overpriced occasions.

My beloved CD collection—by the time I finally let it sink below the icy waters of the Atlantic so that my heart could go on—contained not one, not two, not seven, but six different Foo Fighters albums (it actually would have contained seven but I loaned In Your Honor to a girl I liked back in ’06. Hope you’re well, Donna, wherever you are) as well as the Varsity Blues soundtrack, which still slaps.

The Storyteller will hit shelves just two weeks after the 30th (!) anniversary of Nevermind, so I hope you’re all prepared to embrace Grunge Guy Fall, wherein a legion of newly-vaccinated, ripe-smelling Gen Xers in moth-eaten flannels will be rolling back the years in pop-up mosh pits from Seattle to Sarasota.